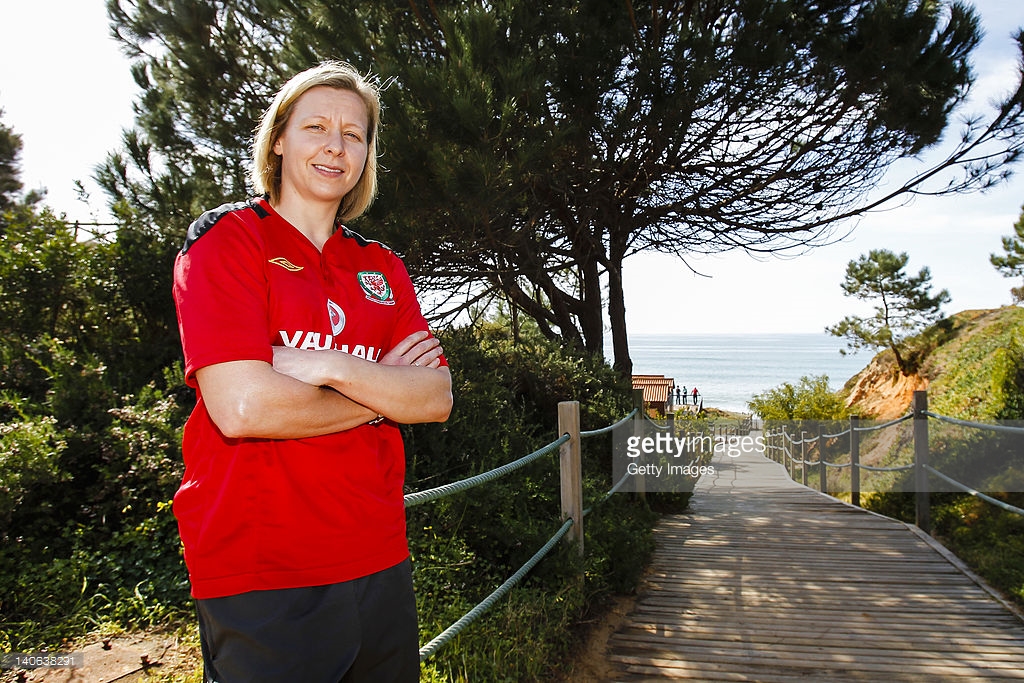 Wales will go into the game at Newport’s Rodney Parade on 1 December hoping to qualify for a major final for the first time in their history.

Wales are second in Group C, three points ahead of Northern Ireland who have a game in hand.

If Nothern Ireland do drop points against Belarus on 27 November, then the play-off spot will be back in Wales’ own hands for their game four days later.

But if the Irish win that game then victory in their final home game against the Faroe Island would see them take seocnd spot inthe group ahead of Wales.

“It is like a Cup final,” said Ludlow, after naming a 26-strong squad on Friday. “It is a bit of a strange one because it is that bit of you that don’t want to focus on things you can’t affect, but it’s in the background.

“Right now, from a coaching perspective, we are looking forward to camp.

“The big thing about this camp is we going into it the camp a little bit into the unknown as the Northern Ireland and Belarus game happens midweek.

“Depending on the result there it potentially changes our thought process going into our last game on Tuesday.

“But we are looking forward to a week Tuesday stepping onto the pitch again and being competitive.”

Ludlow has given Esther Morgan and Caitlin Morris their first senior call-ups.

Both have developed through Wales’s age groups with Morgan captained the U19s in last year’s UEFA Women’s EURO U19 qualifying rounds.

“There will be a little bit of familiarity because of the coaches and obviously some of the players they would’ve played within the age group environment,” added Ludlow. “What I’m hoping for is they step right in and complete from the off.

“Knowing both very well and know what they’re abilities on and off the pitch, they can be a good part of the team and obviously they are intelligent players, and it could be very well for them in their club environment. I’m really looking forward to seeing them and how they compete.”

“Knowing Esther as an individual she’s a very competitive young lady and she’s obviously with Chelsea for a good chunk of time and developed well there in their youth system.

“She wants to challenge herself, so she stepped into a senior environment she’s doing well so for us it’s a case of bringing her into an environment and seeing how she competes.

“I think the squad you’re talking about (Tottenham Hotspur) is full of talent so obviously you mentioned the big name (Alex Morgan) and she gets a lot of applause for her accomplishments for the game being a World cup winner, but their squad is full of good players.

“I’m hoping she is learning from the likes of Josie Green and Anna Filbey who are there as well who are Welsh National team players. So, I’m hoping that there looking at her for someone to take them under their wing.”

Wales, who came so close to qualifying for the World Cup in their last campaign, beat Belarus 1-0 when they met last year.

Ludlow’s side lost last time out 1-0, to Norway which took qualification out of their own hands due to the home 2-2 draw with Northern Ireland.

“There are some big targets we are trying to hit on this camp in regard to people having the opportunities to show what they can do,” said Ludlow. “A specific game plan to try and win the game against Belarus too and the last game we played they gave us a tough test and thankfully we had three points, but we are expecting a tough test again.

“The thing about national team football is when you do have a disappointment, going into the Norway fixture where we expected to win but had the game progressed could we got the point we needed, potentially yes.”

Wales’ squad does include Sophie Ingle and Jess Fishlock who have both won more than 100 caps for their country as well as all-time leading goal-scorer Helen Ward.

But Wales will be without Anna Filbey and Megan Wynne due to injury.