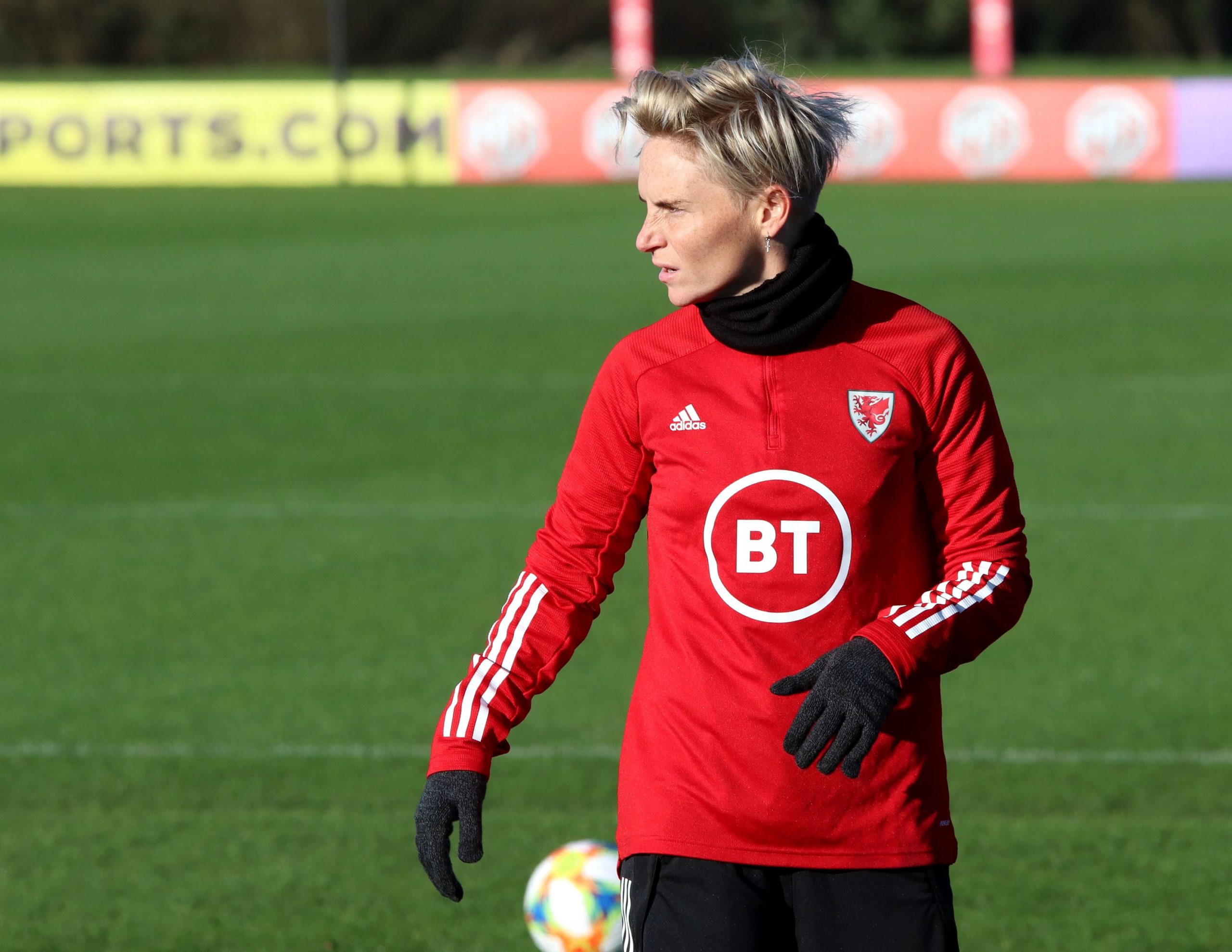 Jess Fishlock set to win her 120th cap against Belarus...and has no plans to stop. Pic: Owen Morgan

Jess Fishlock reckons Wales’ next generation of footballers can be the best yet – and she wants to be part of it.

The 33-year-old is set to win her 120th cap when Wales end their UEFA Women’s Euro2022 qualifying campaign against Belarus at Newport’s Rodney Parade on Tuesday (KO 7.10pm).

Fishlock knows it will take a miracle for Jayne Ludlow’s side to bag a play-off spot even if they win their final game with Northern Ireland only needing to beat minnows the Faroe Islands to take second spot.

But Fishlock hopes victory will act as the platform for the next qualification campaign when the next crop of internationals will be looking to earn Wales a spot in a major finals for the first time.

“I have no intention of retiring at this moment,” said Fishlock, currently playing her club football on loan at Reading.

“Mentally, physically and emotionally I am still 100 per cent here with this group and with Wales. Until that changes, I am always going to be available for my country.

“We have a really good squad right now, and we’re just going to focus on ourselves and on putting in a good performance on Tuesday to move into the next campaign. We want to finish this campaign on a high.

“We feel this is a really good squad right now and probably the best group of 18 to 22 players that we have had collectively for a long time.

“A lot of that comes from the youth and Jayne has done a great job of bringing through players that quite frankly can start to play right now. It will be up to us as senior players to support them with that transition.”

Wales go into the final game in third spot level on points with Northern Ireland and with a far superior goal difference.

But second-place will be decided on results between the teams and Nothern Ireland’s crucial injury-time leveller than earned them a 2-2 away draw at Rodney Parade 15 months ago will prove decisive with the match in Belfast ending goal-less.

“The only way you get through this is by having honest conversations,” added Fishlock.

“A lot of us knew after the Northern Ireland game that it was going to be out of our hands. We’ve had those conversations and the outcome bodes very well for the future.

“We need to be better in our performances and our game management. There is an element to us that has improved but there are elements that haven’t.

“Obviously we’re disappointed and frustrated at the way it’s panned out. We also completely understand and take responsibility for how it got to this.

“We never wanted it to be out of our own hands, and so right now it’s important that we regroup and focus on moving forward. But the camp has been good for us and we’re already looking forward to the next campaign.”