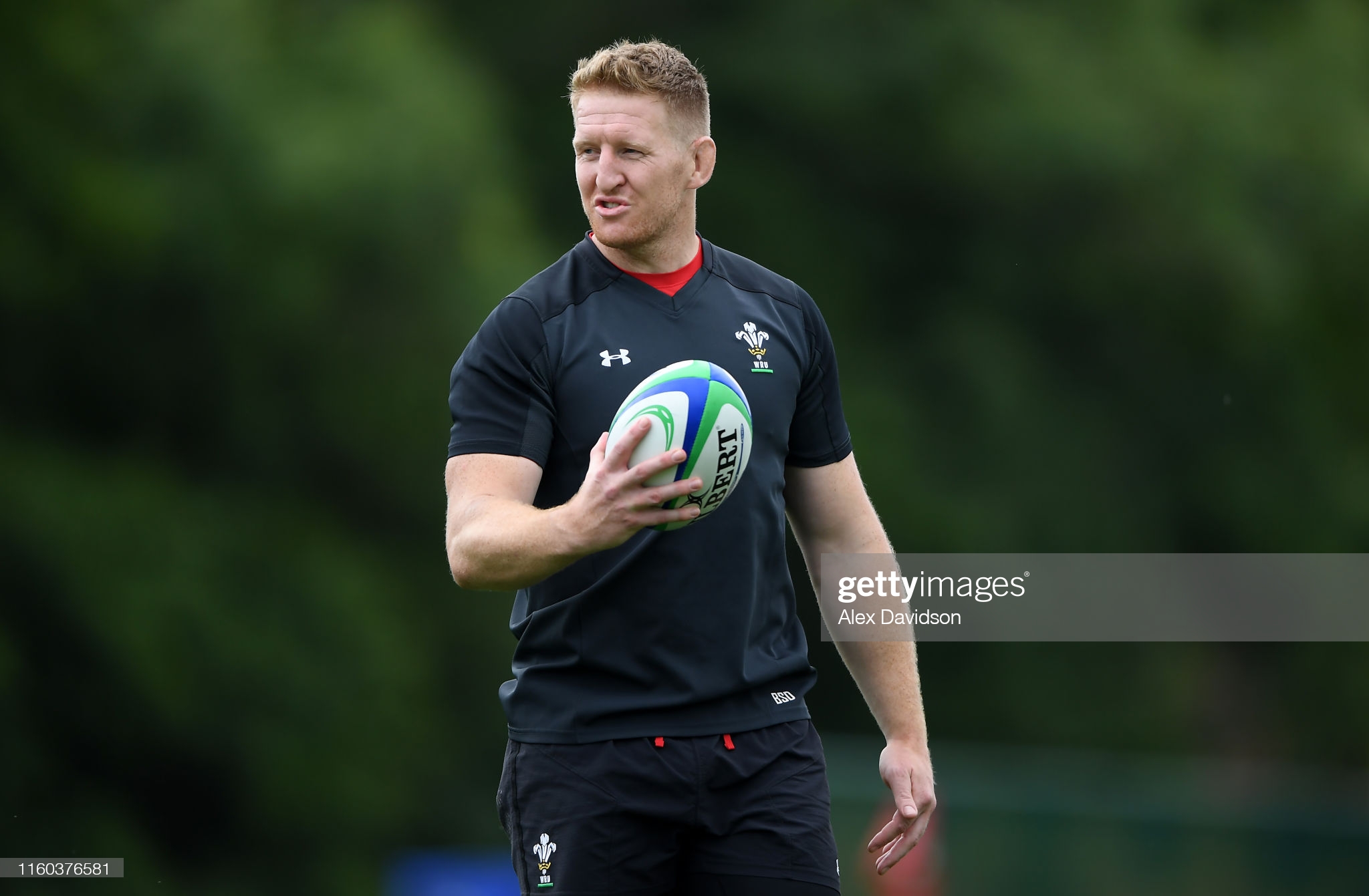 The Covid-19 pandemic has struck many rugby clubs across Wales, but few players in the professional game have been as deeply affected as Wales and Ospreys star Bradley Davies. Speaking about his illness for the first time, Davies has admitted monitoring his own oxygen levels due to breathing problems, left him fearful about his long-term health, as he tells Alex Bywater.

Bradley Davies has revealed he feels lucky to be alive after a serious scare with Covid-19 left him checking his own oxygen levels.

The Wales international, a Test-hardened 66-cap veteran, has admitted he felt “scared” by the impact of the virus on his health just a few weeks ago.

Davies was laid so low he had an oxygen monitor installed at his home and feared he would need to be admitted to the hospital Covid wards, which were full to capacity at the time.

He avoided that fate but after worrying the outlook for his rugby career might be “bleak”, the 34-year-old Ospreys second row has since made a full recovery – and will line up for his region against the Dragons on Sunday in a Rainbow Cup clash that will be screened in full later in the day by S4C.

“I had a nasty shoulder injury and midway through my rehab I caught Covid quite bad,” said Davies, who played for Wales at three World Cups.

“That put me back four or five weeks. It’s nice to be back on the field and still be alive the way things went. I got tested then went home and trained in my garage and felt fine.

“I hit the wall, then. My wife was peeling me off the sofa every day and realised it was quite bad. It was ridiculous and I wish it on nobody. It was quite sketchy.”

Davies contracted the virus in January and the long-lasting effects meant he only made his return to playing last week when he came on for the last 19 minutes of the Ospreys’ derby defeat to the Scarlets.

Renowned as one of Welsh rugby’s biggest characters, the former Cardiff Blues player can now joke about how ill he became, but admits the effects on his breathing at the time left him extremely concerned.

“I bought an oxygen monitor after being told by the doctor that it was quite low at one point and I was probably on the verge of falling off the sofa. I got through it by eating Toblerone!

“I am fine now, but it is not a laughing matter because it was terrible.

“I was definitely scared because of the way it affects you. When I had it, I typed Covid-19 into Google and it comes up with a list of symptoms.

“I was going top to bottom every day and ticking them off. ‘Migraine? Yes. Loss of taste and smell? Yes.’ It went all the way down to the bottom. At first, I was lucky because it did not affect my lungs, but in the end it did.

“I remember I was sat at the end of my sofa watching TV and my wife said I was sounding funny and I was wheezing. It was shocking, but I am over it and I don’t want to have it again.”

In his own words, Davies “locked myself in my wardrobe for 14 days” while battling the effects of the virus to keep himself isolated from his wife and two young children.

After weeks away from the rest of the Ospreys squad, he slowly returned to training and is set to make his first full start against the Dragons at Rodney Parade on Sunday afternoon.

“It has probably taken me an extra month or so to get my lungs back. It was difficult to run and it was pretty bleak at one stage,” added Davies.

“Maybe I trained too hard when I had it at first. I should have listened to my wife, but I went into the garage and was training on my bike for five hours. The next day, I was on the floor.

“I was in the house with my wife telling her jokes she did not really get so I am glad to be back with the boys.”

Davies revealed his Covid scare has made him realise what he’s achieved in a career which has taken in spells at the Blues, Wasps and now the Ospreys.

“It’s not like I’ve taken things for granted because I’ve been very careful. When the lockdown restrictions came in, I stuck by them to the letter,” Davies said.

“I was good and never went out. To catch it was the biggest surprise to me because I hadn’t been anywhere. I blamed the dog! We took it for a walk and I said the dog must have given it to me!

“I did pass it on to my wife. She was positive about five or six days later than me and was bad for a couple of days. I was more worried about infecting my children or family.

“We’re engrained as players to only look back on our careers when we’re right at the end.

“I have achieved a lot and there are still things I’d like to achieve. It can easily be taken away from everyone and I’m just lucky.”