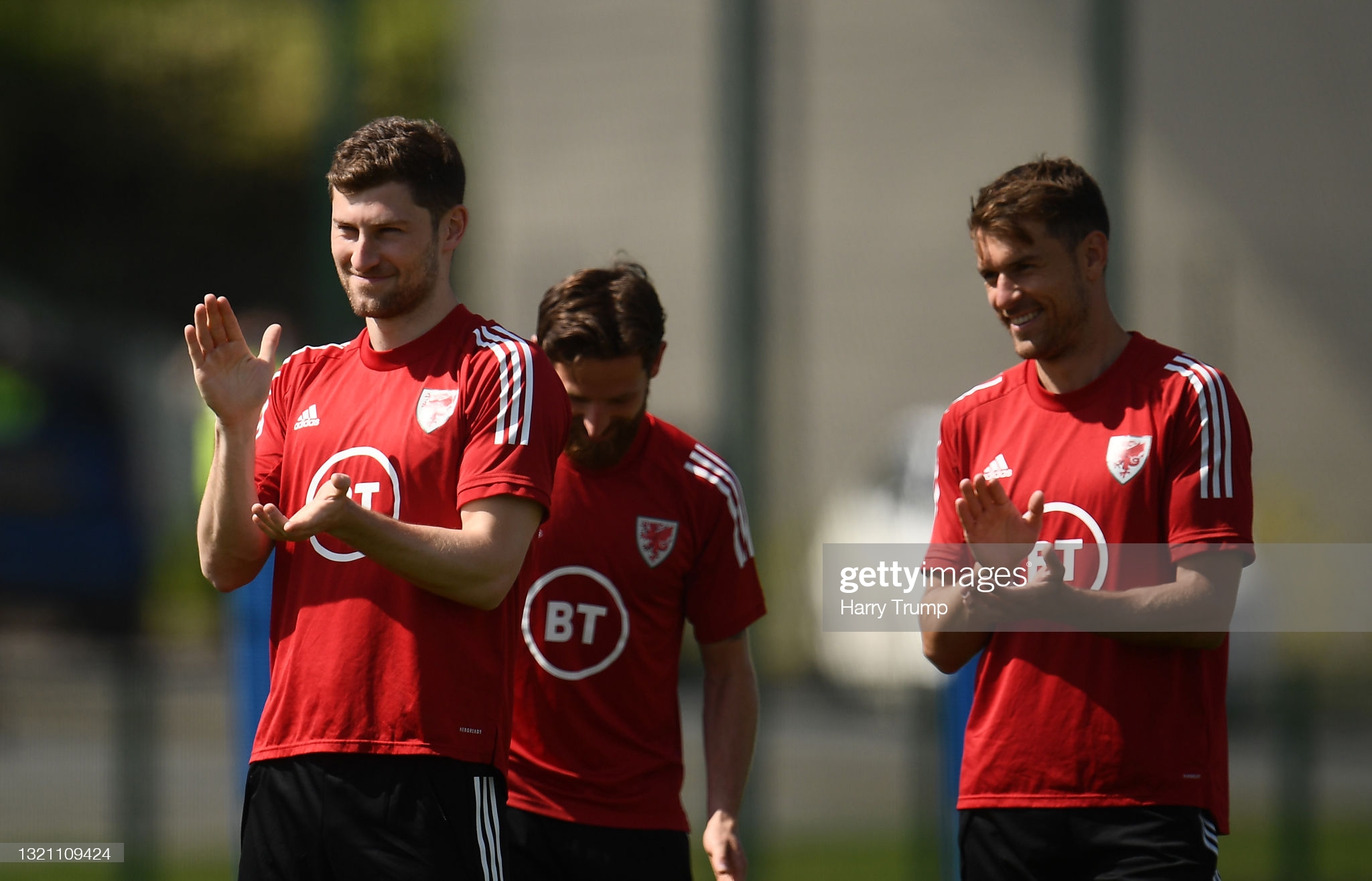 Ben Davies and Aaron Ramsey have been troubled by injuries. Pic: Getty Images.

Robert Page is confident both Aaron Ramsey and Ben Davies will be fit and ready for Wales at the start of Euro 2020.

The Wales manager is preparing his final week of plans before his team kick off their campaign against Switzerland on June 12, with one final warm-up match on Saturday when they host Albania at Cardiff City Stadium.

Page’s side lost 3-0 to World Champions France on Wednesday and were forced to play most of the match with 10 men as defender Neco Williams was sent off after 25 minutes.

As Page attempts to bring his players up to match fitness, Juventus midfielder Aaron Ramsey and Tottenham defender Ben Davies – who have both seen little game time in recent months – came off the bench to play the last half-hour.

Ramsey started just three games for Juventus in March, while Davies hadn’t played since March 21 because of a calf problem.

Speaking to Sky Sports, Page said of his squad: “We are getting there. We are in a good place.

“I’m really pleased at the minute. [There were] a lot of positives to take from the other night.

“There was probably more loaded on the players because of the sending off but we still had to make the substitutions, we still had to stick to the plan of players needing minutes.

“It will be the same story tomorrow with players getting more minutes again and building on what they’ve done against France and then getting them ready for the first game against Switzerland in a week’s time.”

When asked if Ramsey and Davies would be fit for selection for the first game, Page said: “I don’t see why not, providing we get through tomorrow unscathed.

“The plan against France was to give them 30 minutes. They ended up with extra time as well and we managed to get them on the pitch a little sooner than the 30-minute mark – maybe nearer 40 minutes so that was a bonus.

“We’ll factor that in tomorrow – they will play more minutes again.

“Then hopefully they will be ready with a good week’s training for the first game.”

Like Ramsey and Davies, Page had wanted Liverpool defender Williams to build up more match fitness by featuring against Albania.

However, he confirmed the 20-year-old will miss the match after his red card against France.

🗣️ “The feel-good factor and confidence is there”

Page said: “I had a meeting as late as 10pm last night, but there are no grounds for appeal. We will miss him tomorrow.

“It’s unbelievable, but it is what it is and we’ve had to change our plan. It is disappointing, but we’ve got to find a solution.”

Meanwhile, Gareth Bale can enjoy a great next season at Real Madrid if he is “motivated”, says the club’s new head coach Carlo Ancelotti.

Bale spent the 2020/21 campaign on-loan at Tottenham where he struggled for match fitness and first-team minutes under former Spurs boss Jose Mourinho, but Wales’ captain finished the season in good form, scoring a hat-trick against Sheffield United and two goals against Leicester City.

The 31-year-old, who is set to enter the final 12 months of his contract at the Bernabeu, has said he will reveal what his future plans are following Wales’ involvement in the European Championships. In March, he dismissed any talk of retiring after the tournament.

Ancelotti and Bale won the Champions League and Copa del Rey together in 2014 and the Welshman scored in the finals of both competitions.

The Italian insists he remains a huge admirer of Bale and thinks he can still have an impact for Real, despite being frozen out by Ancelotti’s predecessor Zinedine Zidane.

I know Carlo Ancelotti is a great manager,” Bale said ahead of the game against Albania in Cardiff.

“I get on with him really well, we had some great times in the past.”

Expanding on those comments in a Sky Sports News interview, Bale added: “He’s returned to Real Madrid and he’s a great guy.

“We had a great time together at Real Madrid and I’m sure he’s going to be amazing in charge there.

“I spoke to him when we played Everton at the start of the season, we hugged and had a little chat which was nice.

“But I’m still in the same boat and haven’t thought about it too much. I’m concentrated on our preparation now and what’s going to happen in the Euros. I’ll sort the rest of it after.”