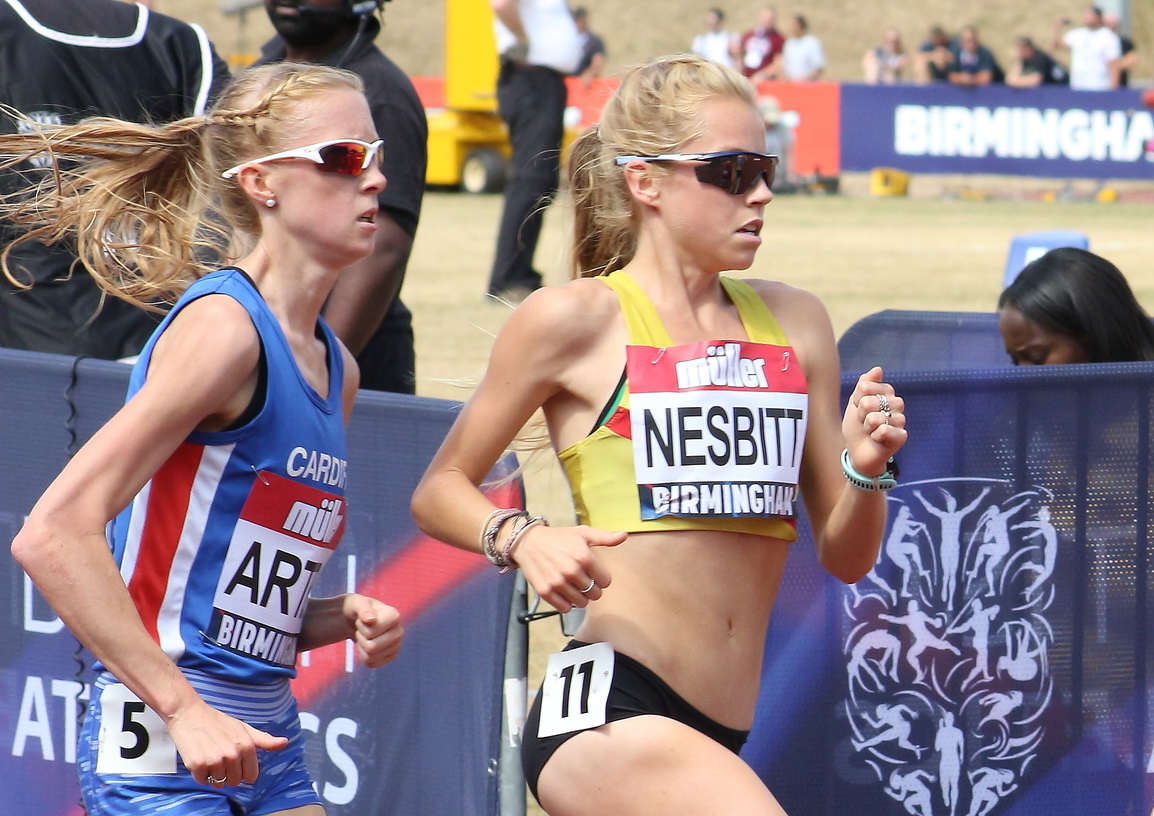 Charlote Arter and Jenny Nesbitt will be among Welsh stars in Birmingham. Pic: Getty Images.

Jenny Nesbitt and Kris Jones lead a host of Welsh athletes heading to Birmingham this evening for what will be a high class festival of 10,000m running.

The feature races of the night will incorporate the European 10,000m Cup along with the British Athletics 10,000m Championships, which double as the Great Britain trials for the Tokyo Olympics.

Included in the Great Britain team for the European 10,000m Cup at Birmingham University are Swansea Harrier Jones and Cardiff Athletics’ Jenny Nesbitt.

Wavelight technology, alongside human pacemakers, will run just inside the Olympic qualifying standard in both races, with wavelights for set slower times also.

An experienced GB athlete, the 26-year-old is no stranger to the European Cup having won a bronze medal in Turkey back in 2016 and a team gold at Highgate in 2018 .

Speaking earlier this week, Nesbitt said of tonight’s event: “I am really excited for the weekend.

“It feels like a long time since I have been to a race of such depth and significance and I’m so pleased to be on the start line.

“It is always an honour to represent Great Britain, and it feels like a while since my last opportunity to do so, so it’s even more special.

“The European Cup and Highgate hold a special place in my heart. This is the third European Cup team I’ve been on and the last two were really good experiences. I have heard Birmingham are pulling out all the stops, and the track is lovely to run on.”

The hugely versatile Jones has represented GB at orienteering and cross country as well as on the road and the track.

Recent form has seen him finish third in the men’s 5,000m A race at the BMC Grand Prix in Manchester. This after winning over 5,000m at the Welsh Athletics Elite Endurance Series in Cardiff last month and finishing second at the Welsh Elite 10,000m event.

Fellow Swansea Harrier Ockenden also makes the team alongside Cardiff Metropolitan University student Smith, who has been consistently hitting the headlines of late, most recently after running 2:11.00 on his marathon debut – a race he started as pacemaker.

Away from the European 10,000m Cup, which will attract national teams from across the continent, there are a number of other Welsh athletes taking part in the stacked fields for the British Championships and Olympic trials.

In the women’s races, Cardiff team mates Charlotte Arter and Clara Evans will be joined by Brighton Phoenix’s Welsh international Beth Kidger, who recently made her GB debut at the European Team Championships.

Also lining up in the women’s A race will be Micky Morris Racing Club’s Natasha Cockram, who earlier this year narrowly missed out on earning a GB marathon place at the Tokyo Olympics.

The first two British athletes home in the men’s and women’s races, who hold an Olympic qualifying standard, will automatically quality for the Tokyo Olympics.

The event will also be a chance for Welsh athletes to achieve qualifying times for next year’s Commonwealth Games in Birmingham.

The races will be streamed live on the British Athletics website