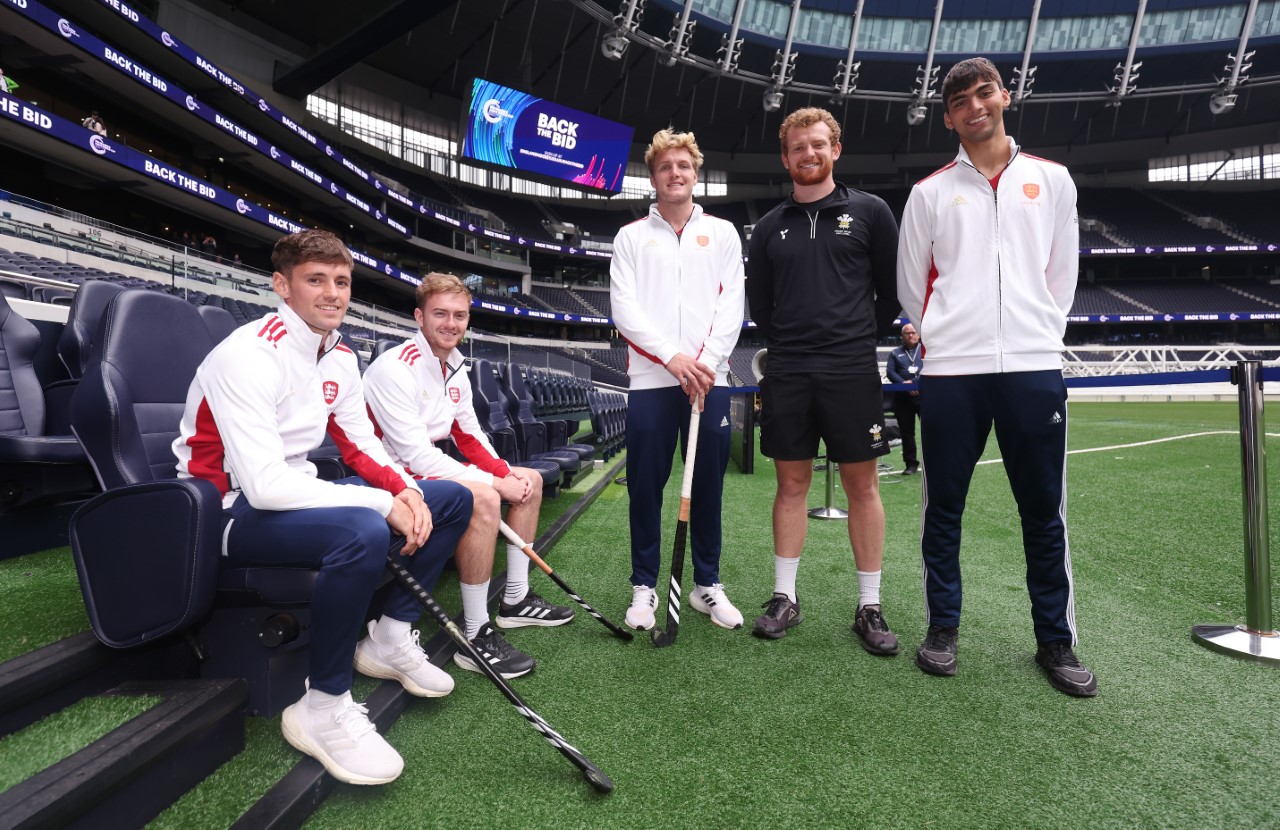 Wales hockey star Toby Reynolds-Cotterill has hailed the ‘huge’ opportunity for the sport of a joint England and Wales bid to host the Hockey World Cup.

Reynolds-Cotterill was on a visit to the Tottenham Hotspur Stadium to support the campaign to host the FIH Hockey Men’s World Cup 2026.

With less than 50 days to go until the International Hockey Federation (FIH) make their decision on the where to host the tournament, the Great Britain international joined over 20 other Wales and England players at the state-of-the-art stadium where both the semi-finals and the final would be played, to get a glimpse of what it might be like to walk out there in four years’ time.

England-Wales World Cup bid could ‘transform’ hockey – https://t.co/rLLRmdcfbe{
‘We could be playing hockey in front of 62,000 people’ – ShipperleyAn ambitious plan for England and Wales to host the biggest hockey World Cup yet could help transform the sport, according to Wal… pic.twitter.com/oCneK0qePf

The finals weekend would head to the 62,850 seat stadium, which also hosts a number of other major sports events including NFL matches, with hockey hoping to recreate attendances not seen since women’s hockey was played at Wembley in the 1970s.

Cardiff Arms Park, along with the Twickenham Stoop in London and the cinch Stadium at Franklin’s Gardens in Northampton, are the other venues that would host matches and see more than 320,000 tickets made available, making it the biggest Hockey World Cup in history.

“We don’t get enough big tournaments in Wales and Cardiff so to play at Cardiff Arms Park and in the centre of the city would be amazing,” said Reynolds-Cotterill.

So close to an equaliser for Scotland, but a great save from Toby Reynolds-Cotterill denies Jamie Golden from a penalty corner. 👏

“I’m sure the fans will turn out in their numbers and bring the passion and noise that they do. Being at Tottenham has just given the players a taste of what it would be like.

“To host the World Cup would be huge for hockey in Wales and England. It’s about building a legacy – inspiring young people to pick up a stick and developing new facilities.”

To register your support for the England and Wales 2026 Back The Bid campaign, visit: https://www.englandhockey.co.uk/backthebid