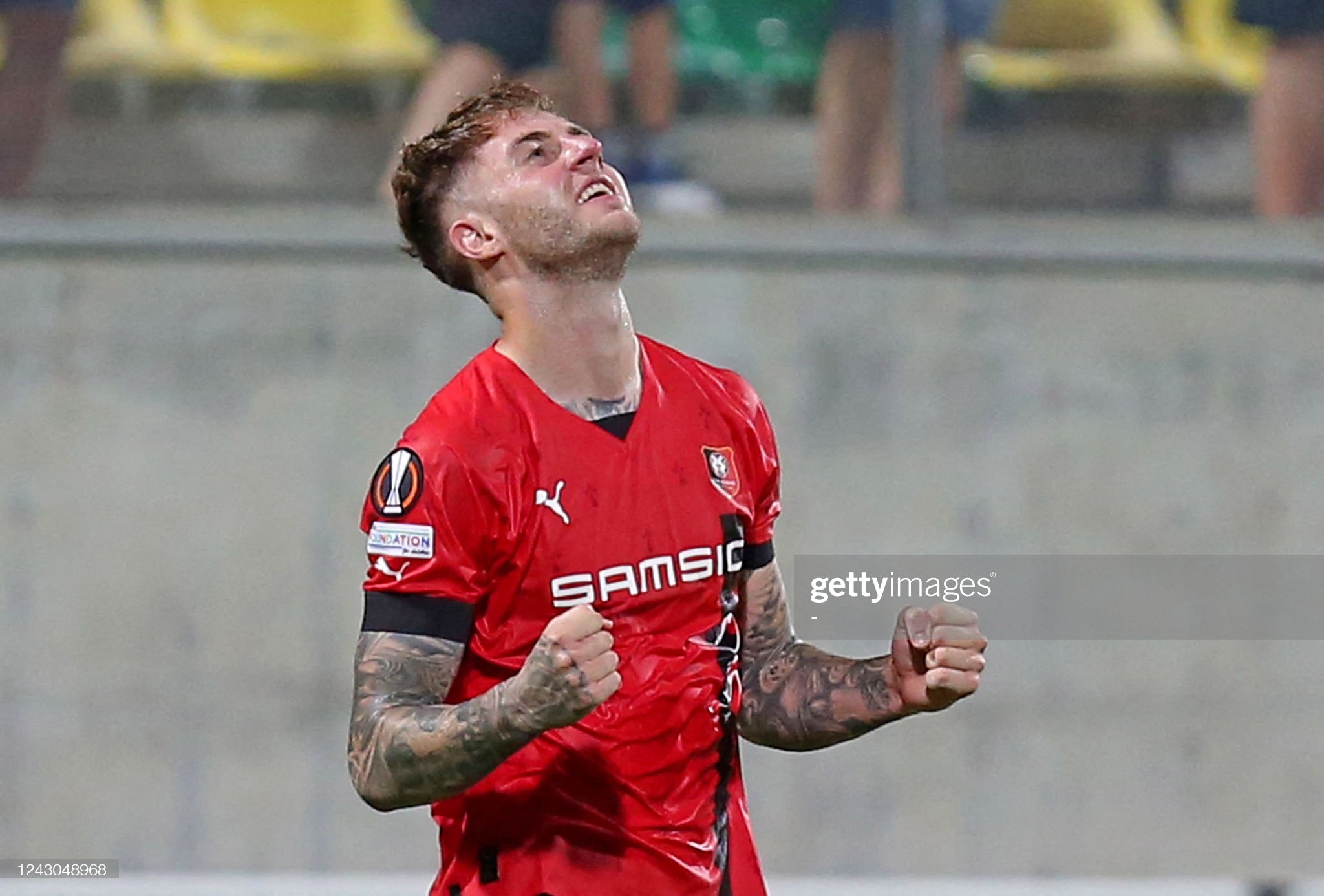 Joe Rodon has revealed he had to get away from Tottenham and the Premier League in order to fully grasp his World Cup dream with Wales.

The Wales defender – who will form a central pillar for his country at the tournament in Qatar in November – will play his first international as a French-based player on Thursday night.

Rodon left Spurs in the August transfer window to join Rennes on loan, but will now pull on a Wales shirt to earn his 29th cap against Belgium in Brussels on Thursday night in a Nations League match that is live on S4C.

So, Rodon moved to Ligue 1 Rennes for the season and admits the need to be playing regularly was high on his wishlist with the World Cup looming.

“No player wants to be going to a World Cup, having hardly played a minute of football,” admits Rodon, who played just three times in the Premier League last season and only nine times for his club in all competitions..

“As everyone is aware, I haven’t played that much over the last two years. I think it was really important for me and my development to be exposed and be put in a position where I play a lot of games. That will improve me and give me more confidence.

“I can only feel thankful and grateful for the opportunity I have been given at Rennes.

I’ll try and do myself proud by playing every week.”

Rodon has already played in nine out of Rennes’ first 10 matches so far this season, including Europa League ties against AEK Larnaca and Fenerbahce.

He believes the regularity will stand him in good stead against the multi-talented Belgians on Thursday, as well as when Wales makes their first appearance at the World Cup finals for 64 years.

“It’s really important for players to be playing week-in, week-out throughout the season, because it puts you in a great position with the national team,” says the former Swansea City star who left for £11m two years ago.

“You come into the national squad having played a lot of games. It becomes more natural and your body becomes more adapted to it.

“I’ve loved playing more games building up to this camp and it’s something I’ve missed. I want to continue doing it until I finish.”

In moving overseas – albeit only for a season – Rodon is following a trail already blazed by his Wales teammates Gareth Bale, Aaron Ramsey and Ethan Ampadu.

He admits: “I speak to them a lot and they give me advice and guidance along the way. I am thankful for that.

“I can always reach out to them because they are top professionals and brilliant senior players. I can only look up to them and whatever advice they give can only benefit me.”

S4C will show every Wales game live in the 2022 World Cup – join us for the journey. 😍🏴󠁧󠁢󠁷󠁬󠁳󠁿#Qatar2022 @Cymru pic.twitter.com/KSRGoURKPj

Bale is likely to be on the bench against the Belgians, having flown in from Los Angeles on Tuesday morning, while Ramsey is out with a hamstring injury.

Absent also through injury are Joe Allen, Ben Davies and Harry Wilson and manager Rob Page will be anxious to pick up no further injuries with the World Cup just weeks away.

But this tie has plenty of significance riding on it in its own right, as Wales seek to avoid relegation for top tier category of the Nations League.

So far, they have just one point from four games and Rodon admits it will be a difficult challenge against the number two ranked team in the world. Wales follow this game with a home match against Poland on Sunday.

“It’s the last camp before the World Cup, and, of course, we’ve got two hard and important games to play,” addes Rodon.

“We can’t really look past that, we know there’s a job to be done. All we can do is focus on Thursday, then Sunday and then look forward to the World Cup.”

In the past 10 years, Wales have played Belgium eight times and managed two victories,  four draws and just two defeats against a country that have been among the best around during that decade.

The last time the sides met was back in June, when Wales earned a 1-1 draw in Cardiff, their only point so far in the tournament.

“We want to be playing the best teams in the world in every camp. This is something the gaffer has really wanted to create, a winning mentality and it’s something we want to be a part of.

“There are two very hard games to play now and we’re going to give our all and see where it takes us.”

Live international football from the UEFA Nations League as Wales travel to Brussels in search of their first victory since their promotion to League A.