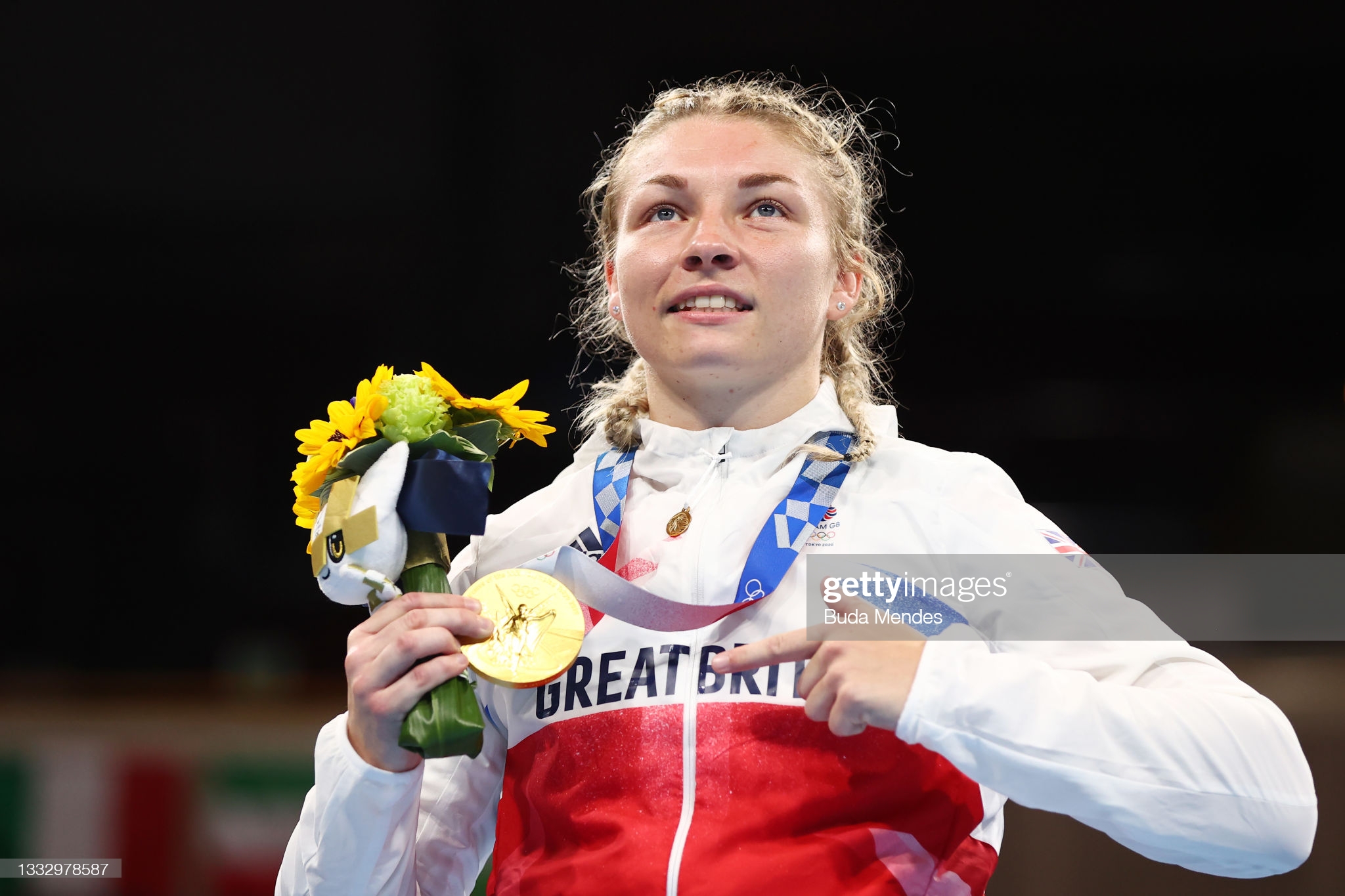 Lauren Price confirmed her status as Wales’ greatest Olympic boxer by winning gold in Tokyo and then dedicated all her achievements to her grandparents.

The fighter from Ystrad Mynach dominated her final bout against China’s Li Qian to gain a 5-0 points victory and become the first Welsh boxer to win an Olympic title.

Already a world champion in the sport, Price, 27, could now lay claim to being one of Wales’ greatest ever sports stars – male or female – having also won world titles in kickboxing, played 52 times for the Wales women’s football team, and made age group appearances for her country in both netball and taekwondo.

In an emotional interview after winning her gold – becoming only the second British woman to do it in an Olympic ring after Nicola Adams – she paid tribute to her grandmother and grandfather, Linda and Derek, who raised her from birth before Derek died last November.

“I still can’t believe it, I’ve got to pinch myself but it just goes to show, if you dream and work hard enough, you can achieve anything.

“I’m over the moon, a huge thank you to everyone who supported me on this journey, from starting off at eight years of age, to everyone back at home who has shown me so much support.

“It means the world and it’s got me through.

“A big shout out to my nan, I can’t wait to see her. My granddad passed away last year. This is for him, and my nan, I know he was looking down on me today and all week, I can’t put into words what they’ve done for me over the years.

“I love them both so much, I can’t wait to see my nan, and everyone, to show this medal off.”

Price finished off a magnificent Olympic Games for Team GB with a 22nd gold to cement fourth place in the medal table.

The Welsh boxer was the final Team GB athlete to compete at Tokyo 2020 and she put on a clinic in the boxing ring, outclassing Li Qian to win the middleweight crown with a unanimous decision.

The result means Team GB leave Tokyo with 22 golds, 21 silvers and 22 bronzes, and 65 medals in total to match the tally from London 2012. It is also the second most successful overseas Games, behind Rio 2016.

Price won the first round 10-9 across the board after catching Qian with several clean shots, and backed that up in the second on four of the five judges’ scorecards.

Price, supported by fellow medallists Frazer Clarke and Karriss Artingstall in the Kokugikan Arena, rounded both the bout and the Olympics off in style in the third round to seal gold.

In doing so, she joins Galal Yafai in winning gold at Tokyo 2020 with the boxing team winning six medals in all at these Games, the sport’s largest haul in 101 years.

Price also becomes the second female boxer to strike gold for Team GB, following in the footsteps of  Adams, champion at London 2012 and Rio 2016, whose achievements first inspired the 27-year-old to get into the ring.

She made history by becoming the first Welsh woman to win a Commonwealth Games medal with a bronze in Glasgow in 2014, before taking gold four years later on Australia’s Gold Coast and then winning a World Championship gold medal in 2019.