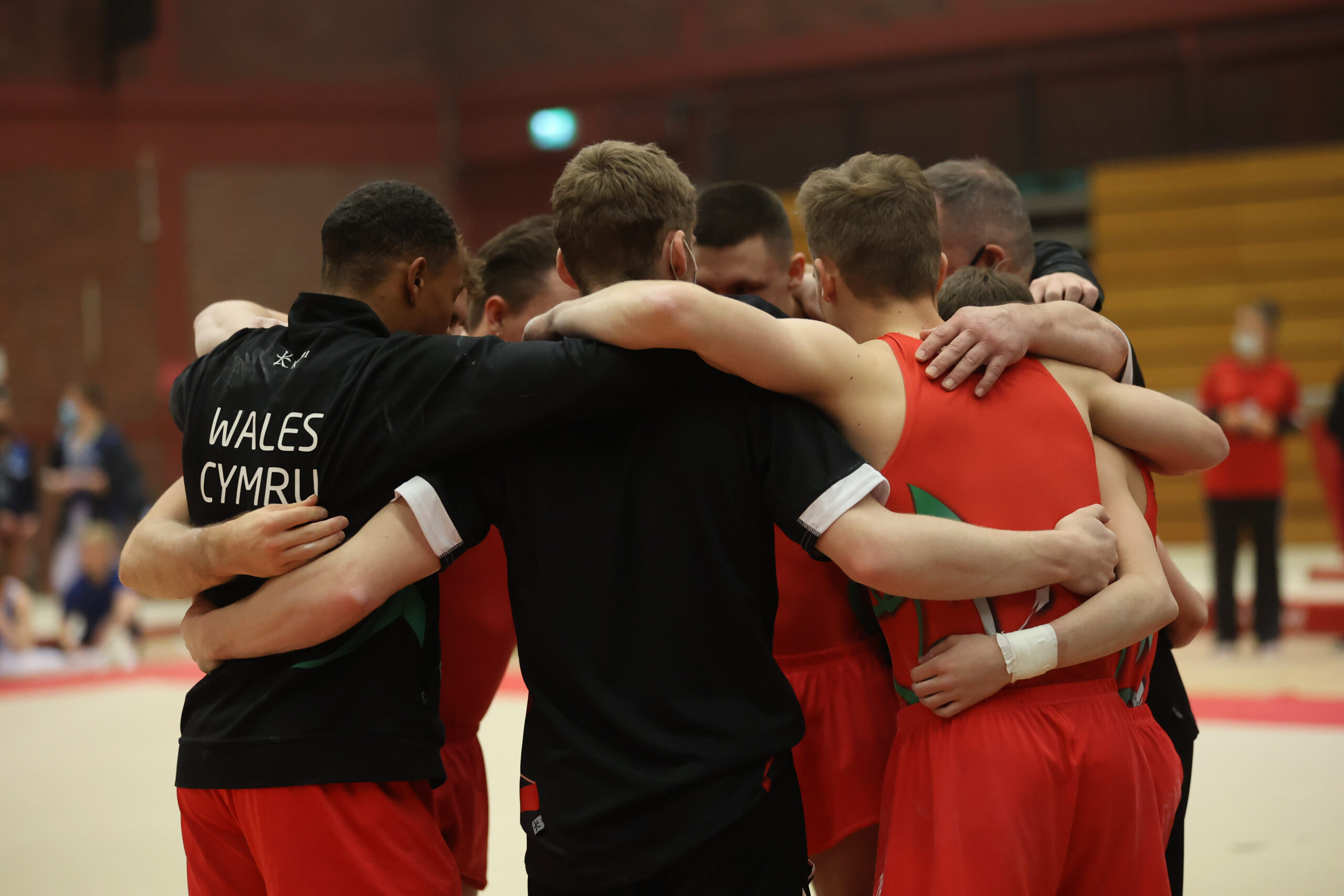 In a little over three months, Wales’ men’s artistic gymnasts will be aiming to write their names into the history books at the 2022 Commonwealth Games in Birmingham.

They will bid to do something no Welsh men’s team have ever done at a previous Games: win a team medal.

The development and gathering momentum of the men’s team over the past four years means there is now growing optimism and excitement ahead of this summer.

The Welsh men’s team won silver at the Northern Europeans in Iceland 2019 and, last November, went one better with team gold when the event was staged on home soil in Cardiff.

“We’ve spoken about this and that’s a real big aim of ours,” said Swansea’s Emil Barber, who is one of the gymnasts in contention for the team.

“We want to go there and we want to make history, so we’ve just got to put in the work now to make that possible, because we all know that we’re good enough to do it – so it comes down to the work that we’re putting in now.

“We’re just going to do our bit now and then when selection comes round no matter what the team is I’m sure we’ll have a strong enough team to go out there and push for a medal.”

There has also only ever been one male gymnast to have won an individual medal for Team Wales down the years at the Commonwealth Games – David Eaton who won a silver medal on high bar in Melbourne in 2006.

Cook, who hails from Penarth, and Eyre are the two remaining members of the team who finished 7th in the Commonwealth men’s team final on Australia’s Gold Coast four years ago, when Barber was a travelling reverse.

North Walian Edwards is looking to follow in the footsteps of older brother Matthew Hennessey, who went to the 2010 Commonwealth Games in Delhi.

Meanwhile, after his bittersweet experience four years ago, being named in the team this time would mean a lot to Barber personally, too.

He said: “Australia was great to go and see what I needed to do; the atmosphere was amazing out there and it did give me a big boost when I came back.

“But as fortunate as I was being able to travel, making this one would be amazing.

“A home Games is just a whole different feeling to it; there’ll be friends, there’ll be family, it will be something else, just unexplainable and it’ll just be a moment that you’ll never forget.”