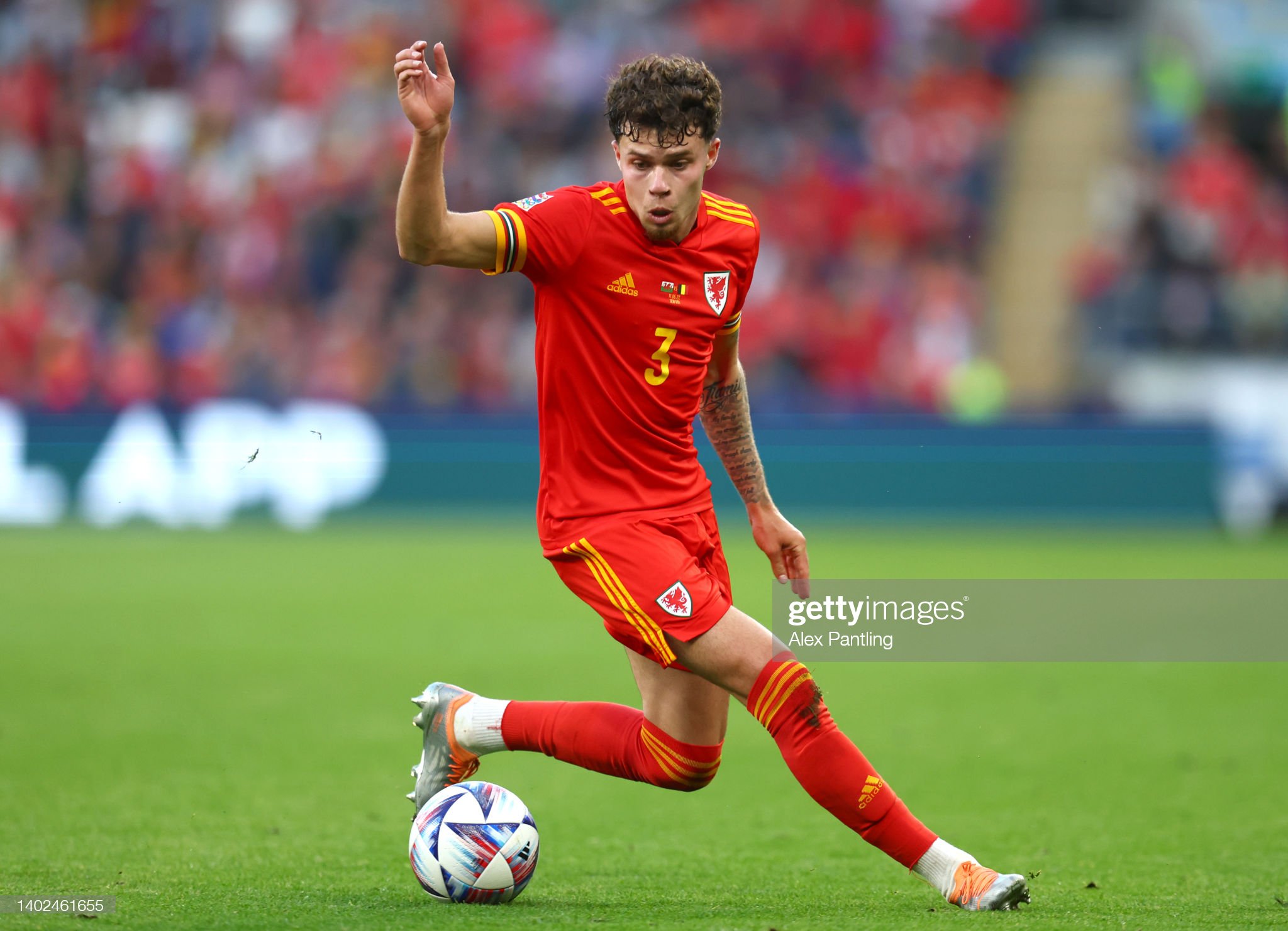 Neco Williams has lavished praise on Rob Page for the manager’s faith in giving youngsters their opportunities with Wales.

The Liverpool wing-back – who has carried his brilliant form on loan at Fulham this season onto the international stage – is one of a clutch of young Wales kids thriving under Page.

Williams was instrumental in the goal scored by Brennan Johnson in the 1-1 draw with Belgium last Saturday and is set to have a key role at the World Cup in Qatar later this year.

The young players will form part of the Welsh threat against the Netherlands on Tuesday night in a match that is live on S4C – although Williams could be rested as the burden of five games in less than two weeks starts to bite.

Like fellow 21-year-olds Johnson, Ethan Ampadu, Rabbi Matondo and Dylan Levitt, Williams has made great strides under Page since he took over from Ryan Giggs 19 months ago.

Then, there are other youngsters such as Rubin Colwill (20), Joe Rodon (24), Chris Mepham (24), Rhys Norrington-Davies (23), Dan James (24) and Sorba Thomas (23) who could also play a significant role at the World Cup finals in Qatar.

WE ARE GOING TO A WORLD CUP A DREAM COME TRUE 🌎🏆 WOW pic.twitter.com/KjJtgPeB26

“The future is definitely looking in good spirits, but I’d like to thank the gaffer,” says Williams.

“He’s the one who has shown trust in us. He believes in us youngsters and he gives us the opportunity.

“I’m very grateful and I’m sure that goes for every other youngster out there playing as well. We know that if he plays us, and trusts us, then we have to go out there and perform.

“And we certainly have been performing recently and we have been getting results.”

Williams had arguably his best game in Wales shirt in the World Cup play-off final victory over Ukraine last week and the Wrexham-born player has grown in stature under Page.

He won his 21st cap against the Belgians and such is his level of gratitude to Page’s influence that he says the manager is among those foremost in his mind when he pulls on the red shirt for his country.

“Every time we go out there, we play for the badge and we play for Rob Page. He’s the one believing in us and giving us the platform to perform.

“All we can do is go out and try and get results every time.

“The good thing about these Nations League matches is that they are not friendless. They are proper games. It takes us closer to the World Cup because we know when we get there, we will be up against the best teams in the world.

“Belgium are right up there, they are the No.2 ranked team in the world, so if we are showing we can hold our own against them then the sky’s the limit for us at the tournament when we get there.

“The same goes for the Netherlands. They have some world class players and are a strong team, so it will be a really useful test for us.”

One player Williams hopes can also continue to make an impact for Wales is Johnson.

Like Williams, who helped guide Fulham to promotion, Johnson will also be playing in the Premier League next season after a scintillating breakthrough campaign for Nottingham Forest that culminated in his club’s Wembley play-off final win over Huddersfield.

“The sky is the limit for Brennan,” says Williams.

“He’s an unbelievable player – a joy to play with.

“When you have someone like that, who is just electric – with the pace and the skills he has – it makes it  easy to play with him.

The Dutch have been in excellent form since their exit from the Euro 2020 finals last summer at the hands of the Czech Republic.

Brennan Johnson rescues a point for Wales, as their youngsters show great maturity to hang on at the end! #NationsLeague #TheDragonRoars pic.twitter.com/isXBIPvo0C

They bowed out of the delayed tournament in the round of 16, but since former Manchester United manager Louis Van Gaal took charge they have been on an impressive sequence of 11 unbeaten matches.

Despite being held to a 2-2 draw by Poland in Rotterdam on Saturday, they top the Nations League group with a three-point lead at the halfway stage.

This is not an easy group,” says Williams.

“This Holland game is going to be very tough. All we can do is give everything we’ve got and hopefully we can keep the results coming.”

Live international football from the UEFA Nations League as Rob Page’s Wales side face a trip to Rotterdam to face the Netherlands.