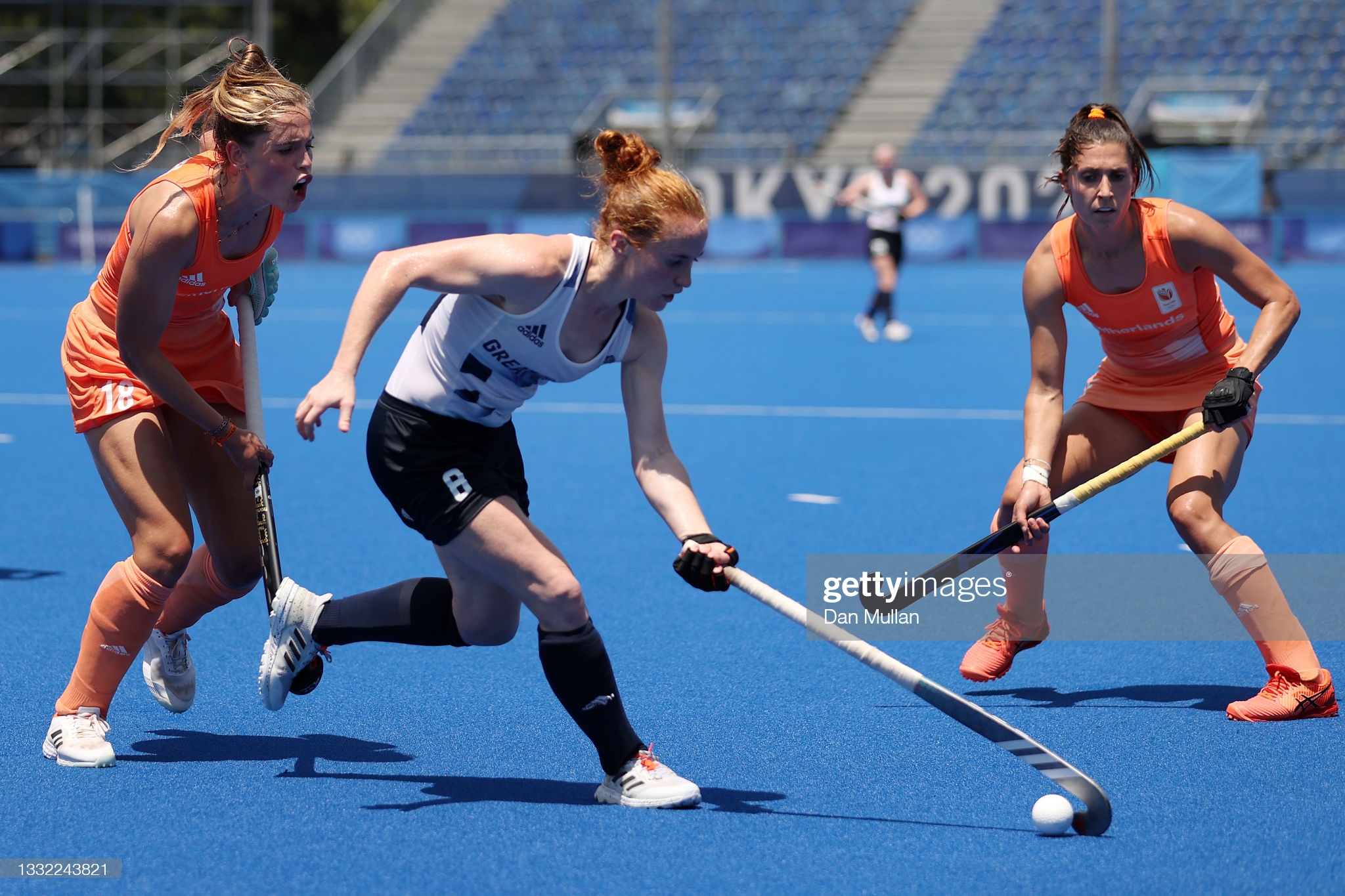 Sarah Jones and Leah Wilkinson’s dreams of helping Great Britain retain their Olympic women’s hockey title are over after they lost their semi-final to the Netherlands.

The Welsh pair were aiming to repeat the gold medal triumph of the team in 2016, but in a re-run of the Rio final five years ago, the Dutch gained sweet revenge in Tokyo with a 5-1 victory.

It means Wales’ all-time record cap holder Wilkinson and her partner Jones will fight for a bronze medal instead against either Argentina or India on Friday.

The reigning world champions were at their brilliant best with two goals inside a minute giving them a 2-0 lead going into half-time.

It was a ruthless showing from the Dutch who had two more just eight minutes after the restart to put them firmly in the driving seat.

Though Giselle Ansley did bring one back for Great Britain – after Jones had surged powerfully forward to earn a penalty corner – the damage had already been done with the team falling to defeat as Frederique Matla ended any hopes of a late comeback.

GB skipper Hollie Pearne-Webb is keen to forget the heavy defeat as quicky as possible and lift the team ahead of their medal bid.

“We have had to show some resilience during this Olympic cycle and now we have to get over this quickly and move on,” she said.

“We’re a new group of players and we have a medal to play for. We have to get in the right frame of mind for the game on Friday and try and bring a medal home.

“It won’t be easy but we are used to being resilient and it’s our job to focus on that match and try and win a medal.

“It was not the morning we planned, so yeah we are disappointed.

“Especially after how we played in the pool stages against them. We showed we can match them across large parts of the game but we didn’t show up.

“They probably looked at the pool game and how they can tweak things against us. We are disappointed but at the same time we need to get over it quickly because we want to come away with a bronze.

“We need to wait and see who we’re playing, look at today and work out what went wrong and why our basics were a little bit off. And put them right the day after tomorrow.”

Jones joined the GB squad in 2017, a year after the Rio triumph, while Wilkinson was drafted in during 2019 to help clinch Olympic qualification.

Jones will be 35 when the Paris Olympic comes around, while Wilkinson will be 38, so Friday could prove their final opportunity to win an Olympic medal.

Goalkeeper Maddie Hinch said: “Their goals today were world class, and you sometimes have to just say ‘you know what, they were better than us today and that’s that’.

“We’ve got to be proud of why we’re here, why we’re fighting for a medal in the first place and believe we can do it.

“That’s one thing we learned from Rio. It’s the power of belief, the togetherness, and the ability for everyone to play their part to get there because whoever we play next, it’s going to be tough.

“Given the whole cycle, Covid-19, a change of coaches, there’s so much this group has been through so the bronze would be massive for us.”