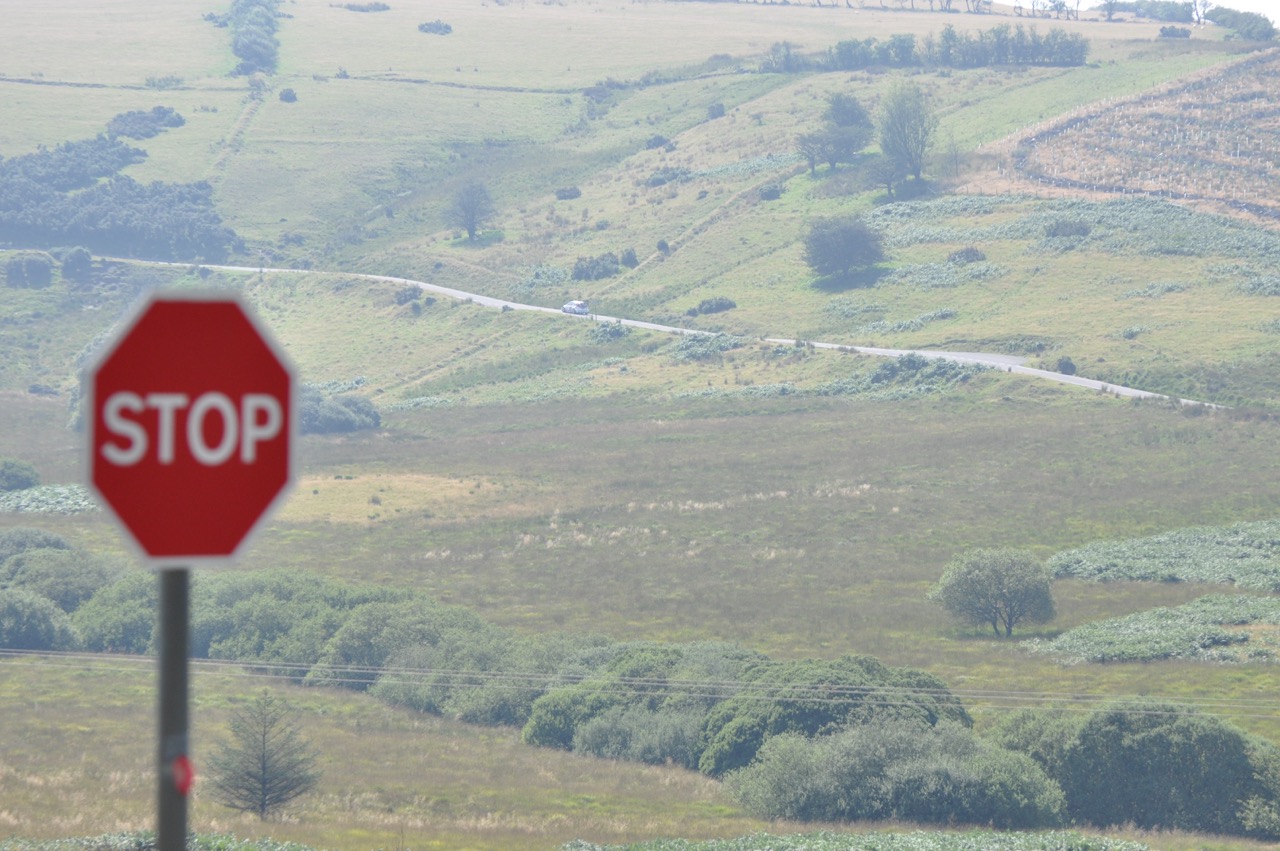 Rallying has been on stop most of the year in Wales

The cancellation of the Wales Rally GB, one of the highlights of the World Rally Championship, may be the big-name casualty of COVID19. But the crisis caused by the coronavirus is having a huge detrimental impact on the whole Welsh rally scene, hitting local clubs hard. We could be well into next year before rallying returns. By then, argues Dai Sport’s Rally expert Paul Evans, an industry which employs thousands of people and generates millions of pounds for the Welsh economy, could be left decimated unless the Welsh Government acts fast and gives the green light for engines to be switched on again.

Fears are growing that rallying won’t return in Wales until the spring of 2021, unless the Welsh government allows non-spectator Covid-19 compliant trial events to take place.

Some motor clubs have tried to organise experimental rallies, but optimism is turning to despair and frustration as the 30 maximum mass gatherings rule – which doesn’t apply to many other areas of indoor life, including supermarkets, pubs and restaurants – is preventing motorsport events from taking place in some of our largest outdoor arenas.

Take Aberystwyth & District Motor Club for example, where hopes are fading that it will be allowed to run the Select Security Services Rally Time Trial at the vast Sweet Lamb complex in mid-Wales at the end of October.

By limiting it to a 50 driver only event, and restricting the number of people in each service crew, it has calculate that – when you add marshals, timing, rescue, medic and other essential officials – the minimum number of people present would be 240.

But that’s in a remote 5,000 acre site, where physical social distancing measures would be easily maintained.

There is more than enough space to have ‘competition bubbles’ – as per the latest Motorsport UK guidelines (motorsport’s governing body in the UK) – or have separate pods of extended households.

It’s a similar situation with Carmarthen Motor Club and its Coracle Rally Time Trial at the 1,800 acre Walter’s Arena in the Vale of Neath.

Postponed from its original summer date and now pencilled in for the autumn, that event has now been postponed indefinitely.

That said, given a bit of common sense latitude by the Welsh government, it could go ahead this year.

While the Welsh government says that one blanket face mask rule for reopening schools doesn’t work, it’s happy to enforce an illogical blanket rule in rallying.

And that is potentially causing catastrophic long-term damage to the sport.

What about spectators, I hear you ask?

True, it’s not as easy as keeping a stadium’s turnstiles locked, but it’s far from impossible either. After all, non-spectator stages have become commonplace.

And if you really want to guarantee that not a single fan will trek across moorland, forest or field Bear Grylls-style in an attempt to sneak in to view an event – and therefore ensure that the Motorsport UK guideline stating that even uninvited fans are the responsibility of an event organisers, are fully met – what better place to hold a rally than in an active military training area?

But not even that is currently possible – as Forrester’s Car Club failed attempt to run the Lofty Rally Time Trial at Caerwent in Monmouthshire in September have demonstrated.

A glimmer of light briefly appeared when a trial event for 100 people was announced at Anglesey Circuit.

However, the Welsh government got its terminology wrong. It’s not a ‘car rally’ that will take place there on 6 September, but a 750 Motor Club race meeting.

Despite the 90 acre Trac Môn site in Ty Croes being one of the remotest (and most picturesque) racing circuits in the UK, this race meeting will be limited to just 50 competitors – when normally 250 race cars would take part.

Even though spectators can, and to shelter from the Irish Sea wind often do, watch the racing from inside their parked cars, no spectators will be allowed in.

It’s not as if racing circuits don’t know a thing or two about risk assessment either, but this illogical snail-speed approach to restarting motorsport is killing the sport in Wales.

And the current devolved rules won’t even allow you to run an event on a beach.

While there is no restriction on the number of sunbathers that can enjoy the sandy shoreline, providing their social bubble keeps two (or is it one and a bit?) metres apart, the Vintage Hot Rod Association’s annual race meeting at Pendine (postponed from its original date in July to run in October) has been cancelled.

What is adding to rallying’s frustration is that some events can side step the rules.

A three-day off-road event for 4×4 vehicles called The King of Britain, a round of the Ultra European Championship, took place at Walter’s Arena (30 July – 2 August).

Because it was given elite status, 340 people were reportedly on-site and involved in the event.

Social distancing was observed and PPE compliance was implemented – and no reported spike in coronavirus infections have seen been recorded in the Glynneath area since.

So it’s too dangerous for a smaller club rally to take place, but a much bigger event at the same venue that has elite status is perfectly safe?

Each country has dealt with coronavirus differently, so it is difficult to compare Wales to the rest of the world.

That said, it is clear that other countries care more about rallying than the Welsh government does.

Italy, once the European epicentre of the outbreak, has been back rallying for over a month now – it even hosted a round of the European Rally Championship.

The World Rally Championship is about to restart in Estonia.

If restarting rallying on secure private land, a race circuit and on a military area is providing so difficult in Wales, how long will the sport have to wait before it returns to the forests – its traditional and much loved spiritual home?

You can argue that Wales is perhaps in a better position than its neighbours, as Forest England has announced that rallying will not take place on its land until the spring of 2021.

Natural Resources Wales has made no such announcement.

However, a rally called the ‘M-Sport Return to the Stages’ did successfully take place in Cumbria last weekend.

And what about the catastrophic economic impact of rallying lockdown?

It’s a world-class industry that has been largely closed and left abandoned for six months and counting.

The Cambrian Rally is the one and only forestry event that will have taken place in Wales this year.

It brought in between £750,000 to £1M to the Conwy region and, according the official British Rally Championship figures, reached an audience of 6.6 million people and generating £456,000 in media value.

The total regional economic loss from 30 or so cancelled revenue-generating rallies is massive, yet the Welsh government is doing nothing about.

In March, rallying was wondering how all these postponed events would fit into a crowded second half of the year.

Come the second half of the year, rallying was facing its worse case scenario of a complete wipe out of events in 2020.

And there is no magic switch when the calendar clicks over to 1 January 2021.

Ironically, the Cambrian Rally is next scheduled forest event to run on Saturday 20 February.

But come November, event organiser North Wales Car Club will start to incur costs – and that’s the time that it will have to decide to run or postpone the event.

At £700 per mile for the first usage and £415 for the second usage, hiring a forest from Natural Resources Wales is the single most expensive cost to a rally organiser – and that’s why events usually need over a 100 car entry to break even.

These arbitrary numbers of people who can be in one place at one time, which are at best open to interpretation, will not work in rallying.

But it’s an outdoor sport, held in remote rural areas – so surely a compromise can get rallying back up and running?

Rally bridges, bubbles, pods, closed doors – whatever the terminology, the Welsh government needs to remember that rallying is an important big industry, employing thousands of people and generating hundreds of millions of pounds.

It needs to act now, because if small events at Sweet Lamb and Walter’s Arena are currently persona non grata, then what hope is there for next year’s Wales Rally GB?

That event alone brings £10M to the Welsh economy, but the event is not on the draft 2021 WRC calendar.

And one of the reasons for that must surely be that the Welsh government is not giving any assurance that it is doing everything it possible can to restart rallying – quite the opposite in fact.

Rallying in Wales is in crisis, make no mistake about it.

It’s not just a sport, but a multi-million pound industry that continues to be hit extremely hard by coronavirus legislation and guidelines, far more than the disease itself.

It’s time to restart rallying – and to try to ensure that the almost total obliteration of the sport in 2020 doesn’t roll over into the start of 2021.