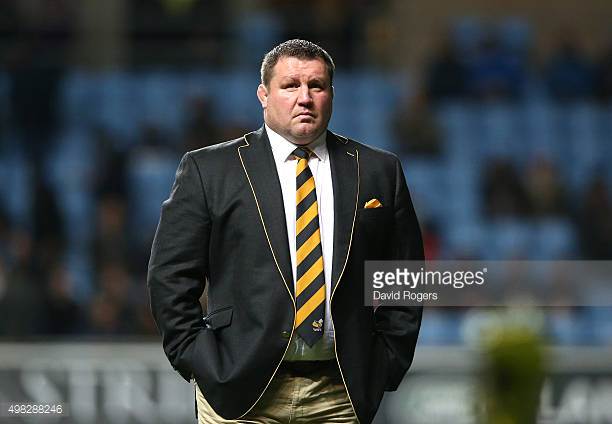 While the WRU are urging players to come home to Wales to maintain their international careers, the same policy is not being followed when it comes to coaches. Robin Davey, in his latest column for Dai Sport, questions why home-grown coaching talent is being frozen out.

The Welsh Rugby Union and the Wales management are doing everything they can to encourage exiled players like George North to return to Wales, yet they appear to be scouring the earth for the next national coach.

And on the regional front there is not one Welsh coach in charge.

Sean Holley, the ex-Ospreys chief, has highlighted the problem, astonished no Welshman heads up any of the four regions and he accuses the governing body of lacking faith in home-grown coaches.

It’s hard to disagree. Just look at the facts. Cardiff Blues have just appointed Australian John Mulvihill to succeed Danny Wilson as their next head coach, New Zealander Wayne Pivac is at the helm for the Scarlets, Irishman Bernard Jackman is in charge of the Dragons and only recently Northern Irishman Allen Clarke took over at the Ospreys.

The best Wales can manage is a handful of assistants like Stephen Jones and Byron Hayward at the Scarlets and Ceri Jones at the Dragons.

And the shortlist to succeed Wales head coach Warren Gatland at the end of next year’s World Cup is also believed to include a number from overseas.

Pivac is said to top the poll, but Dave Rennie, another New Zealander now with Glasgow, is also in the frame while the latest candidate to be linked with the job is also a New Zealander, Scott Robertson, currently coaching the Crusaders.

Scant mention of any Welshman to be next in line though the name of Dai Young does frequently crop up.

The former Cardiff coach has enjoyed considerable success with Wasps, but he had to move to a leading English Premiership club to further his career.

And then there’s Mike Ruddock. He guided the Dragons to their best ever season at the start of regional rugby in 2003-04 which resulted in him being appointed Wales head coach. He duly inspired them to the Grand Slam before leaving under a well-documented cloud.

After a spell in charge of Worcester he departed for Ireland, home of his wife, also seeing son Rhys capped for Ireland. And he’s since enjoyed real success initially with Ireland Under-20s and currently with club side Lansdowne.

He has just coached them to an unprecedented quartet of triumphs on the domestic front, Lansdowne winning the all-Ireland League title, then the play-offs plus the all-Ireland Bateman and Leinster Cups, an incredible achievement.

Has he been approached to be in charge of any of the Welsh regions? If not why not? There is no guarantee he would want to return to Wales, but he’s never been linked with any of the regions since that early success. Instead those in charge prefer to look outside Wales.

Yet, as Holley again points out, there was a time when Welsh coaches pretty much reigned supreme with men of the calibre of Gareth Jenkins, Lyn Jones, Nigel Davies, Lynn Howells, Clive Griffiths, Allan Lewis and Geraint John all enjoying some notable success.

They may mostly be yesterday’s men now, but where are their successors? Are they being given a chance? Are they being encouraged instead of sidelined in favour of coaches from abroad or elsewhere in the UK?

So while the law is being laid down to Welsh players-basically unless you have won 60 caps you will have to return to Wales if you want to pursue an international career-the same process does not apply to Wales or the regions.

The opposite seems to be the case and it has now become a national embarrassment. No-one wants Wales to become isolationalist and it’s important to take on ideas and people from outside the country, but freezing out home grown talent is not on either.
end