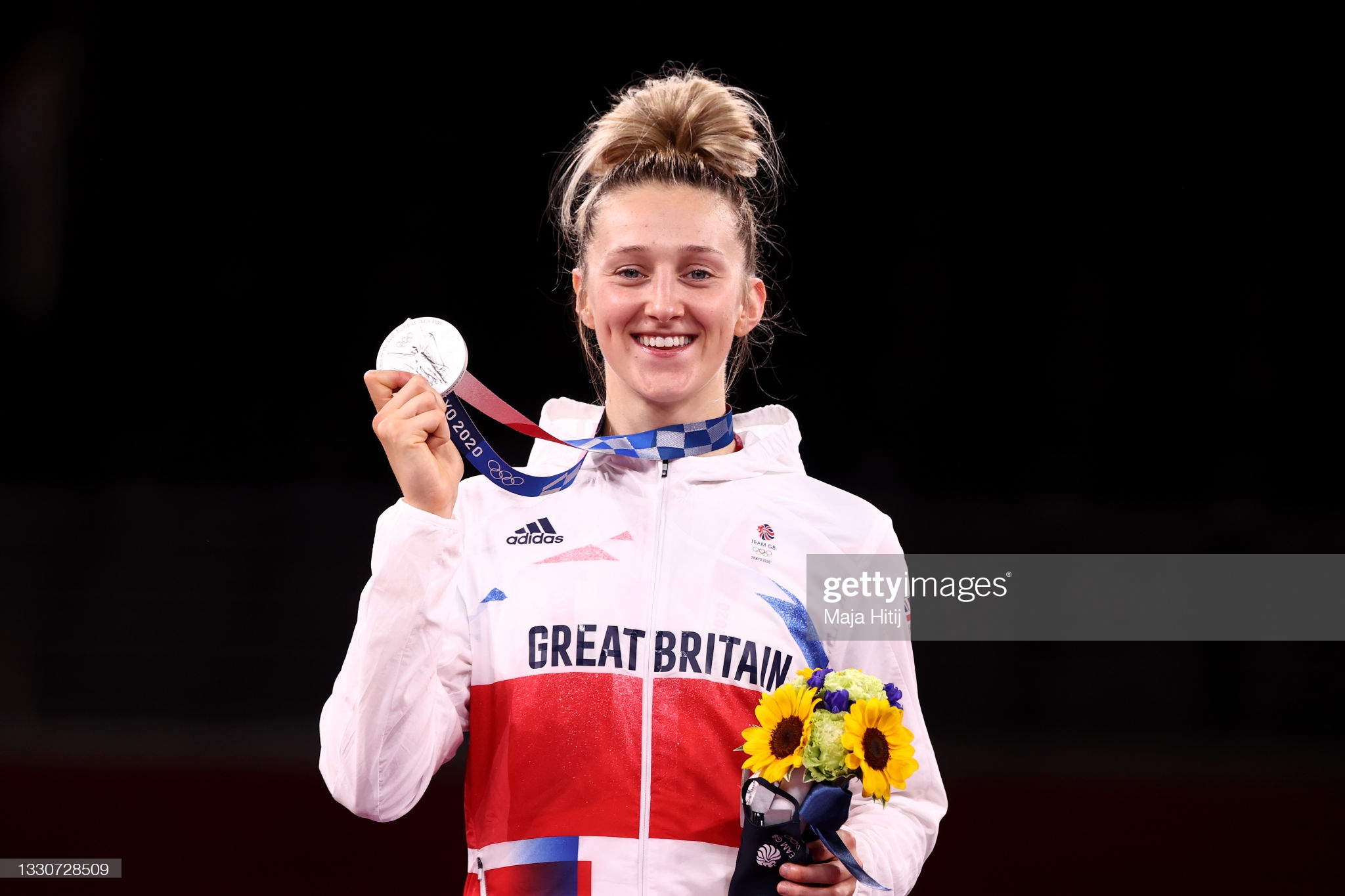 Wales’ Lauren Williams added her name to Team GB’s Olympic taekwondo medal roll of honour in Tokyo on Monday but fell fractionally short in her attempt to strike gold.

Like Sinden, too, the 22-year-old was within touching distance of becoming Olympic champion in a dramatic contest with Croatia’s number one seed, Matea Jelic.

“I had her but I let it go,” sighed Williams after the duo’s latest enthralling contest. “I made a mistake and messed up so I have got accept that.

“It is a mental block I have got to get over. Hopefully, it won’t happen again.

“I knew I was winning but I didn’t know how long was left.

“I didn’t go out there to lose, I went out there to win a gold medal. I tried my best and I am very happy with how I performed,” she added.

“It’s such a shame what happened at the end. But an Olympic silver medal isn’t bad, is it?

“I didn’t have the best prep but that’s no excuse. I felt good and I was pretty confident going into the day.

“I am gutted but on reflection this is what I have worked all my life for-it’s just the wrong colour.”

The pair met at the European Championships back in April when Jelic’s 13-10 final victory ended Williams’ bid for a third successive Euro gold.

Williams, however, suffered an injury hit build-up to the tournament and quickly turned her attentions to Tokyo.

And she was poised to avenge that defeat in Bulgaria with a flurry of points as the clock ticked down.

But Jelic refused to panic and hit back in the closing stages to prevent Williams emulating the golden achievements of 2012 and 2016 from compatriot and inspiration Jade Jones.

Williams won three fights to set-up her gold medal show down with the number one seed.

What an absolute champion Wales’ Lauren Williams is.

Just hours after winning silver, she’s admitted mistakes and has vowed not to give up until she wins an Olympic gold medal 🥇

Keep going Lauren. We’re all behind you. 👏 🏴󠁧󠁢󠁷󠁬󠁳󠁿#Tokyo2020 #TeamGB pic.twitter.com/lXIYyzlY92

She was particularly impressive against Ruth Gbagbi of the Ivory Coast in the semi-finals, beating the 2017 world champion and Rio Olympic bronze medallist, 24-18.

Third seed Williams, a former kickboxer, switched to taekwondo after watching compatriot Jade Jones win gold at London 2012 while on a caravan holiday.

She was first selected to train with the GB squad at the age of 14 after applying for the lottery-funded Fighting Chance scheme.

Her mother gave up her job to move with her and they lived in a caravan for 18 months.

Jones, who suffered a shock defeat in her first round on Sunday, was watching and supporting in Tokyo on Monday as Williams picked up Team GB’s fifth medal of the day.

One thought on “Wales’ Silver Star Lauren Williams Admits: I Had A Mental Block . . . And It Cost Me Olympic Gold”