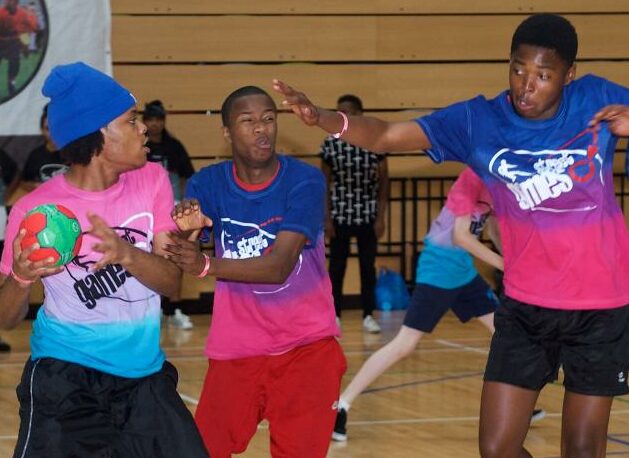 The Commonwealth Games will include a Street Games summer camp for young people. Pic: Street Games.

There should be plenty of Welsh voices offering support to Team Cymru in Birmingham at the Commonwealth Games this summer – thanks to Street Games.

As part of their #Inspiration2022 campaign, Street Games have arranged for almost 500 young people from Wales to be at the Games on funded day trips with tickets to take in all the action.

It means Welsh youngsters will get the chance to give vocal backing to the likes of runner Melissa Courtney, boxer Rosie Eccles and hockey star Luke Hawker as well as others.

Outside the stadia, there will be another large group of Welsh youngsters camping outdoors who will be experiencing what every Games is about – making friendships, learning skills and developing their own leadership abilities.

It is all part of a busy summer for Street Games, a charity partner of Sport Wales committed to making access to sport and physical activity more equal and affordable.

The #Inspiration2022 campaign will also be providing similar opportunities for young people at other events this year such as the Rugby League World Cup, Wimbledon and the UEFA Women’s Euro finals.

Street Games recently held their Winter of Wellbeing Celebration Event at the Principality Stadium where they outlined some of their work in bringing sport and physical activity to young people in low income and underserved communities.

Tickets are on sale now.

The idea is to ensure that the big splash made by events like the Commonwealth Games, make waves that reach the doorsteps of everyone.

Claire Lane, national director for Steet Games, says: “This summer and into the autumn we are harnessing the power of major events and linking them to young people and communities that historically would have had nothing to do with these events and wouldn’t have been connected with them in any form.

“Over the past couple of years, due to the pandemic, there has been such a lack of opportunity for many people when it comes to accessing sport.

“That’s far more of an issue for young people living in poverty. Sport becomes far removed from their lives.

“It’s about making sure the ripple effect of these events is felt as far afield as the communities we work with.”

The ethos of Street Games is about keeping it simple, easy, affordable and hassle-free through their network of doorstep sports clubs.

As the countdown ticks over to ✨2022 hours to go until @birminghamcg22 we’re getting VERY excited for our #Inspiration2022 summer camp!
🏕️ 2-3 night residential
📍 Bromsgrove
🧑 15-25 yr olds
🎫 Includes a ticket to an event at the Games!
Find out more 👇https://t.co/Qd5nFzklvG pic.twitter.com/omNGuro0AT

They may not be on every Welsh street corner – resources don’t allow for that – but where they exist, there are as likely to be an organiser with a bag of kit in a car park or village hall as in a purpose-built sports centre.

“They are not about paid membership – they are about young people accessing them, rocking up with their mates, and having a bit of fun,” says Claire.

The question of how far those ripples from big sports events reach is made much sharper when the Commonwealth Games is on Wales’ own doorstep as it will be in Birmingham.

It is not a distant, remote gathering on the other side of the world. It is two hours up the M5 from Cardiff, so the opportunities for a much broader impact should be obvious.

With that in mind, Street Games have partnered with a number of governing bodies across various sports in a bid to maximise the impact of the Games on young people.

In all, the charity is attempting to inspire and open access to sporting opportunities through events in Birmingham and elsewhere this summer in the following ways:

100 DAYS UNTIL THE COMMONWEALTH GAMES!

“The offers might be a little less formal than usual, but it’s still about bringing sport to young people, getting them excited about participation, and giving them opportunities,” adds Claire.

“Essentially, the campaign in Wales is aimed at connecting young people who live in areas of poverty across Wales, to major events. This is both as spectators and participants, but also training up more coaches and leaders.”

Figures have shown that one in three Welsh children are living in poverty and the average low income household spend on sport is just £3.75 a week, compared to an average household’s spend of £12.67.

It’s those kind of figures that the “ripple effect” from the Commonwealth Games is hoped can help turn the tide on sports participation.

** Fundraising for the summer camp in Birmingham is still ongoing and those wishing to help can visit: Inspiration 2022 – JustGiving