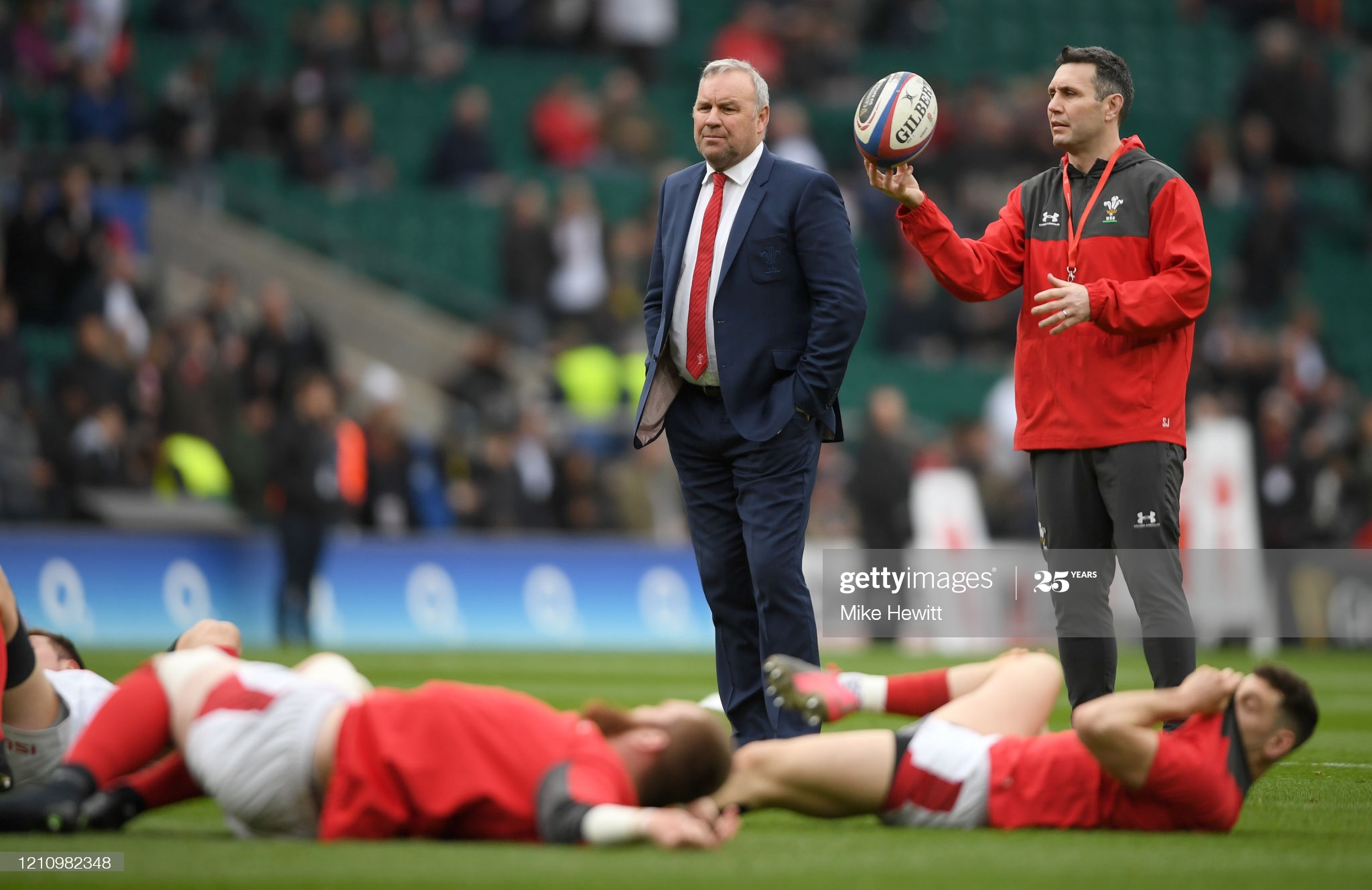 Wayne Pivac has admitted it took him three years to change the Scarlets, but he insists transformation will comes quicker with Wales – and could go into overdrive against England on Saturday.

The Wales coach has picked a youthful looking and adventurous team, his hand forced in part because of injuries that have robbed him of Liam Williams, Justin Tipuric, Jonathan Davies, Josh Navidi and Ross Moriarty, plus the struggles for form of George North.

But in picking James Botham, Shane Lewis-Hughes, Louis Rees-Zammit and Johnny Williams to start, Pivac is also underlining that the old days of Warren Gatland have gone.

What have also gone are the winning of matches, apart from last week’s sequence breaker against Georgia, but Pivac reckons the revolution will not take as long to turn as it did with his region because he now has better players.

“It takes time.” he said. “A lot of the players who were under Warren [Gatland] played a certain style of play and we’re looking to evolve that attacking side of the game.

“With the Scarlets, it took about three years. I’m not suggesting it’s going to take three years here and with the international players we’ve got, you’d like to think it’s going to be a quicker process.

“We’re seeing it at training but we now have to step up under pressure in the games.”

Waiting to blow Pivac and Wales off course at Parc Y Scarlets are an England team that look exceptionally powerful and without some of the vulnerabilities of old.

Their coach, Eddie Jones, cannot be wholly confident, though, for the Australian has been trying to get inside Pivac’s head – a routine he normally reserves these days for those he feels offer a threat, however small.

Jones said England will bring an intensity to the game that Wales will not have experienced before, but Pivac – without any bravado – suggested Wales will meet that challenge.

“I don’t think you’ll see anyone go into their shells. It’s Wales v England. You just have to look at the last time we played them. It was a physical encounter and it ended at about 33-30. We’ll expect nothing less.

“We also expect nothing less than a confident Eddie Jones making comments like that because he’s in a position where he can do it.

“It is a very exciting team that they’re bringing. It’s a big pack and they’ll keep coming at us with six forward replacements throughout the game.

Wales to redeem themselves this weekend???

One performance can change a lot.

Not the team I would have picked, let’s hope he knows what he’s doing 😬👀 #walveng

“We have to be prepared for that. We’re focusing on what we want to do and what we want to get out of the game. We’ve gone with a six, two, five, three split. That’s what we’ll focus on.

“The boys have been playing very well in that white jersey. It’s nothing that we wouldn’t expect and, if anything, it just adds to the occasion.

“The injuries are unfortunate but, as we’ve said all along, it’s going to create opportunities for others and in the loose forwards, it’s young James Botham and Shane Lewis-Hughes.

“They’re a couple of guys with big futures and we’re going to get the questions about them asked in this particular match because we’re up against a very strong England team, who are going to bring a lot of intensity.

“What a match for these guys to be tested in.”

Botham has retained his place in the back row for Wales and Cardiff Blues scrum-half Lloyd Williams will make his first Wales start for four years.

Tipuric suffered a head knock during the victory over Georgia last weekend, and Navidi remains unavailable as he continues his recovery from concussion.

Williams, who has won 30 caps, partners Dan Biggar at half-back, with Botham moving from blindside to openside flanker following a promising Test debut in the Georgia game.

Cardiff-born Botham is joined in the back row by Lewis-Hughes and Taulupe Faletau, and with centre Jonathan Davies sidelined because of a knee injury, Nick Tompkins and Johnny Williams again forge Wales’s midfield combination.

Scarlets centre Williams qualifies for Wales through his father, who is from Rhyl. He represented England and scored a try in a non-cap game against the Barbarians last year.

“Saturday is another great opportunity for us and for this squad,” added Pivac.

“It is another chance for us to take what we have been doing in training and take that into match day and we are looking forward it. We know what we need to do and we are focused on that for Saturday.

“Results haven’t come but a lot of young players have had exposure. I think it’s about eight new caps. We’re learning a lot in the process and we’re building depth within the squad, so that’s a positive.

“We’re also seeing what we’re seeing in training. We need to turn it around into better performances and we know that. That’s certainly what we’re trying to do.”

One thought on “Wayne Pivac Admits It Took Him Three Years To Change The Scarlets . . . But Insists It’ll Be Quicker With Wales”