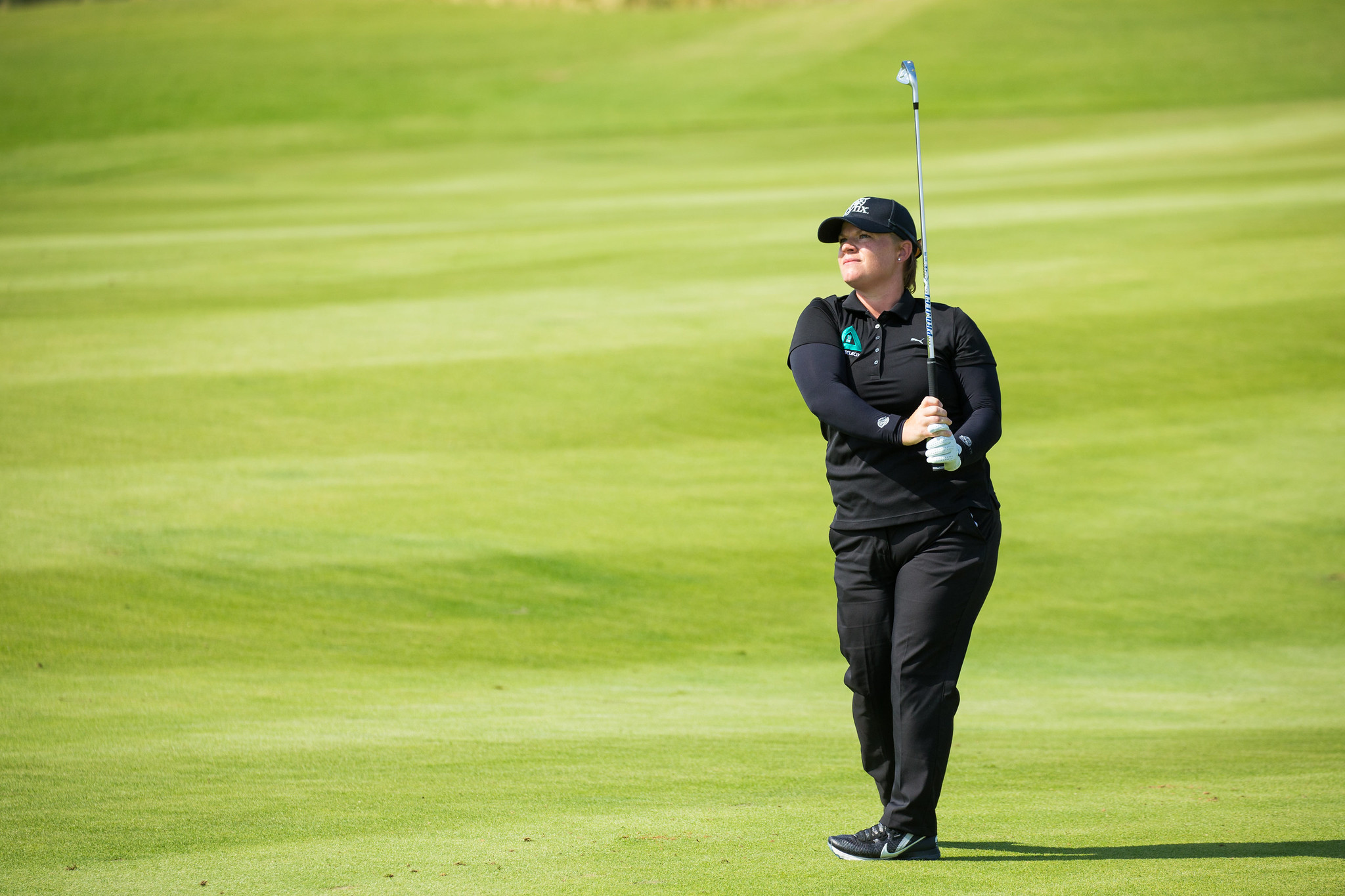 Lydia Hall has five holes of her first round to complete. Pic: Tristan Jones

Lydia Hall led the Welsh challenge before play was suspended at the LET Spanish Open.

The Bridgend player was tied for fourth place on -2 before rain cut short her day with five holes of her round left.

Finland’s Sanna Nuutinen fired an opening round 67 (-5) to lead by one shot at the Real Club De Golf Guadalmina.

Hall continued the fine form she showed at the Saudi Ladies International earlier this month.

The 32-year-old jointly led going into the final round before finishing tied for 6th.

St Asaph’s Amy Boulden was able to complete her round before the rain hit finishing on +1.

Boulden’s round would have been better but for dropping shots in three successive holes.