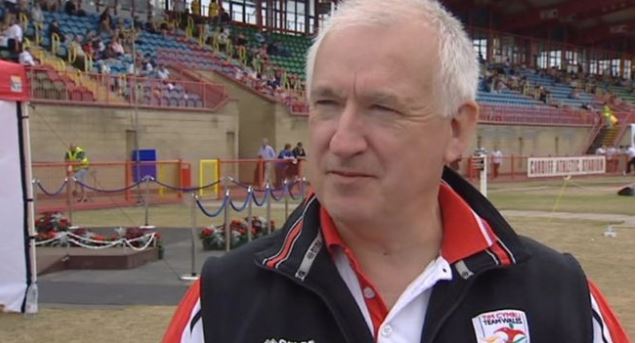 Phil Banning has been jailed.

Welsh Athletics have encouraged anyone with concerns about the behaviour of Phil Banning to come forward following the jailing of the former national coach.

Banning has been sent to prison for seven-and-a-half years for what a judge described as a “regime of sexual abuse” against teenage girls at the English athletics club where he first coached.

The once highly respected middle distance coach, who ran internationally for England and represented Great Britain at the 1975 European Indoor Championships, pleaded guilty at Winchester Crown Court to 18 charges of indecent assault against four girls dating back to the late 1970s and early 1980s.

Banning was Wales national coach from 1995 to 2006 and went with Team Wales to three Commonwealth Games.

Reacting to the charges and sentence against their former employee, Welsh Athletics said in a statement: “Welsh Athletics acknowledges the conviction and subsequent sentence handed down to Phil Banning following his appearance at Winchester Crown Court.

“Officers of Welsh Athletics have been liaising closely with UK Athletics and the Gwent and Hampshire police forces throughout the extended investigation which has led to this verdict.

“Whilst this conviction does not relate to Mr Banning’s time working as a coach in Wales, we encourage anyone with any concerns or further information to contact the NSPCC on their 24 hour helpline 0808 800 5000.

“Welsh Athletics would like to stress the importance that it places on Safeguarding and Child Protection, and will continue to work with UK Athletics, the Child Protection in Sport Unit (NSPCC) and our member clubs to ensure that the sport remains a safe environment for junior and senior athletes alike.”

Three of Banning’s victims were aged under 16 and the assaults on one of them started when she was aged 11. Sentencing the 68-year-old, of Penhow, Judge Keith Cutler told Banning he was responsible “for a grave abuse of trust” and he ordered Banning to be put on the sex offenders’ register for life.

“I am absolutely sure they must have idolised you, a very well-known young athlete, and what you were doing to those four was grooming them, abusing your position, seeking them as your sexual relief,” added Judge Cutler.

Tim Moores, prosecuting, told the court that Banning targeted youngsters who were his “favourites” and to whom he gave “special treatment” while working as a coach for Andover Athletics Club.

He said the defendant would hold parties at his home where he would take some of his victims into a “dark room” that he had set up where he would kiss and grope them.

Banning would also grope and sexually assault his victims while giving them sports massages at his home while his wife was in another room and also while driving the young athlete’s home, Moores added.

“Under the guise of acting as a coach and mentor, he was pursuing a regime of abuse against certain members of the club,” Moore told the court.

In the court one of his victims, pointing angrily at him, said: “I kept my secret for nearly 40 years. I felt deep, deep shame about what I let happen to me. I was a 13-year-old child, you are not going to get the sentence I want you to get.”

Defending, Euan Bennett, said: “He has become a more humble man and certainly wanted me to express his sincere apologies to those he has harmed, he has genuine feelings of remorse.”