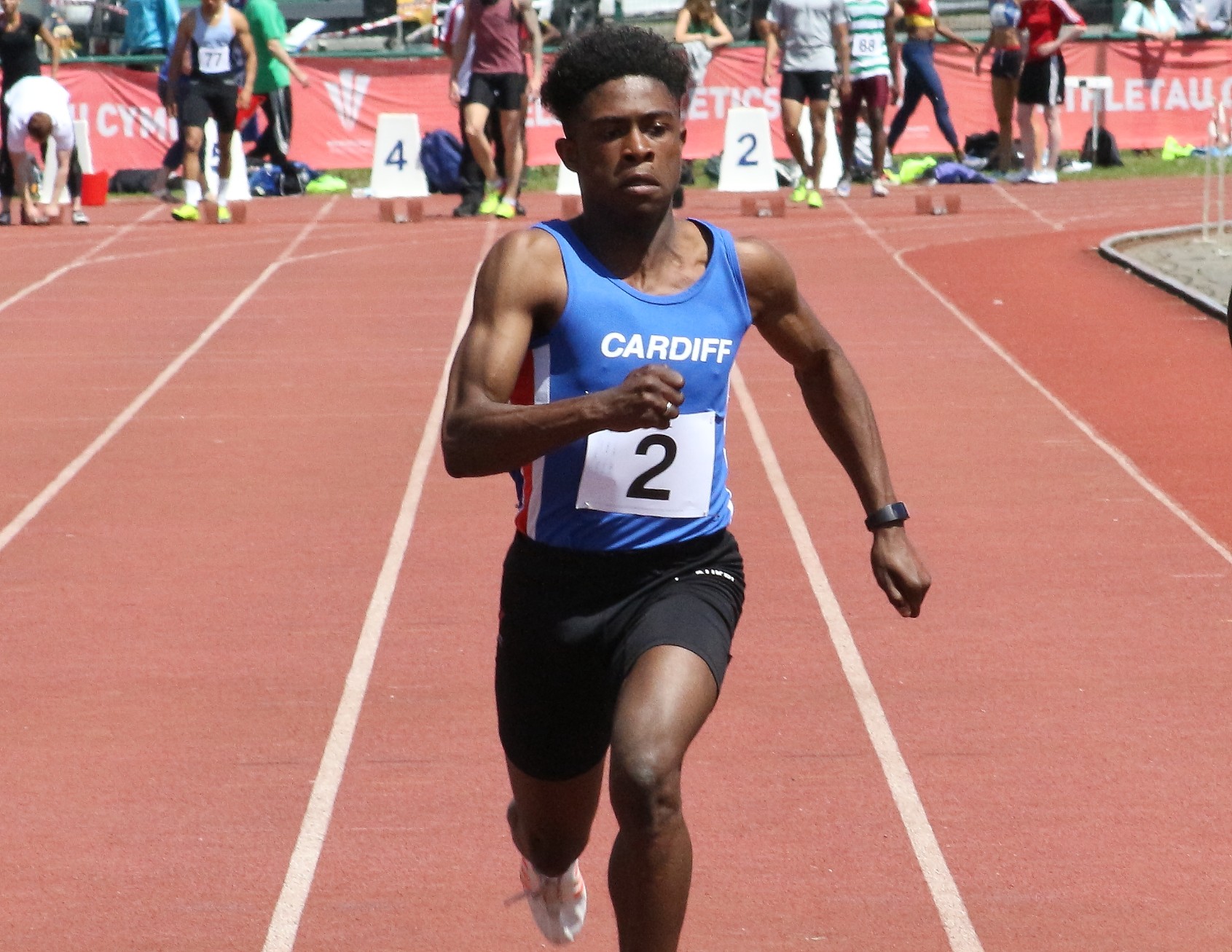 The continent’s fastest teenager launches his bid to lift the 100m European Under-20 title in Sweden this Thursday lunchtime.

Cardiff’s Jeremiah Azu will line-up in heat five of the 100m qualifiers just before noon in Boras.

Having slashed more than a third of a second off his personal best this season, the 18-year-old goes into the competition having posted the fastest under-20 time in Europe – 10.27.

Should Azu qualify from the heats, the semi-finals will take place late afternoon on Thursday, with the final scheduled for Friday evening.

Azu, who suffered an injury scare on the way to winning the national trials in Bedford, will be the first of the four Welsh athletes included in the Great Britain squad to compete at the European Athletics Under-20 Championships.

On Friday morning, Pembrokeshire’s James Tomlinson will take his bow in the qualifying rounds of the discus competition, with the final being held on Sunday morning.

Tomlinson has been in outstanding form this season having broken his personal best a several times. The latest while representing Great Britain in the Halle Throws International where he registered 60.24

While Tomlinson is competing in the discus qualifiers on Friday morning, Remi Adebiyi will be on the track in the first round of the 3000m steeplechase.

The last of the Welsh quartet to get into action will be Cardiff’s Sarah Omoregie, who will launch her challenge for the shot put title when qualifying starts on Saturday morning.

Like Tomlinson, Omoregie registered her latest personal best when she landed a throw of 15.45 in finishing third at the Halle Throws International. Should Omoregie qualify, the final is scheduled to take place on Sunday morning.