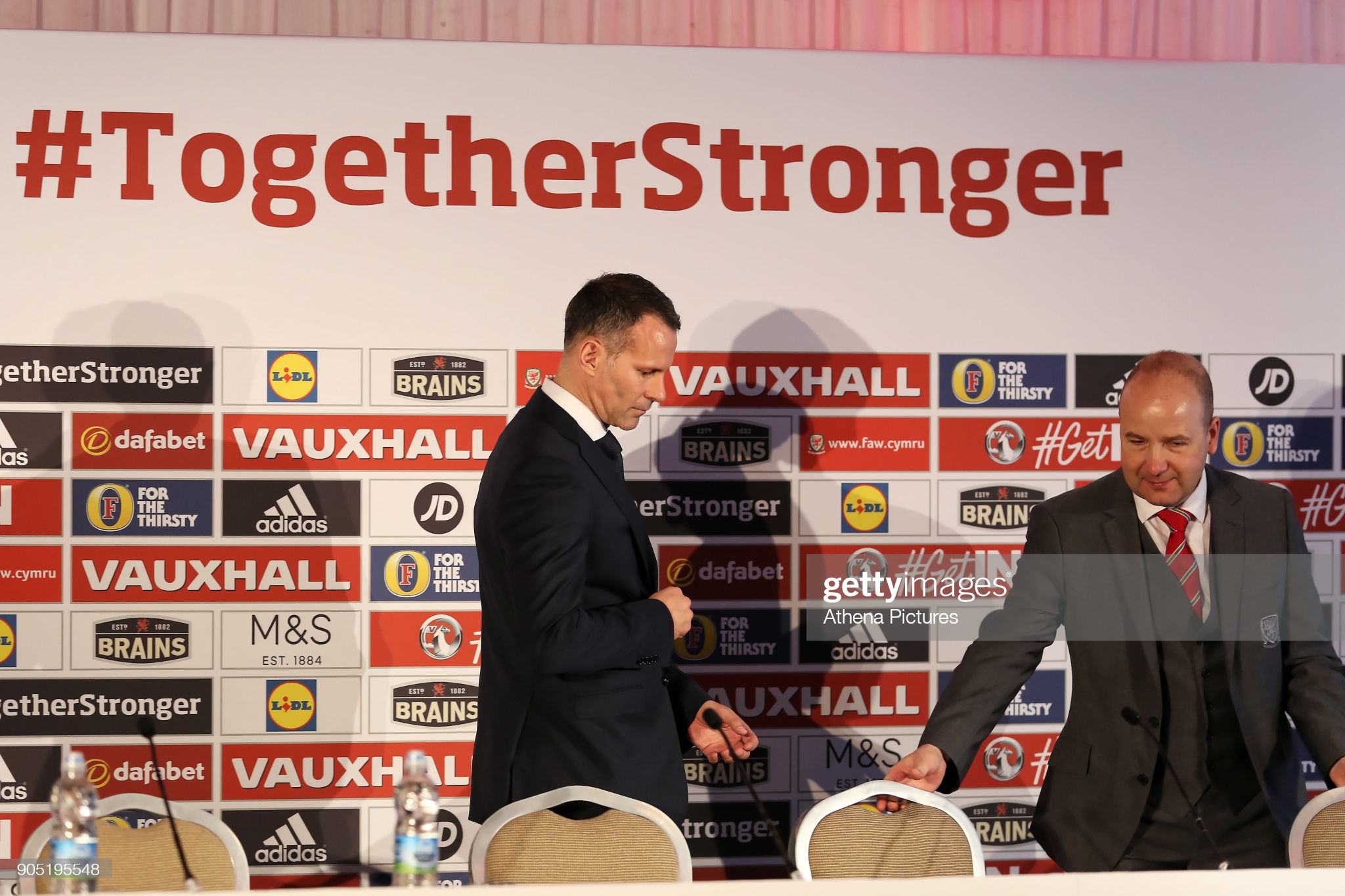 Welsh football will head towards the Euros and the start of another World Cup campaign in turmoil with doubts over the futures of both FAW chief executive Jonathan Ford and Wales manager Ryan Giggs.

Ford – who joined the Football Association of Wales 12 years ago – is set to lose his position at the helm after a no-confidence motion was passed in him by the FAW council.

He is still technically in his job, but has been placed on gardening leave after he lost the support of the powers that be above him.

It is understood that many clubs in Wales have been dismayed with the FAW’s handling of the Covid-19 pandemic and the perceived failure to support them during the health crisis.

Another clash between Ford and his council has come over his decision to appoint Angela van den Bogerd as ‘head of people’ in December.

Van den Bogerd previously worked for the Post Office. But she was found by a judge to have misled a court when giving evidence at a hearing between the Post Office and former workers who were wrongly suspected of stealing money.

Ford remains as chief executive for now but he was the subject of a vote of no confidence passed by the FAW council on Monday.

Caretaker manager Robert Page is set to lead the Wales team into the World Cup qualifiers after Giggs was arrested on suspicion of assault and was freed pending inquiries on November 1 last year.

Giggs was arrested on suspicion of assaulting his girlfriend at his Manchester home on November 1 and the case file is currently under consideration by the Crown Prosecution Service.

Ford’s current status leaves the FAW rudderless with the start of their World Cup qualifiers just a month away and the rearranged Euro 2020 tournament finals on the horizon this summer.

Ford, who was previously European Sports sponsorship director at the Coca-Cola Company, joined the FAW in December 2009.

He led the governing body through a significant modernisation programme and was at the helm as Wales reached Euro 2016 – their first major tournament for 58 years.