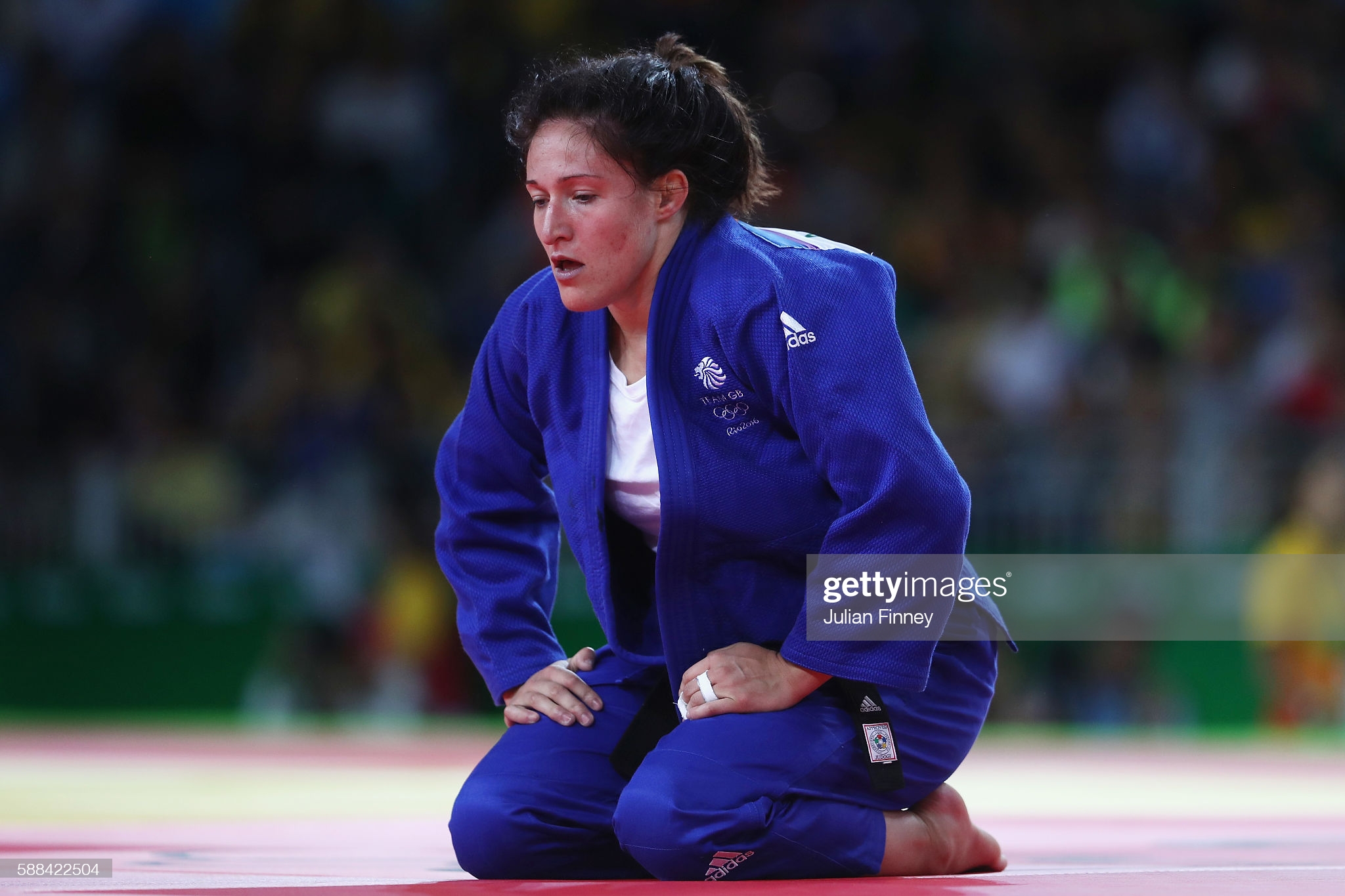 Welsh judo star Natalie Powell suffered Second Round heartbreak in her quest to claim a first Olympic medal in Tokyo.

The Builth Wells athlete who has previously been a World, European and Commonwealth medalist received a bye in the opening round of the -78kg competition and faced a wait to find out her Second Round opponent.

Korea’s World No.23 Hyunji Yoon defeated USA’s Nefeli Papadakis on the day for the right to face Powell for a place in the last 16.

The pair had only met once previously on the IJF World Tour with Powell coming out on top back in 2019 at the Tashkent Grand Prix.

Yoon shocked Powell with an early Uchi-Mata for waza-ari and that sparked Powell into action.

The early score for the Korean fighter allowed her to adopt a defensive strategy as she looked to keep the Welsh judoka at bay.

Powell threw everything she had at Yoon, and the Korean deservedly picked up her first shido for her tactics at the half way stage of the contest.

Just when it looked like Powell would gain a bit of momentum in search of a score to at least level the contest, Yoon pulled a Tomoe-Nage out of the bag to register Ippon and eliminate the Brit.

The Brit was disappointed after the fight and will now take some time to reflect on where she went wrong in Tokyo.

“I felt like my preparations coming into it were really good. I was physically and mentally in a good place, I was really well prepared so I really don’t know what went wrong.”

“I don’t know if the nerves got to me or the pressure of the occasion, I don’t know but I just didn’t feel myself out there. I was a few seconds off the pace.”

“I don’t feel I got into the fight. I got scored on early, and normally I would push on and try and get the score back. She kept dropping and the fight just got away from me.

“The Support (from my team) in the lead up to this has been incredible. Obviously everyone has been through a really hard time with Covid – my friends, my family, my girlfriend – my Coach Darren and Support team in Wales have left no stone unturned. They have literally gone above and beyond to get me to this point, in the best shape I could possibly be in”

“Yeah, for it to end like this, is just really disappointing when so many people have put so much effort into me. There are no excuses, I just didn’t perform to what I am capable of today.”

When asked about her future, Powell suggested that she would continue her career until at least next year’s Commonwealth Games: “I don’t know. I need to have a break and watch the fight back to see what happened. I need to take a few days and understand what has happened as it hasn’t really sunk in yet.”

“Yeah it is definitely something on the cards (when asked about the 2022 Commonwealth Games in Birmingham).”

“I planned to do it before this tournament. I wouldn’t say 100% but yeah I will probably do the Commonwealth Games.”