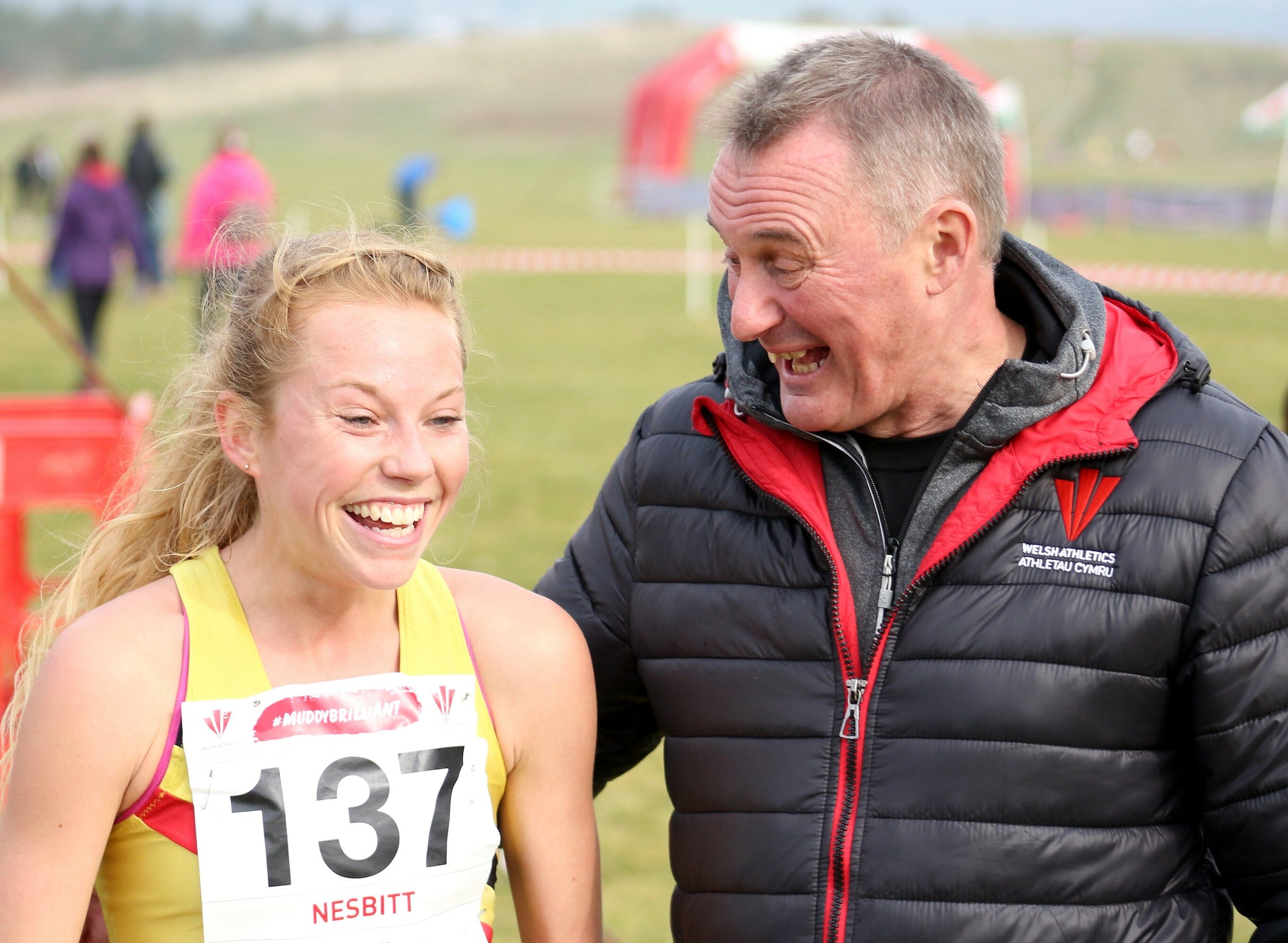 Jake Heyward and Joe Brier aren’t the only Welshmen hoping to make an impact when the athletics programme begins at the Tokyo Olympics this Friday.

Swansea Harrier Brier is part of the Great Britain 4×400 squad in Japan, while Cardiff’s Heyward will be lining up in the 1500m.

But there is an even greater Welsh contingent playing its part off the track in the Far East by making up half of the 12 lead coaches supporting GB’s athletics team.

Welsh Athletics CEO James Williams says it is a source of pride to see Wales’ coaching talent at all levels being represented on the biggest stage of all by the likes of Christian Malcolm – GB’s Olympic programme head coach.

“From a Welsh Athletics perspective, whether we directly contributed to them being there or not, we’re incredibly proud of them,” said Williams.

“So yes, it’s fantastic for us to have that link. And we celebrate that just as we have with the athletes who have been selected.”

He will be joined by another ex-Wales and GB international and current senior lecturer at Cardiff Metropolitan University, James Thie, who’ll be paying particular attention to the progress of his former athlete Heyward in the 1500m.

Former national coach and Welsh international pole vaulter, Scott Simpson, is part of the team working with the jumps athletes, while Britain’s throwers will benefit from the many years of experience of Shaun Pickering, a member of the Welsh Athletics Hall of Fame, and still holder of the Welsh record in the shot put.

And the long sprint and relay squads, including Brier, will be under the supervision of former Wales and GB one lap star, Tim Benjamin, who has returned to athletics after setting up his own chain of gyms following his competitive retirement.

Meanwhile, England and GB sprint star Darren Campbell, who has strong links with Wales, is also part of the set up looking after short sprints and relays.

Despite the depth of coaching talent in Wales at all levels, Williams is determined the nation won’t rest on its laurels.

The sport’s governing body has launched a number of coaching development programmes including a female coaching initiative and an Athlete to Coach pathway for Wales’ current crop of competitive athletes to develop into the next generation of coaches.

“I am desperate to get to a point where athletes, when they retire from the competitive side, feel as if the organisation will look after them or keep them involved in the sport,” says Williams.

“We have just launched the Athlete to Coach programme, that’s something I’ve wanted to do for such a long time.

“You’ve got Christian and Tim Benjamin, out at the Olympic Games working with British athletics, but let’s be honest as well, they were allowed to drift away from the sport in Wales and have re-engaged through a different point – that should never happen.

“In the future, I sincerely hope that our programmes will ensure that the likes of our current crop of top class athletes will get into coaching, get into management, get into the non-participation side of the sport and reach the pinnacle, but will do so because we’ve helped them, we’ve supported them.

“The whole principle of ‘retire and retain’ is something that I am desperate to get embedded within the organisation. I want everyone to feel part of the Welsh Athletics family, not just as an athlete for us to try to milk as much as we can when they’re at the top.

“They’ve got a passion, they’ve got experience, they’ve got huge knowledge of the sport. How can we retain that in the sport and use it to develop athletes for the future?

“It’s going to be something that I’m desperate to do. It’s not going to be a one off. I want it to be a core part of the culture of the sport going forward.”

A number of current and former Welsh international athletes are already taking part in the Athlete to Coach initiative.

“There’s about a dozen on the first cohort,” says Williams. “Zoe Brown, our coach development manager has done a great job in putting that together.

“I think, just off the top of my head, we’ve got Josh Griffiths in that cohort, Matthew Richards the hammer thrower who went to Commonwealth Games in Delhi and Glasgow . . . Carys Parry.

“I’m also really delighted to see someone like Rachel King taking part – one of Wales’ best ever female sprint hurdlers. It’s absolutely criminal the fact that she’s never really been directly involved in the sport.”

Williams is keen to make Wales’ coaching set up at all levels as diverse as possible.

“As much as we need former athletes to stay involved in the sport, we need female role models and female coaches so people like Rachel King, Ffion Price and Carys

Parry, we need to retain their knowledge and their skill-set to inspire female athletes to continue in sport.

“Alongside the Athlete to Coach programme, there’s also a female programme as well. And we’ve got four or five, female mentors, the likes of Kelly Sotherton, involved in that.

“I always said when we launched the strategy that we wanted to move away from just growth for the sake of growth, it’s not about getting more people. It’s about doing targeted growth.

“So we could get an additional 1,000 coaches over the next six years, but they’ll probably end up being 1,000 male coaches if we carry on just focusing on the total number.

Williams wants to continue Wales’ production line of Welsh coaches at all levels, not just at the elite performance level

“Just because we’re putting these people on these programmes doesn’t necessarily mean that they will want to go, or that we will push them, down the performance route.

“We have to move away from having a one size fits all approach where everyone goes through the coaching pathway, the officials’ pathway, the athlete pathway – different people want to join and get off at different points. And, again, we have to ensure the sport is ready to do that.

Anyone interested in getting involved with athletics coaching can find out more about the various initiatives available on the Welsh Athletics website.