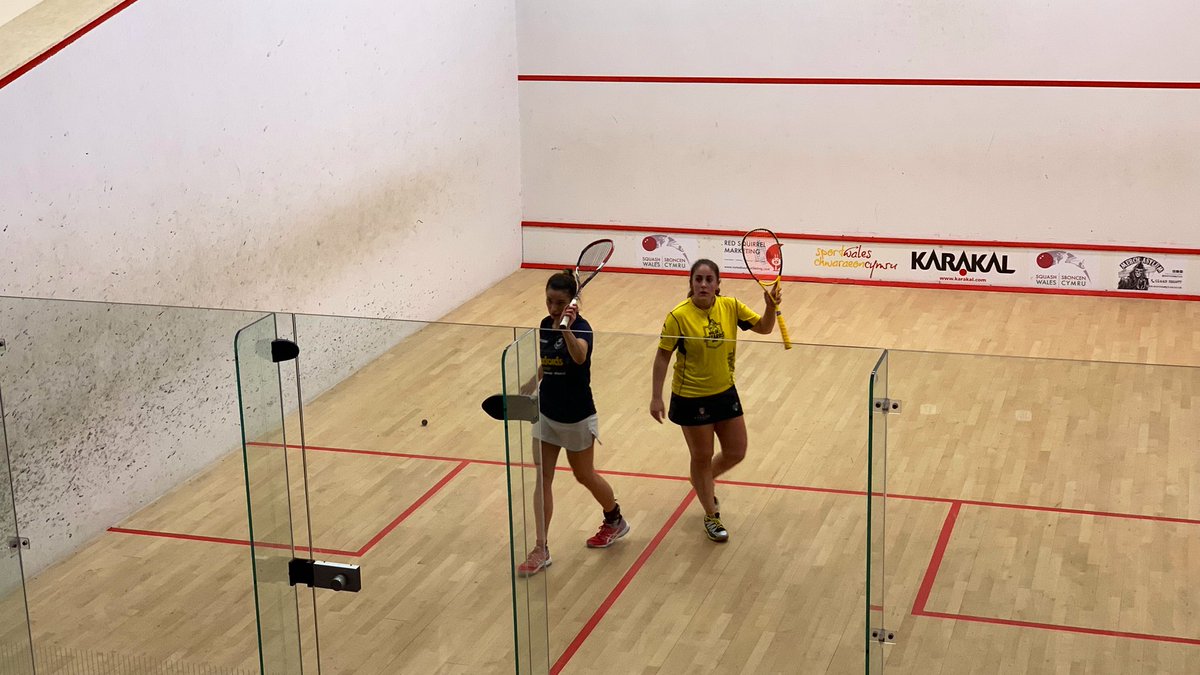 Tesni Evans acknowledges the applause of Welsh Wizards fans at the end of her straight games win against Jasmine Hutton.

All four Welsh players in the team won in straight games, while Egyptian Omar Mosaad at number one earned a point when he was edged out by England’s Tom Richards.

A sell-out attendance ensured a big atmosphere at the Sport Wales National Centre and the Wizards responded by extending their 100 per cent home record.

They were 4-0 ahead going into the last game and Mosaad almost made it five when he won won the first and held match ball in the second before being edged out by Richards 11-4, 11-13, 6-11.

A tactical switch by the St George’s player gave him new hope in a clash which had looked to be going firmly Mosaad’s way.

Richards played some sensational winners and once he had taken the second game he was on top.

Cardiff SRC’s Elliott Morris-devred and Tesni Evans were the first Wizards on court and both came through with wins.

Finnish player Henrik Mustonen, a former World number 35 now ranked 189, was drafted into the St George’s team at late notice and was favourite to beat the spirited Morris-devred, who has a ranking of 331.

But the Welshman, athletic, aggressive and assertive, took control and powered to victory 11-6, 11-8. Mustonen had no answer to the movement and shots of 20-year-old Morris-devred, a player with massive potential.

On the next court Tesni won 11-2, 11-7 against Jasmine Hutton, an expected victory, and the next matches involved Rhiwbina SRC’s Peter Creed and Emyr Evans, from Rhyl.

That made it 4-0 and while Mosaad could not quite make it five this was a sensational Wizards victory which ended St George’s unbeaten record.

Their defeat has made it clear Wizards are on the march in their first season at PSL level.