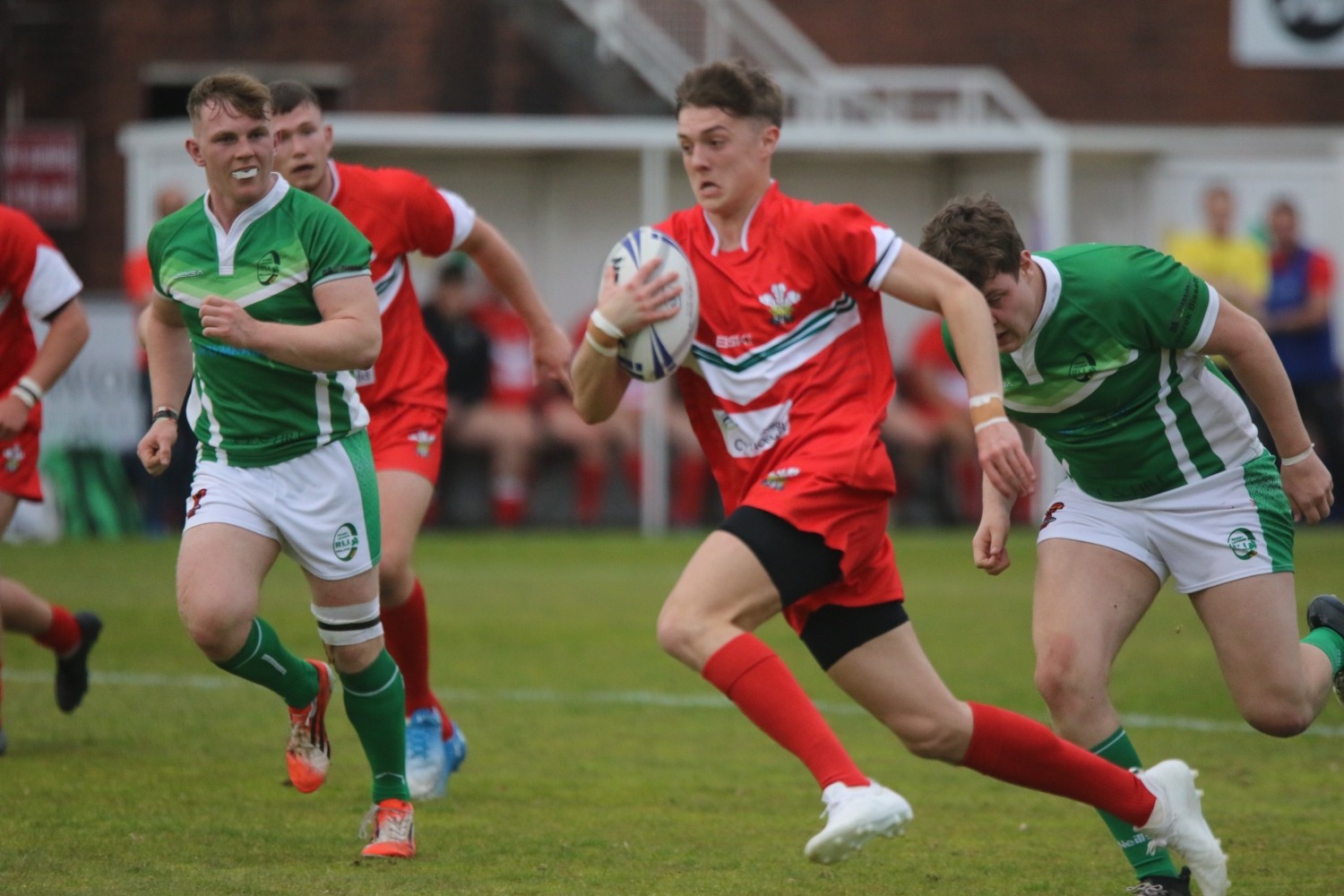 By Ian Golden at Stebonheath Park.

Wales U19 overcame Ireland 34-10 in the friendly international in Llanelli on Friday night, but the visitors made the Welsh fight all the way.

The home side took the lead in the second minute when Cai Ellis crashed over underneath the posts. Lewis Hall converted.

Ireland hit back on 14 minutes. Eoin Creaby catching a pin-point Fiach Millward lob and brushed off his markers to score in the corner. Josh McNamee missed the conversion attempt.

Wales looked for a second try, but the Irish defence stood firm. They were close on 20 minutes when Matthew Morgan kicked a dangerous grubber, but no Welsh player was able to pounce and score.

They finally got through on 28 minutes when Will Lynch picked up a pass to score in the corner. Hall converted well to put Wales 12-4 up.

From kick-off, Wales scored their third try after George Sheppard received a Matthew Morgan pass to score in the corner. Hall’s conversion attempt was wide and the home side were 16-4 up at half-time.

Ireland started the second half well. Jack Mallon was close to scoring, but forced a goal-line drop-out. From the resulting set, Andrew Smith went over and Josh McNamee converted.

James Smith thought he scored a try back for Wales straight away, but the referee chalked it off for ripping the ball away.

Morgan also looked for a try after Hall nicely slipped him the ball, but the Irish defence was too strong and he was pulled into touch.

Wales sealed the win with 10 minutes to go when Lynch scored his second, placing the ball in the corner. Hall again kicked well to put Wales 28-10 up.

A try in the corner from Jacob Lee put the icing on the cake for the Welsh. Hall’s superb conversion put the final score onto 34-10.