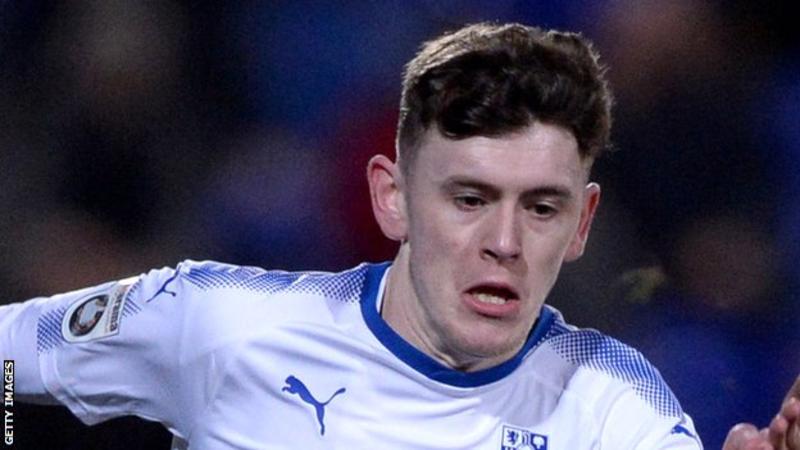 Scouser Ben Tollitt struck gold for Wrexham, scoring the goals which took them top of the Vanarama National League table.

Tollitt scored both second half goals against Wood in the second of three consecutive away fixtures.

Wrexham will have travelled 1,400 miles – which is getting close to the equivalent of driving from Land’s End in Cornwall to John O’Groats and back – by the time the arrive home from Gateshead, Tyne and Wear.

“We could scarcely have picked three towns farther away from North Wales, maybe apart from Dover,” said Tollitt, who joined Wrexham on a one-month loan deal in December and extended that by another four weeks in January.

“If it was up to me I’d love to stay longer,” he says. “I want to help Wrexham get to where they need to be.

“I’ve started the last three matches and that’s exactly what I need. There is more to come and I’m enjoying every minute of my time at the club.”

Bryan Hughes, Wrexham’s manager, is delighted with Tollitt’s contribution after three starts and five appearances from the bench.

The pacy winger has scored three goals and Hughes said: “Tolls is a talented player and that’s why we extended his loan.

“He has a goal threat, takes us up the pitch, works hard and earned his rewards.”

Tollitt started his playing career with Everton and moved on to Widnes, Skelmersdale, Portsmouth and Tranmere Rovers.

He has made 65 first team appearances, scoring 10 goals, and looks certain to start for Wrexham at Gateshead on Saturday.

Swansea-born Scott Barrow, a 30-year-old former Newport County and Merthyr Town player, is in the Gateshead squad and is likely to face the Dragons.

They have 12 fixtures left in their quest for promotion to the Football League, six of those at home and six away.