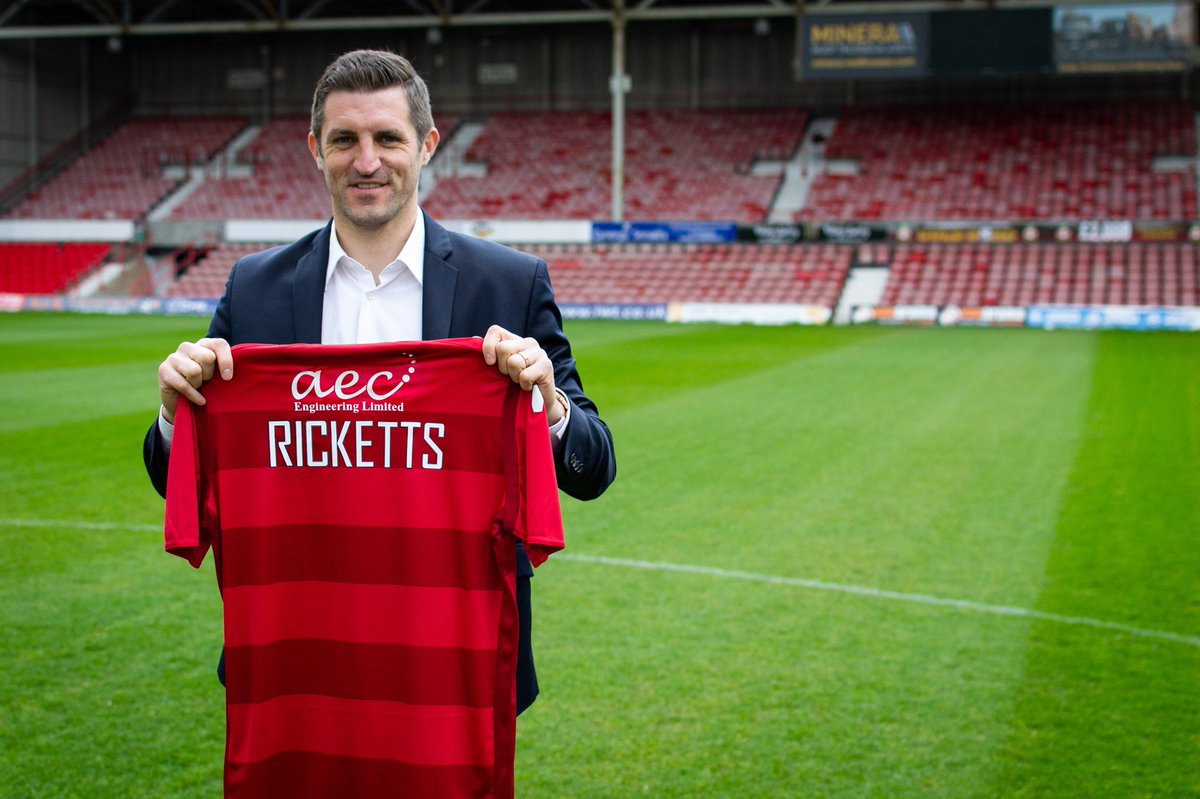 All smiles back in May but is Sam Ricketts heading to Shrewsbury?

Wrexham hit-man Mike Fondop is dancing his way along the goals trail for his new club.

The 24-year-old striker from Cameroon loves to celebrate his goals in style and followed France and Atletico Madrid ace Antoine Griezmann when he netted against Eastleigh away.

That took his tally to four goals in five appearances for the Dragons when he scored their final goal in a 3-1 Vanarama National League win at Eastleigh in Hampshire.

Fondop immediately went into his ‘Griezmann dance’ routine which Wrexham’s travelling fans loved and he said later: “It’s all to do with the relationship I have with club fans.

▶️ WATCH | Mike Fondop was rather upset about conceding our first goal of the season today at @EastleighFC – but happy to score & win.

“Somebody told me about Antoine Griezmann and when we were at the team hotel on Friday I looked it up. When I scored the fans were expecting a celebration and thought I would go for it.”

“It was a physical battle against two strong centre-backs,” says Fondop. “The gaffer (Sam Ricketts) tells us to win our individual battles first and even if defenders are 6ft 7ins tall and weight 20 stones I am going to win those battles.

“I enjoyed battling with those Eastleigh defenders.”

Fondop scored with a left-foot finish and has now netted with both feet and his head already this season.

He was, though, disappointed that Eastleigh scored and ended Wrexham’s run of clean sheets, saying: “That upset me. I wanted us to keep those clean sheets going.”

Fondop was born in Cameroon and moved to England from the capital, Yaounde, six years ago to study Actuarial Science in the University of Essex, Colchester.

He graduated with a first-class degree and only then turned his attention to playing professional football.

He signed for then National League side Guiseley at the start of last season, enjoying spells at Whitehawk, Stanway Rovers, Billericay, Oxford City and Halifax before joining Wrexham on a two-year contract.

Manny Smith, Shaun Pearson and James Jennings shone for Wrexham, while Akil Wright broke up many Eastleigh attacks with his decisive interceptions.

Ricketts named an unchanged starting line-up from their 2-0 midweek win against Maidenhead and maintained momentum, having earned 13 points from five League matches.

Smith opened the scoring for the Dragons after eight minute, finishing from an accurate Luke Summerfield free-kick and an own goal made it 2-0.

Man of the match Summerfield delivered from another set piece and Eastleigh’s Alex Winter headed into his own net after 13 minutes.

The ability of former Bournemouth and Orient Summerfield midfield player to whip in free-kicks and corners with accuracy is going to be a potent weapon for Wrexham this season.

“It’s great to keep the winning run going,” said Summerfield. “Momentum is with us and that’s massive.

“Set pieces are going to crucial to us and we must be a threat. That’s what happened against Eastleigh.

“It’s too early to look at the league table, but we have a squad capable of winning every game. We have enough quality on the pitch and in our squad and will cause opposing teams problems.

“But we can still improve and we will focus on making sure that happens.”

Eastleigh were rocked when they had substitute Andrew Boyes sent off for a second bookable offence, but they still manager to pull a goal back when Paul McCallum scored.

Then came Fondop’s ‘Griezmann’ moment after he fired home from a tight angle off a post in the 81st minute.