Sam Finds Silver Lining In Glasgow....Now For That Tokyo Time

A thrilling first day of action at the British Athletics Indoor Championships in Glasgow saw Welsh athletes claim four medals with the promise of more to come on Sunday. Cardiff's Sam Gordon led the way for Wales with a silver medal in a closely fought men's 60m final. Gordon started the day well by winning his heat in a time of 6.82, before clinching his place in the final by finishing second to Adam Thomas in 6.80 in his semi.

Sports Technology Has Taken Flight Like A Pair Of Nike Alpha Fly . . . And No-One Knows The Destination

You don’t have to be a ranting Premier League football manager, raging against VAR, to understand how technology is changing every aspect of sport. From parkrun to Eliud Kipchoge, sport is being dramatically altered. Graham Thomas speaks to some of those at the sharp end of the transformation. In Wales – as in so many other countries around the world – runners watched in awe and open-mouthed disbelief as Eliud Kipchoge became the first athlete to run the marathon in under two hours back in October. Not everyone, though, was concentrating on the Keynan superstar’s grimace as he bounded along the road in Vienna. Many top class runners were looking at what Kipchoge had on his feet and wondering if the technology of the Nike Alpha Fly might give them wings, too.

Callum Paterson has become a symbol of Cardiff City’s street-fighting resurgence, according to his manager Neil Harris. Scotland international Paterson has scored four goals in his last seven games for the club, propelling them from the middle reaches of the Championship to within touching distance of the play-off places. The 25-year-old has done it – says his manager – on the back of hard work and a resourceful attitude, plus the advice given from his boss who scored 156 goals during his own career as a striker.

Hundreds of Welsh athletes are preparing to compete in wildly contrasting conditions this weekend. But the goal for many of the elite athletes competing at each venue will be the same – taking the next step towards representing Great Britain at the summer’s two big international events. Some of the nation’s top track and field athletes will battle for medals at the British Indoor Athletics Championships in the relative calm of the Emirates Arena in Glasgow on Saturday and Sunday.

France have questioned Wales’ handling of Dan Biggar’s recovery from a head injury – despite the recruitment of a concussion specialist to oversee the player’s return. In a sideswipe from France team manager Raphael Ibanez that followed the former hooker’s dismissal of cheating allegations made against his team as “childish”, Ibanez stoked the fires before Saturday’s Six Nations clash in Cardiff. "It was a blatant, childish attack,” said Ibanez in reference to the claims of Wales prop Wyn Jones who had previously stated that France would cheat at scrum time.

The Welsh Rugby Union has set aside £100,000 to support clubs affected by Storm Dennis. The WRU has been working to assess the impact of the storm in rugby communities in Wales and has announced it will provide extra help and funding to the affected clubs. An 'exceptional circumstances' fund of £100,000 has been created, while the WRU is sourcing other resources to help tackle the problems.

Wales will field the most capped team in Six Nations history on Saturday – and head coach Wayne Pivac hopes that experience can be a factor against France. The Wales starting line-up contains a record 859 caps, with more than half the side having played at least 50 Tests and skipper Alun Wyn Jones edging close to 140 for his country. It breaks the previous best mark of 822 set by Italy against Scotland in 2012. 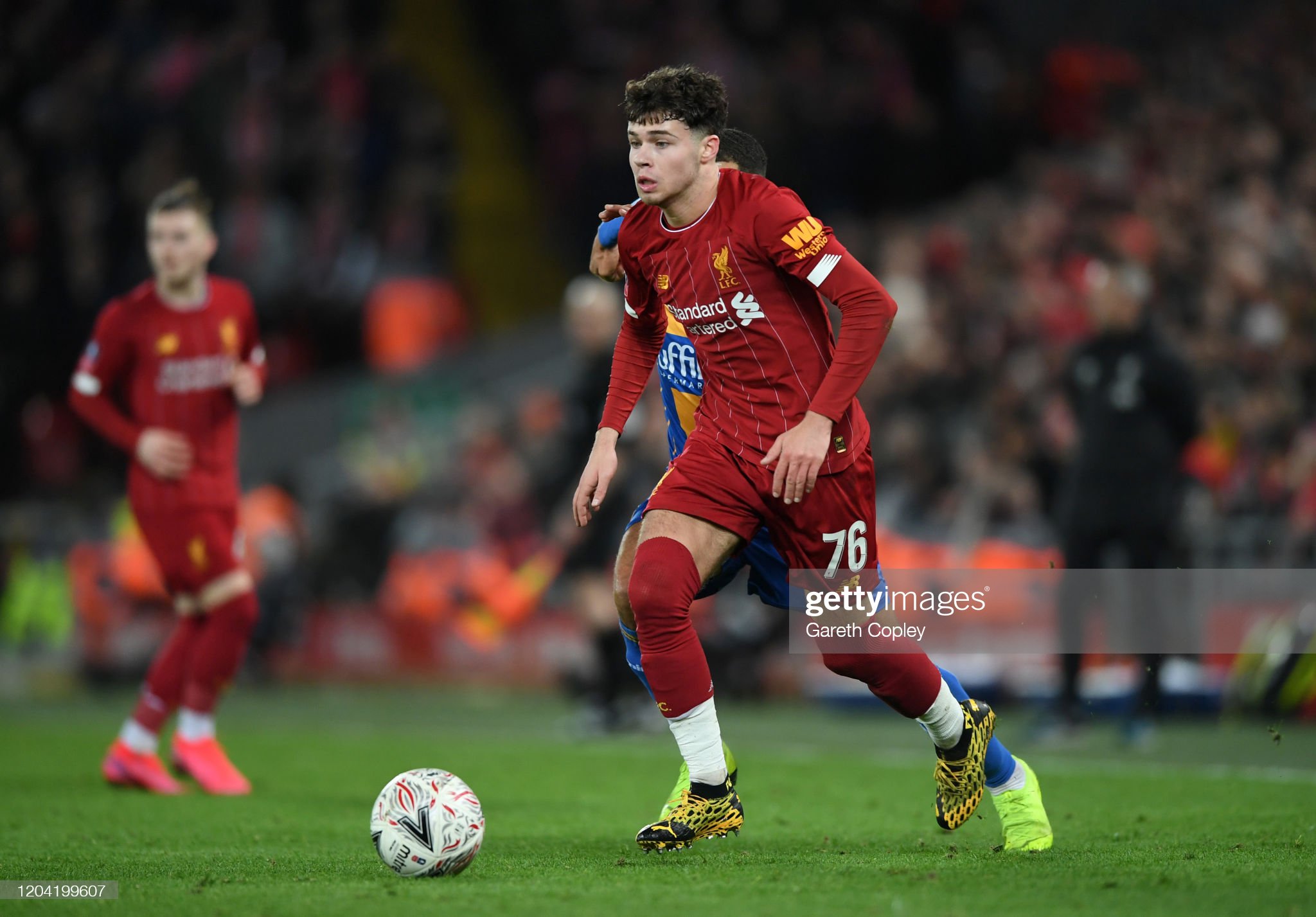 Rising Liverpool star Neco Williams believes the form that has put him on the radar of Ryan Giggs and Wales stems from the sky high standards he faces just to get a game at club level. The Wales Under 18 international has been part of the first-team training set up... Read More
5/2/2020Graham ThomasNo commentsDai Foot, Features 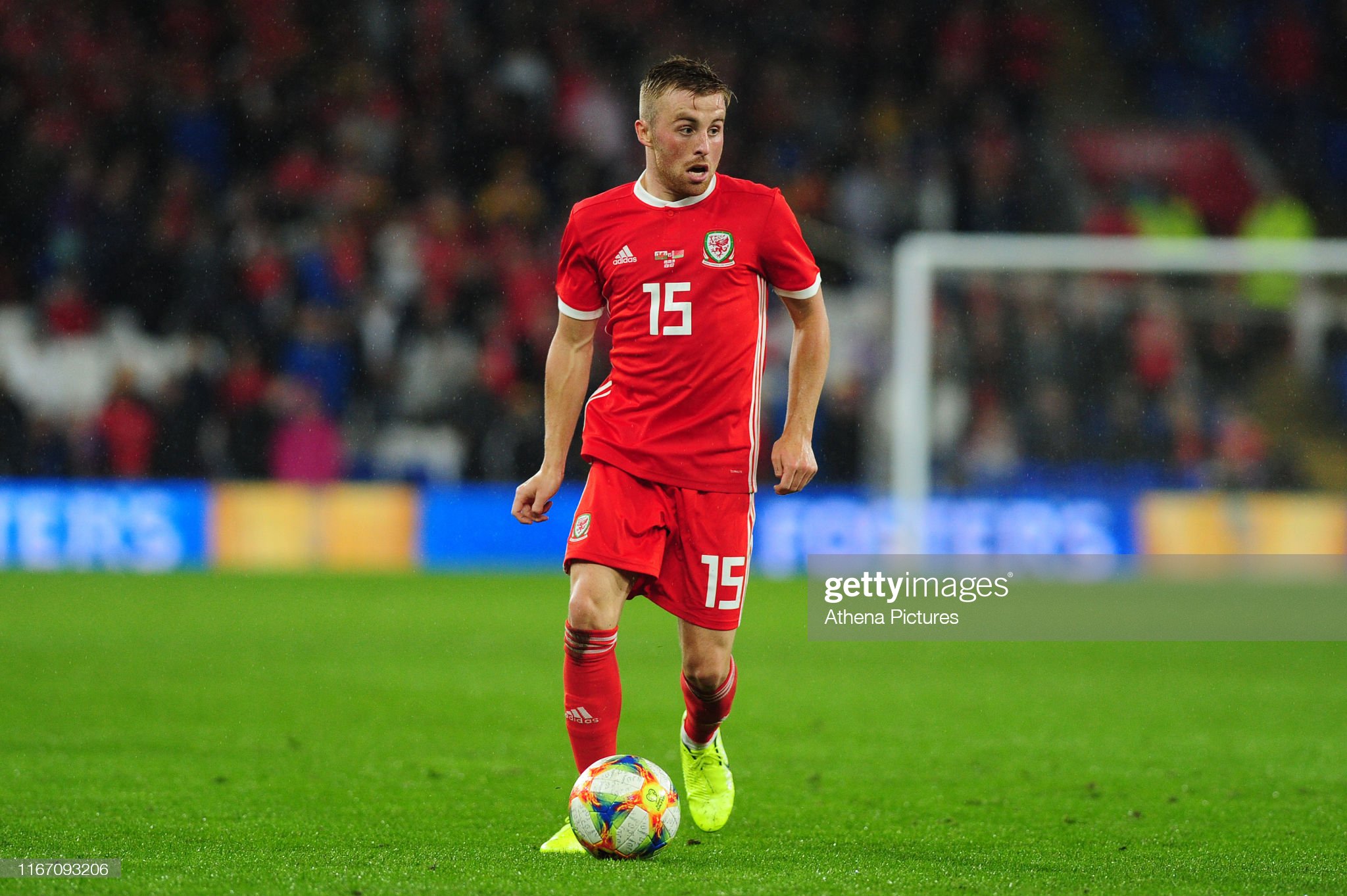 Joe Morrell . . . The Journey From Margate To Euro Finals With Wales, Via Bristol And Lincoln

Wales midfielder Joe Morrell is hoping to realise a personal ambition – and complete a remarkable football transformation - by being part of Ryan Giggs’ UEFA Euro 2020 finals campaign this summer. Since going on loan to Lincoln City from his parent club, Bristol City, last summer, so much has... Read More
23/1/2020EditorNo commentsDai Foot, Dai Xtra, Features 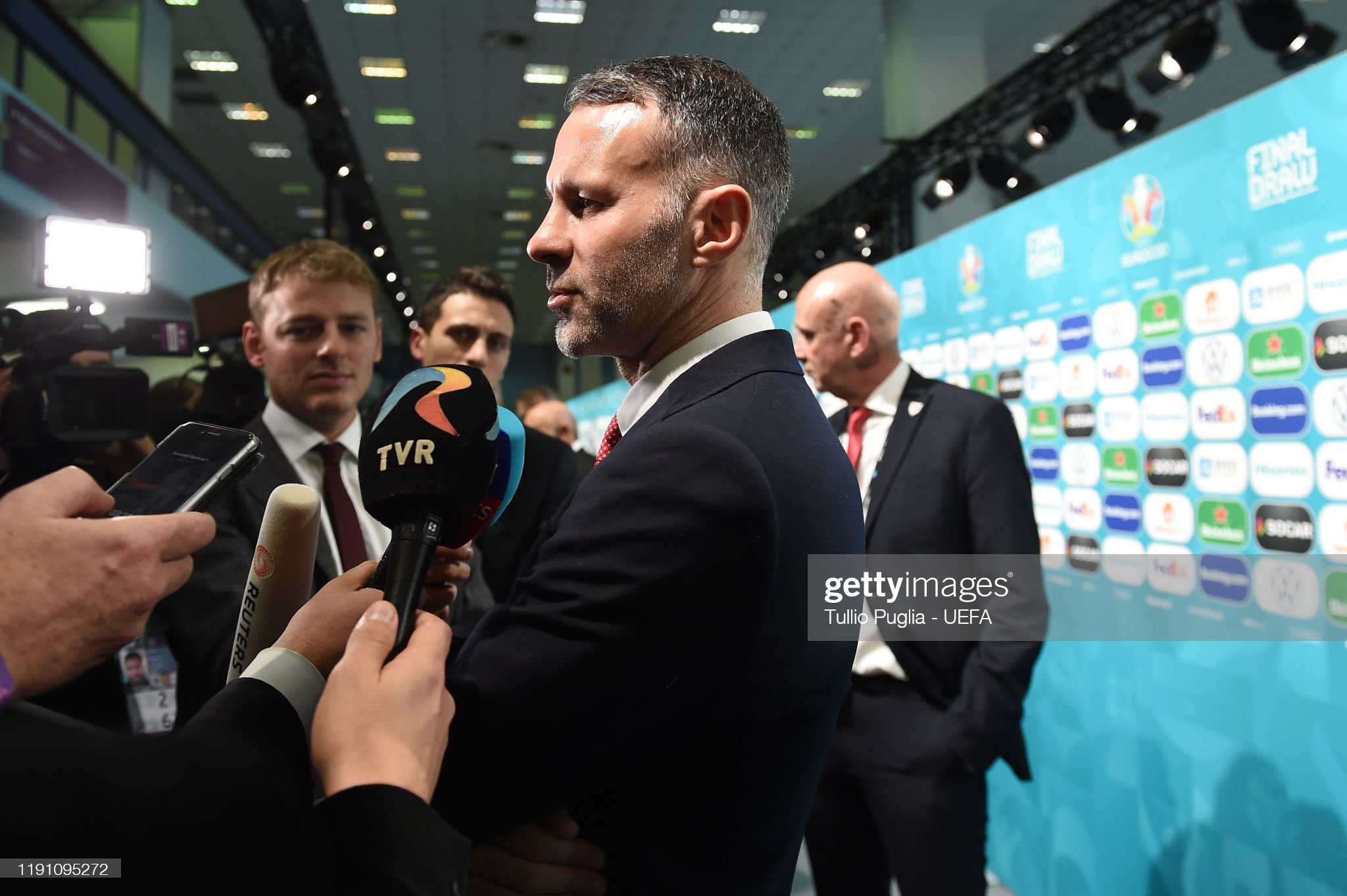 Ryan Giggs wants Azerbaijan fans to adopt Wales as their back-up team and support them through the Euro 2020 finals. Wales will make a decision in the coming weeks over whether to base themselves in Baku for their tournament build-up, with the manager keen for locals to claim his side... Read More
2/12/2019Graham ThomasNo commentsDai Foot 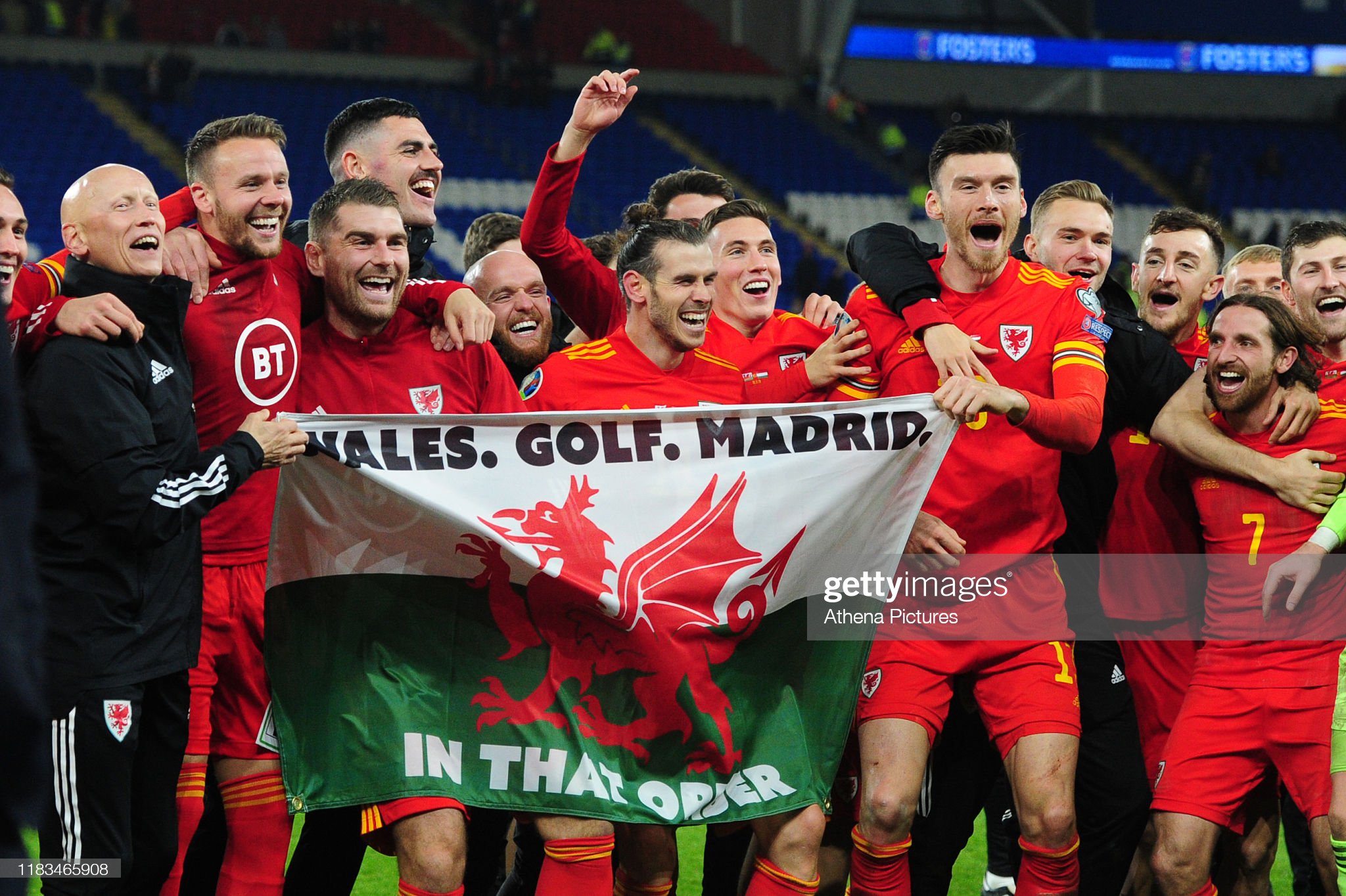 Tom King is worried he may have found his way onto the Madridistas’ hit list after standing next to Gareth Bale in Wales’ post-match celebrations after qualifying for the Euros this week. Bale’s team-mates huddled around the Real Madrid star after the game and draped a Welsh flag that carried... Read More
23/11/2019Graham ThomasNo commentsDai Foot, Features 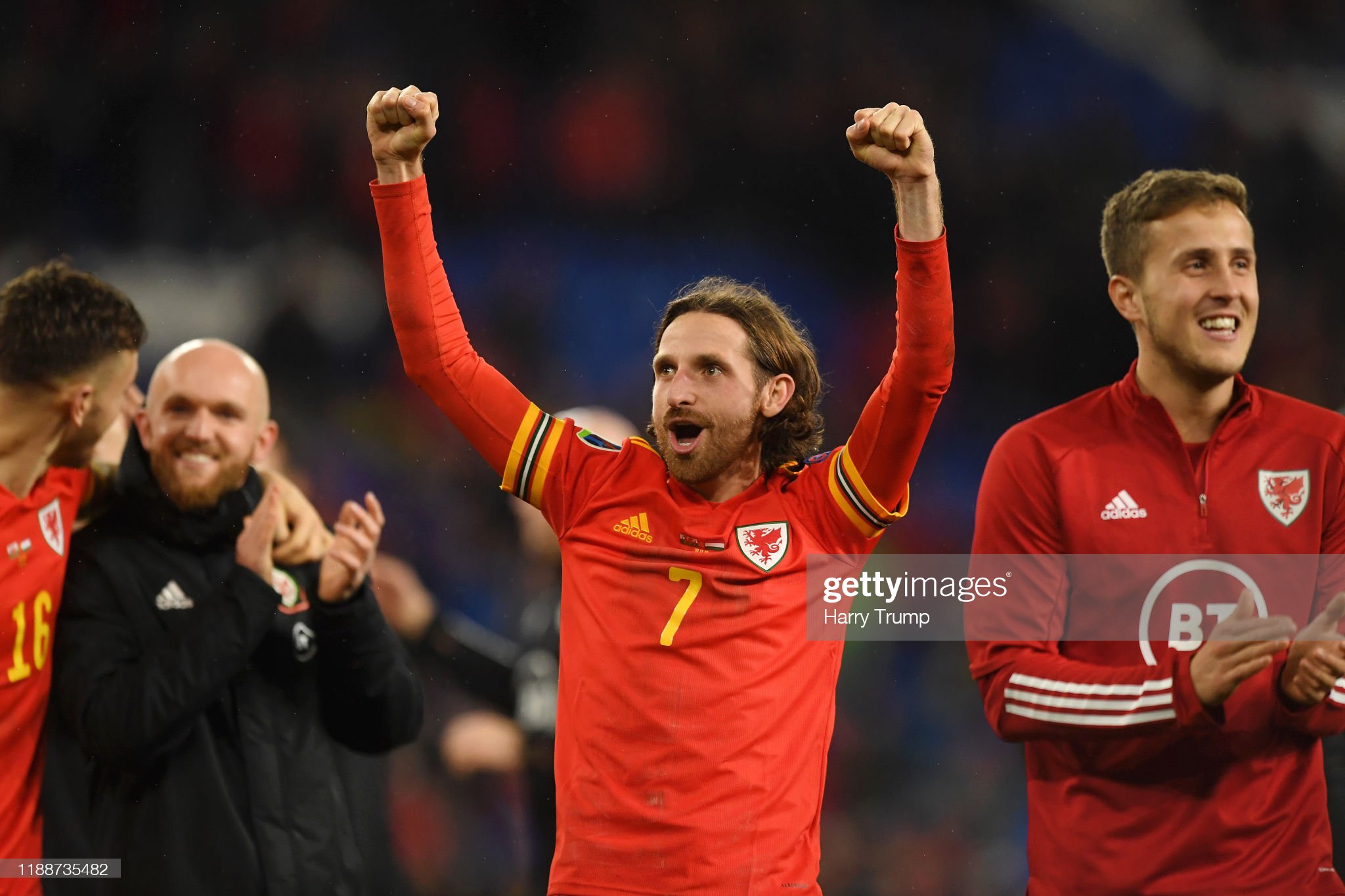 Wales Can Hurt Teams . . . But We Can No Longer Surprise Them, Says Joe Allen

Joe Allen has warned that Wales can no longer use surprise to ambush their opponents when they go to the Euro 2020 finals next summer. The Wales midfielder is a survivor from the 2016 team that reached the semi-finals in France, but believes that campaign – and this week’s qualification... Read More
21/11/2019Graham ThomasNo commentsDai Foot 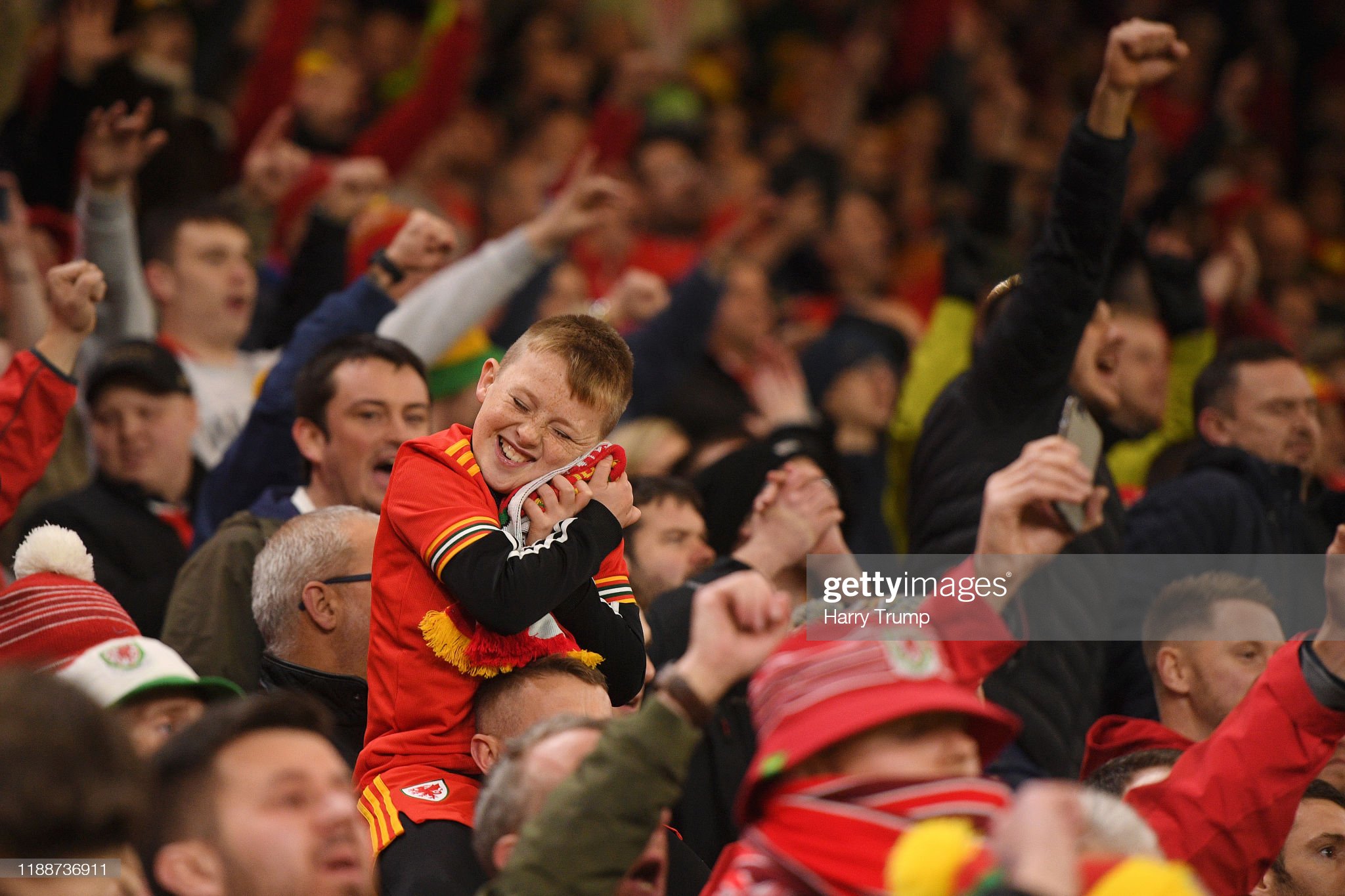 Wales Have Climbed A Mountain . . . But Now We Can Go Higher, Says Ryan Giggs

Ryan Giggs believes buoyant Wales can arrive at the finals of Euro 2020 next summer on a rising tide of young talent and priceless experience. The Wales manager insists his team can deliver far more than they showed in their comfortable 2-0 victory over Hungary that clinched their place at... Read More
20/11/2019Graham ThomasNo commentsDai Foot
Load More