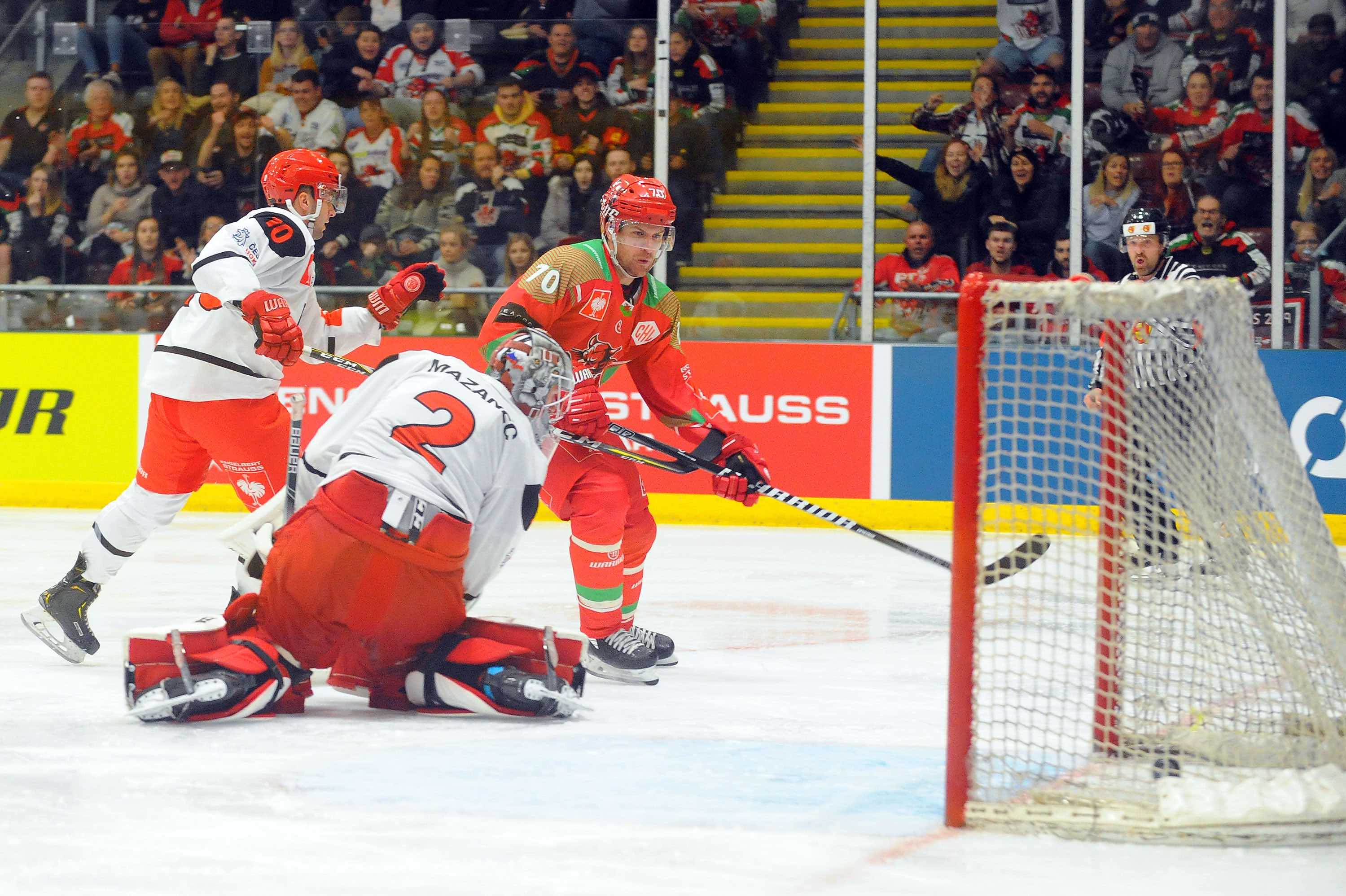 Cardiff Devils stand top of their group, one point ahead of Graz 99ers, after the opening Champions Hockey League fixtures.

The next CHL test for Devils is against Austrians Graz 99ers at the same venue on Sunday (4pm).

Devils were without captain Joey Martin, ruled out by a minor injury, while new Finnish forward Matias Sointu flew into the UK during Friday afternoon and was not involved.

Sointu, though, looks certain to ice in Sunday’s clash with 99ers.

Joey Haddad, Sean Bentivoglio and Riley linked up on Cardiff’s first line against Mountfield, while Masi Marjamaki, Stephen Dixon and Sam Duggan were on the second line.

You were amazing last night Red Army – how about we make it even louder tomorrow? 🔊

Can we make it the first #HellOut of the season?

The pairings on D were Mark Richardson and Gleason Fournier, Sam Jardine and Bryce Reddick, Sean McMonagle and Mark Louis.

Both teams were looking to start their CHL campaign with a win after both finished bottom of their respective groups in the previous two attempts.

Mountfield, from the Czech Republic, started strongly and went ahead when Radovan Pavlík scored with a one-time blast from the right midway through the first.

Devils made it 1-1 on a 5v3 powerplay after 31 minutes 11 seconds. Some nice passing set up a shot from Pope and despite goalie Marek Mazenec’s best efforts, the puck went loose to Riley, who levelled the score.

Those two goals in 53 seconds put Devils on top.

The pressure remained though, with another player still in the box, the Devils made it count. This time a strike from Gleason Fournier from the point, tipped in by Mike McNamee, put the hosts ahead with a 2-1 lead after 32-04.

Those two goals in 53 seconds put Devils on top and they continued to press. Linglet ripped a third goal for Cardiff from the left five minutes into the period, leaving Mountfield 3-1 down.

The visitors were given an opportunity of their own with a five on three power play midway through the third period, but with some crucial blocked shots from Devils the home team kept Mountfield out.

Mountfield grabbed their second goal with two seconds left in the game, but it was too little and too late as Cardiff earned the exact start they wanted, securing all three points on home ice in their opening competitive game of the season.

Next up for the Cardiff Devils is Austrian side Graz 99ers who will be in Cardiff on Sunday to face the Devils at 4:00pm at Viola Arena.

Tickets for Devils CHL match against Graz 99ers on Sunday can be purchased through the Devils website cardiffdevils.com or by calling 0800 0842 666.

What a game from the guys!

Felt right to do one final wave seeing as Granny B got mad at me when I told her I wasn't doing it anymore.

The other teams in Devils group, Frolunda Indians and Graz 99ers, played with the Austrians emerging 5-4 winners after overtime and penalties

Frölunda have been a dominant force in CHL, entering their sixth season as reigning champions once again after lifting the trophy for the third time at the end of 2018-19.

Swedish winger Max Friburg, a former Anaheim Ducks NHL player, is in his third season with Frolunda and said: “We started good, but then we lost it.

“We need to create chances through our forecheck and attacking, but we played too hard.

“Graz are a good team, took advantage of our mistakes and had a lot of turnovers.

“We need to learn from our mistakes and play better against Mountfield on Sunday.”

Belfast Giants opened their CHL campaign with a 5-4 home win against Bili Tygri Liberec at the SSE Arena.

Here are some of the most important things fans need to know about the CHL format:

1. Three points for a win

Similar to most domestic leagues in Europe (not Elite League) there are three points for a win in regulation time. If the game goes to overtime, both teams receive a point – and will play sudden-death, or a shootout if necessary, to determine the winners who receive an additional point.

If we need overtime in a game, it’s played 3-on-3 with the first goal scored being the game’s winner.

Shootouts are ‘Best of 5’. If that doesn’t solve things, we reverse the order the teams shoot in and go to ‘sudden death’ where anyone can step up to shoot for the first time, or again from earlier rounds.

The top two teams in each group qualify for the last 16. Group winners are seeded against runners-up at a draw in October.

5. Every point counts for the team AND their country

It’s not just themselves teams are playing for. Rankings decide how many places each league earns next season. Leagues are ranked based on the average number of points per game. So in the cases of Sweden and Switzerland, this means ‘How many points did their five teams manage on average?’