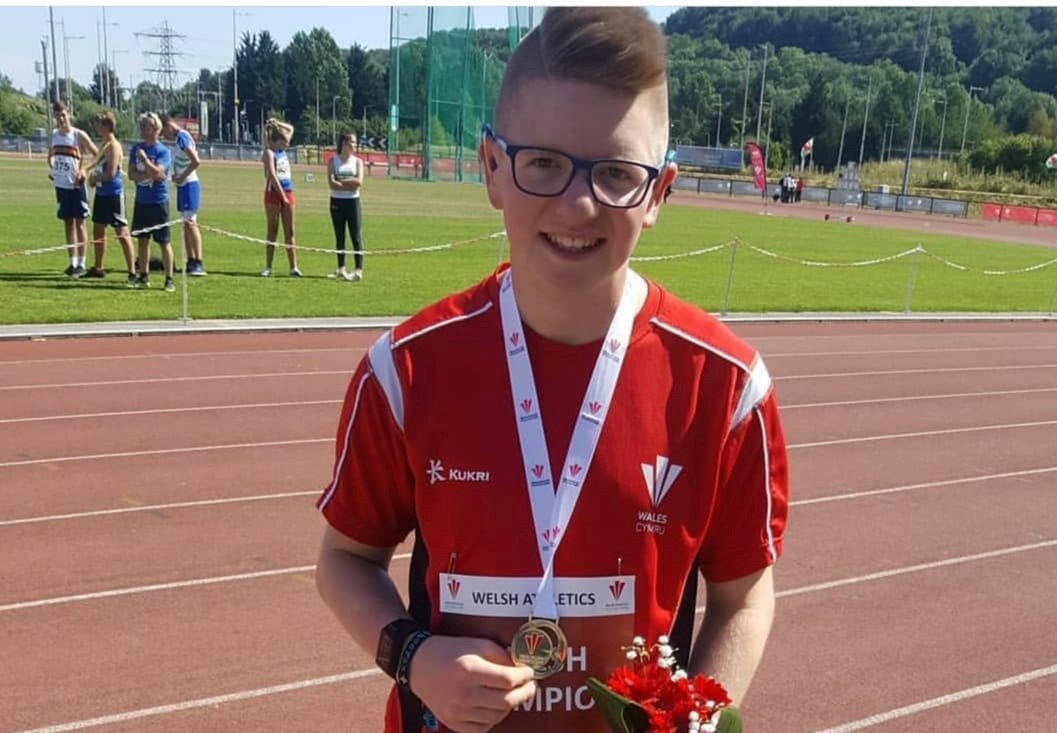 Danny McKerlich is back on the road to being a competitive athlete again after a year he describes as “absolutely awful.”

The Welsh international race walker competed in a 5K race in Leeds for the first time last week and is due to get another outing again in Stourport on May 23.

After a lonely year of being forced to train on his own, the return to action is not just a welcome resumption of McKerlich’s athletics career but also a much needed lift to the mental health of the 20-year-old Cardiff Athletics walker.

McKerlich – who competes against able-bodied athletes as well as those in the disabled T20 category for people with learning difficulties – was not able to set foot on a track for 12 months.

“It feels brilliant to be back because the last year has been awful – absolutely awful,” he says.

“I’ve raced again and got back onto the track again this week at Leckwith in Cardiff, which is fantastic.

“That was my first time there for a year. Before that I wasn’t able to train there at all, so I’ve been training alone on the roads near my home in Gwaelod-y-Garth.

“Because of my disabilities, doing the same thing all the time, week-in, week-out just bored me. I wanted to be around other people at the track.

“I was feeling quite good physically and I was able to see my coach for one or two sessions, but that was it.

“It was hard going out after dark, too, because it often felt a bit dangerous and there were some people who seemed aggressive.”

Wales may boast two world class able-bodied race walking women in Heather Lewis and Bethan Davies, but male walkers in this country are more thin on the ground.

McKerlich’s coach, former Great Britain and Scotland international race walker Martin Bell, believes his athlete has the potential to help fill that void in able-bodied as well as disabled competition, but it has been a hugely difficult year.

Add in the fact that race walking is not included in the Paralympics – meaning McKerlich has no opportunity to gain any elite status funding – and it’s clear to see that his walking has been an uphill battle, metaphorically, at least.

As well as his learning difficulties, his ADHD, dyspraxia and bilateral hearing loss, the former Radyr Comprehensive School pupil also suffers from spinal issues that can restrict his mobility.

Yet he has become Wales’ number one ranked senior able-bodied race walker, and in the UK rankings for T20 athletes he was also ranked first in 2019.

Bell, who also coaches Lewis, says: “Dan is very determined to put the work in and there is no reason why he should not be able to climb higher up the UK rankings as an able-bodied athlete.

“He has to keep working on his technical limitations, but he is getting better and better.”

The last 12 months spent slogging alone on roads were difficult for McKerlich, though they may prove to be beneficial in the long run.

As a young endurance athlete, he needs to work on his staying power, according to Bell, who believes it was not so much the track that his athlete was missing as the company of others.

“He found it difficult to accept that he wasn’t able to get to the track. He got quite frustrated.

“But I have been trying to get him to get on the roads more, anyway. It suits Dan to be at the track because he’s been comfortable there. It’s less the track, it was more the contact with other people that he was missing.”

When he is not training and racing McKerlich often officiates at athletics meetings, while also finding time to run his own baking business to support his athletics.

But he is ambitious for more than the crumbs when it comes to his race walking. In the absence of his chosen discipline at the Paralympics, he has his sights set on one day making the Virtus World Athletics Championships and their multi-sport Global Games.

Virtus – the organisation formerly known as the International Sports Federation for Persons with Intellectual Disability – does include race walking among its events and McKerlich wants to test himself at the highest level. The next Virtus Global Games is in France in 2023.

“Since race walking isn’t in the Paralympics, the Virtus Games would be the aim for me.

“I’ve relied on my earnings to support myself and also the fantastic help I get from my parents, but I’m now also slowly starting to get on the performance pathways.

“The last 12 months have been really hard, but now I’m competing again I just want to get out there and make up for lost time.”