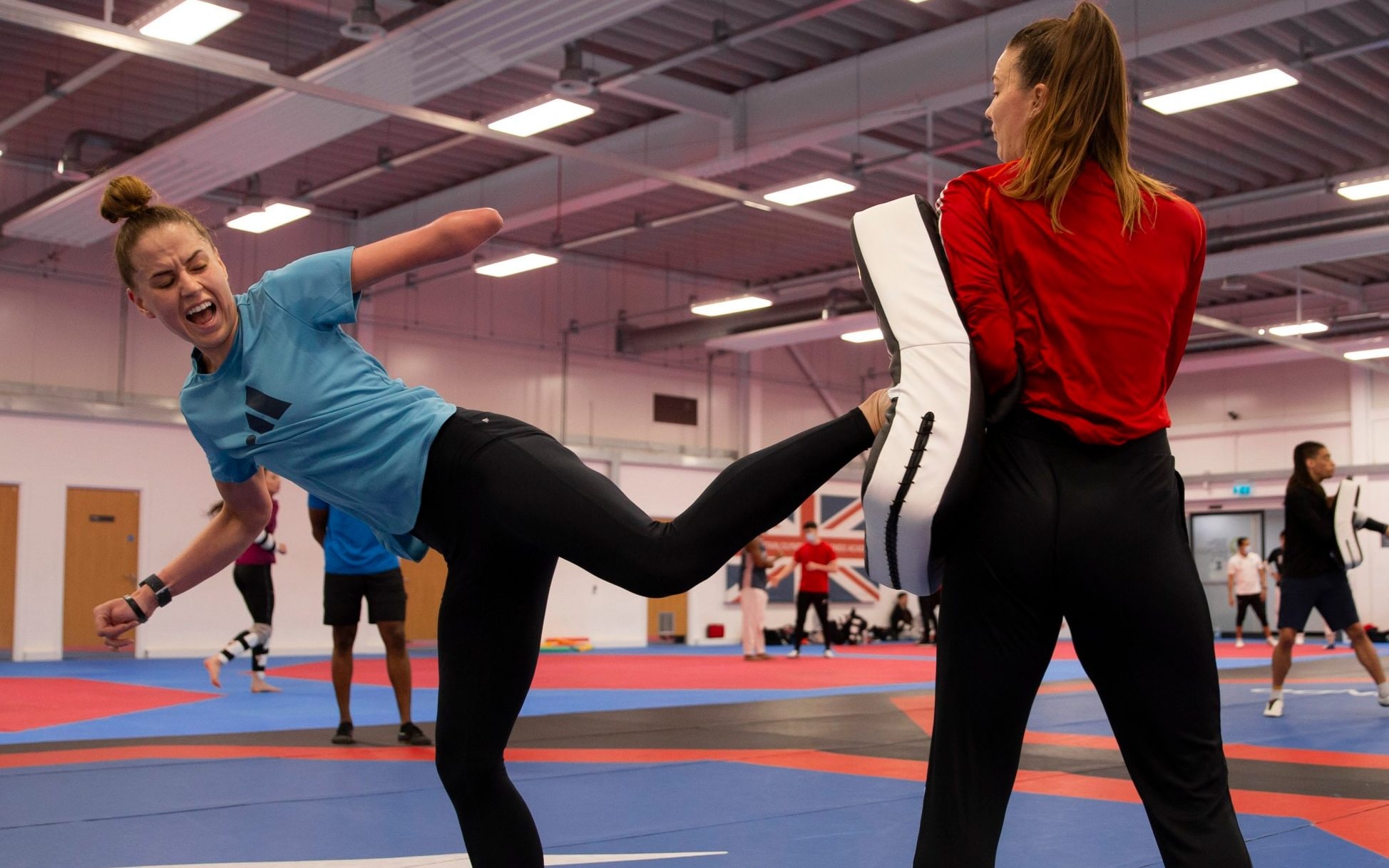 A serious knee injury suffered by reigning world champion Matt Bush means Beth Munro will be carrying Welsh hopes for Team GB when the taekwondo starts at the Tokyo Paralympics next week. It’s a top billing that has come like a bolt from the blue as Tom Prosser reports.

Six short months ago, if you had told Welsh taekwondo star Beth Munro she would be going to compete at the Tokyo Paralympics, she would have laughed.

It has been a crazy few months for Munro, who had realistically targeted Paris in three years’ time, rather than this summer’s event.

Munro was born with an arm impairment, but has only recently taken up disability sport after a career in netball where she even played an international for England prior to the 2019 World Cup.

The Liverpool-born Paralympian qualifies for Wales through her mother and is very thankful to Disability Sport Wales for the opportunities she has received.

“If anyone had said to me just a few months ago I would be going to the Paralympics, I would have said that’s not possible,” says Beth.

“I had played netball since school, so athletics and taekwondo were still very new to me.

“But when I met Anthony Hughes (DSW Performance Manager), netball was put on the backburner and I switched to taekwondo.

“Initially, I went to a Disability Sport Wales talent spotting event, thanks to Chantelle Tuchon.

“She deserves a lot of credit for getting the ball rolling for me.

“She told me she was going to do wheelchair basketball in this talent-spotting event in north Wales and asked if I’d like to join her.

“I thought, ‘I’ve never done one of those before.’ So, I drove an hour and 20 minutes, by myself.

“That’s where Anthony came up to me and said, ‘if I can potentially get you to win a Paralympic medal, will you come down to Cardiff to train?’

“It was a no-brainer. That’s when the journey began.”

From that moment onwards, Munro fully committed herself to disability sport and travelled down to Cardiff from Liverpool to start her training.

“Anthony asked me to travel down once a month. I started with javelin and he said, ‘Beth, why not do taekwondo while you’re down here?’

“I started it, even though I’d never kicked or punched a person in my life.

“I kept saying, ‘I’m so sorry!’ whenever I kicked anyone. They told me I didn’t have to keep doing that!

“But I got the bug and that was that.”

Munro was soon thrown in at the deep end and was selected to represent Team GB at a Paralympic qualifier in Bulgaria.

At that stage, she had never competed in a competitive taekwondo bout, expect for a few test events.

“It was my first ever competition. I hadn’t even done anything nationally.

“It was surreal. The whole experience was incredible. I had to learn about the etiquette, like what to do in the holding area. I was like a sponge, soaking everything up.

“It was just a case of seeing what I could do. Nothing ventured, nothing gained.

“When the draw came out, it was just one game. You win it, Beth, and you get the gold and go to Tokyo.

“That was it. I was so focused and determined. I just wanted to get on the mat and show what I could do.

“I did and a gold came out of it. It was fantastic.”

Munro’s progression in the sport has been rapid and whilst she admits there is still room for improvement, she is focusing on showing her strengths out in Japan.

“I had been at GB since March, the qualifier was in May, so it had only been two months and I was going to Tokyo.

“It was amazing. Paris was always the aim, but suddenly I was going to Tokyo!

“I had only been doing the sport in total for less than two years.

“The coaches have given me strategic things to work on. I have to focus on the strengths I already have in terms of tactical and technical things.

“There are analytical things as well – studying opponents to make sure I’m ready.

“You have to be conditioned for six minutes – three two-minute rounds – to give your absolute maximum.

“But you have to grasp opportunities with both hands, or one hand, or however many hands you have!

“It’s a dream comes true. I need to pinch myself because I’m living the dream.

“I’m proof for any disabled person that any dream can come true.”