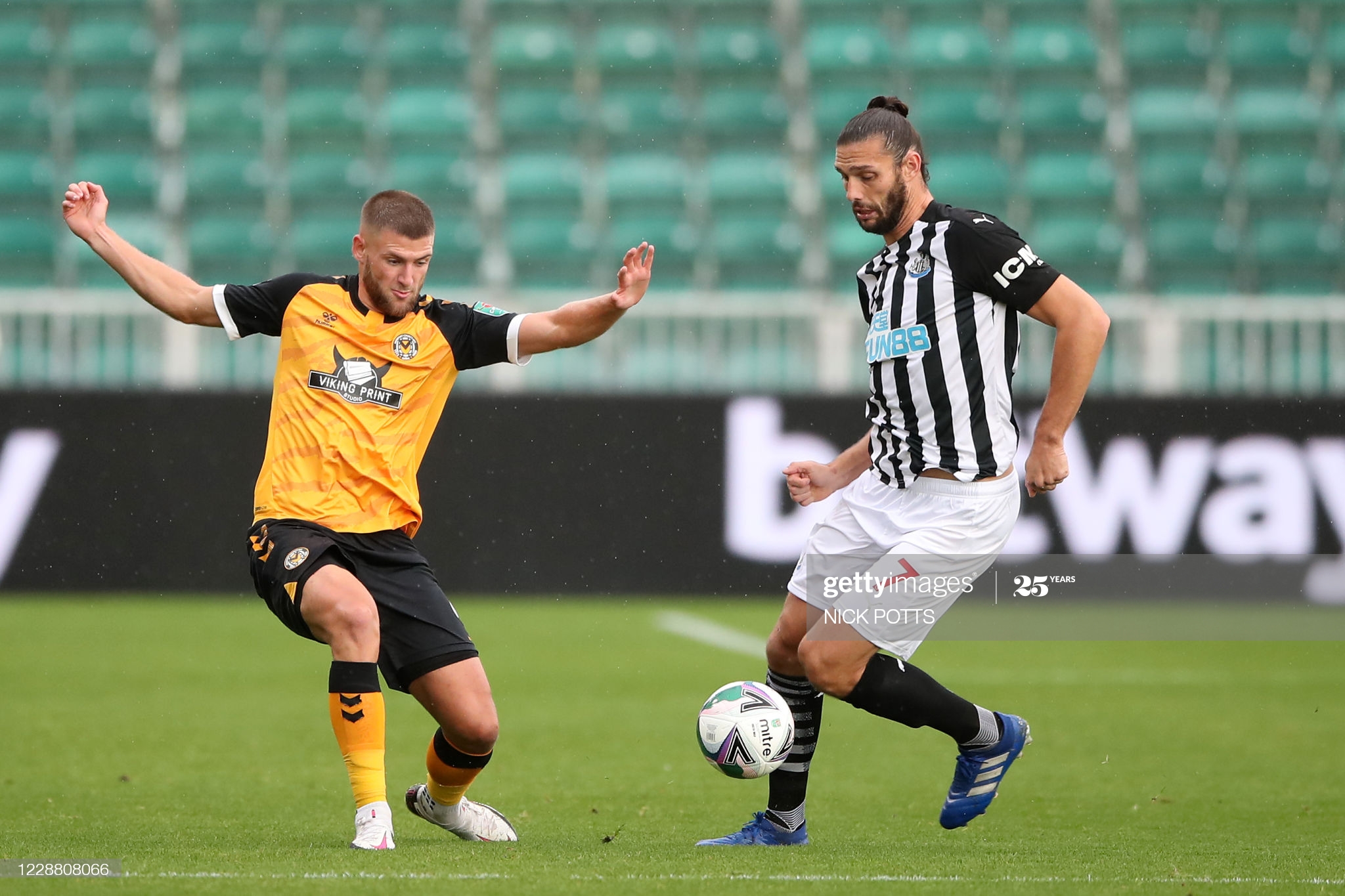 Brandon Cooper impressed on loan but is now one of five players to have been recalled by their clubs. Pic: Nick Potts / POOL / AFP) /

Wales Under-21 defender Brandon Cooper says he is proud of the way he dealt with ex-England striker Andy Carroll – even if his big night ended in heartache.

The on-loan Newport County defender produced a superb display to keep out the threat of Carroll and his fellow Newcastle United big guns Callum Wilson and Joelinton.

And those memories will not detract from his penalty misery when he fired a spot-kick high into the stands as the League Two outfit were denied another famous giant-killing act in the Carabao Cup.

“I couldn’t be more proud with the game,” said Cooper, who has gone out on loan from Swansea City to gain valuable game time.

“To take a Premier League side to penalties was a massive achievement and to play against those players was a bit surreal.

“Andy Carroll is a hard player to play against, but I think we did well against him.”

“Jonjo (Shelvey), Andy Carroll, (Ryan) Fraser was very sharp, (Callum) Wilson – to play against those players was a bit surreal, but it was a good challenge.

“Obviously it was a bit hard to take at the end, but I have just got to look at the positives and take out of it that I did well against Premier League players.”

Cooper – who has helepd Newport to the top of League Two – said Exiles boss Michael Flynn saw the funny side of his spot-kick agony.

And there were kind words from Newcastle’s ex-Swansea City centre-back Federico Fernandez as he swapped shirts with the Argentinian afterwards.

“The boss rang me after the game and joked that I might have got a fine for losing a football,” added Cooper.

“Maybe people think centre-halves are not going to take a penalty, but I’m confident in myself and I’d take one again. It just happens that people miss them.

“He (Federico) was the first player to come up to me and said ‘Anyone can miss a penalty’.

“He said I played great and gave me his shirt after the game. It was really nice from Fede to be there for me at that moment.

“Whenever I trained with the first-team at Swansea he was always there to help and teach you.

“I actually played with him in an Under-23s game once and learned a lot from him. He remembered that game when we spoke.”

Cooper has swapped the promotion battle for international football this week with wales Under 21’s travelling to Belgium for a vital qualifying clash.

And he wants to follow in the footsteps of Ben Cabango and Joe Rodon – a transfer target for Tottenham and West Ham – in playing for Swansea and Wales.

“The focus is to keep improving every game, stay in the team at Newport and see where that takes me,” added the Porthcawl-born defender.

“I’ve played with Ben and Joe for years and Swansea has produced some good centre-halves. Hopefully I can be the next one to take that step.”