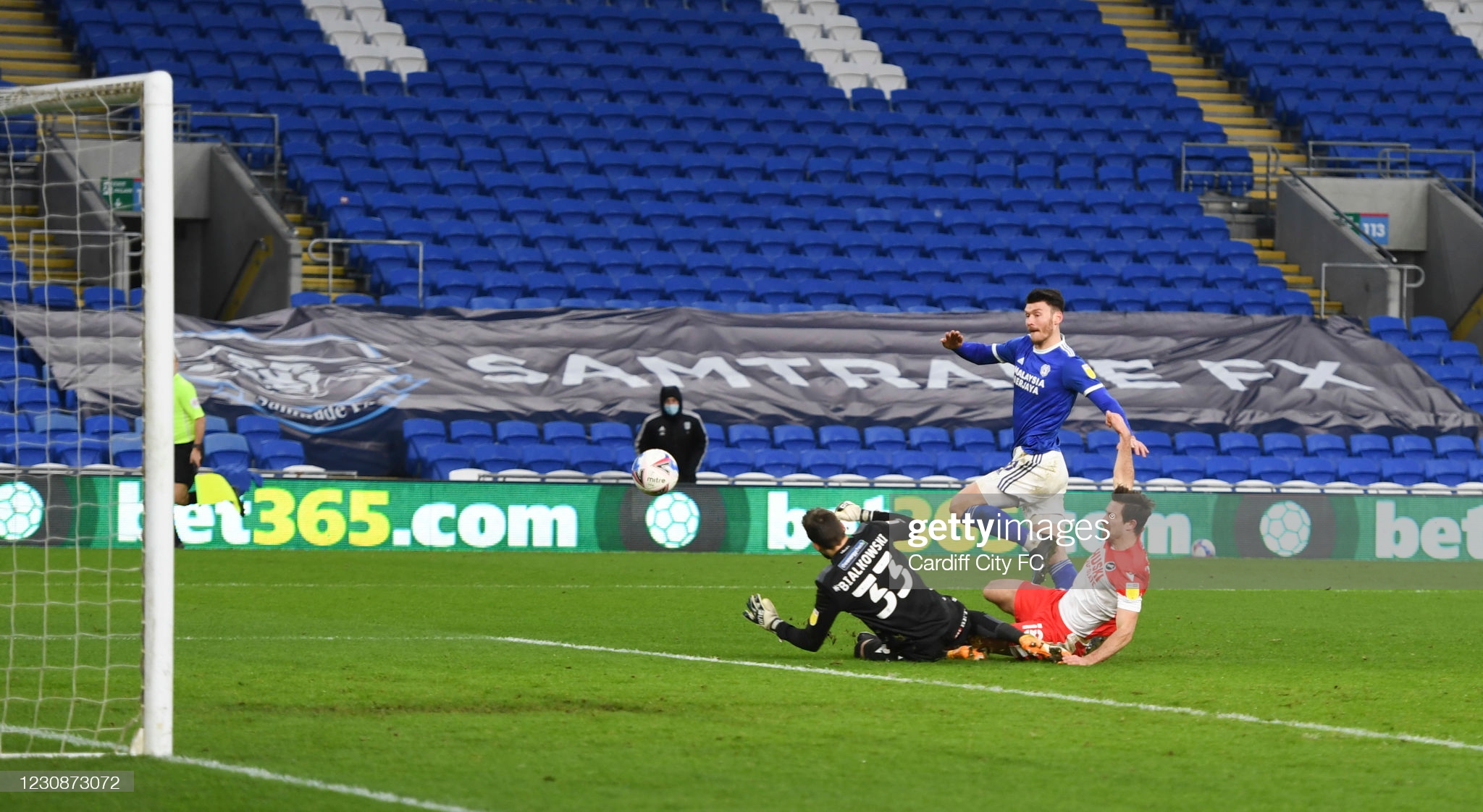 Mick McCarthy said he was pleased with his side’s performance as his first home game as Cardiff City boss ended in a 1-1 draw with former club Millwall.

Kieffer Moore second half goal – taking his season’s tally into double figures – cancelled out Millwall’s early goal thanks to a deflection from Aden Flint.

And McCarthy – who started his reign with a comeback 2-2 draw at Barnsley on Wednesday – hailed the reaction and cultured contribution from Harry Wilson whose pass set-up Moore for the leveller.

“We played well today,” said the 61-year-old. “We got off to a difficult start. We gave a really sloppy goal away and we had to respond and be active and I thought we did that.”

In the first half, both sides created little chances as a defensive error from Cardiff’s captain Sean Morrison allowed Millwall to get in behind and a cross the ball into the box which bounced off Flint to put the visitors in front.

Wilson came on in the second half and changed the game as he assisted Moore’s 10th goal of the season as Cardiff secured a point.

The Wales flier has been left out of the starting 11 in the last two games, but McCarthy was delighted by the Liverpool loanee’s reaction.

“I know he’s been a starter and it’s a surprise he hadn’t played, but I loved his reaction today,” added McCarthy.

“He came on and created the goal, so I thought we had to scrap it again, and we played well today.”

McCarthy may be still unbeaten with City having ended their six match losing streak but is still not happy as twice the Bluebirds have had to come from behind to secure the points.

“We had the best of the game and certainly deserved at least a point. Thought playing three central defenders suited us.

“It would be a big help to stop going behind every game, but I didn’t think we started slowly.”

As the transfer window draws to a close there is always speculation that there is some more business to be done by the club, but McCarthy is happy with the squad he has inherited.

“It’s the question everyone wants to ask, no manager is going to tell anybody anyway if there is some business going on. Actually, there’s not a great deal with us, but if we can do something then we will.

“I sometimes find it a little bit insulting to the squad that we have. We’ve got some good players ourselves and we’ll get the best tune we can out of the ones we have.”

Just before the game, there were rumours that Cardiff could be after Sheffield Wednesday forward Jordan Rhodes.

One thought on “Cardiff City’s Mick McCarthy Happy With A Point…..And The Reaction From Harry Wilson”