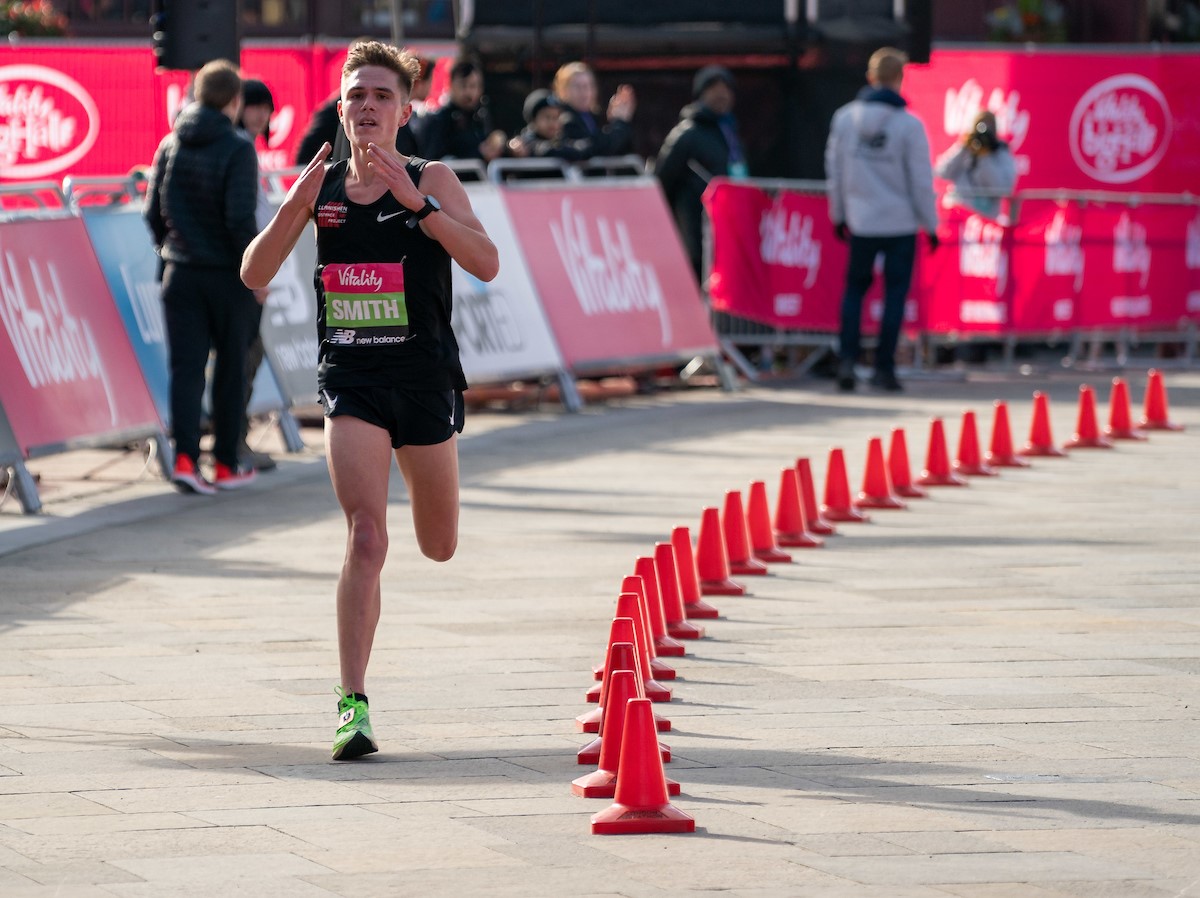 Cardiff student Jake Smith booked an automatic place in the Great Britain team for the World Half Marathon Championships with a brilliant run at the Vitality Big Half in London on St David’s Day.

Bermuda-born Smith, who has spoken of the possibility of running for Wales in future, finished third behind by legendary Ethiopian Kenenisa Bekele, who broke the course record, and British Olympian Chris Thompson.

The Cardiff Metropolitan University student Smith crossed the line in 62:00, taking two seconds off his own British under-23 record.

By virtue of being one of the first three Britons home, Smith has earned an automatic place on the GB team for the World Half Marathon Championships in Poland on March 29 – should be decide to take up the place.

The British men’s and women’s teams for the event in Gdynia will be officially announced on Tuesday, with a maximum of five athletes to be included in each.

The top three Britons in each race at the Vitality Big Half qualify for the GB team by right, but their selection will depend on them making themselves available.

Among those challenging for places on the GB team will be Clara Evans, who ran a personal best representing Wales at the Barcelona half marathon two weeks ago.

The Cardiff Athletics runner finished sixth in the women’s race on Sunday morning in a time of 73:14.

In the men’s race, the highest placed Welsh athlete was Josh Griffiths, who also posted a PB in Barcelona.

The Swansea Harrier finished eighth overall and was the fifth fastest GB athlete to cross the line in the shadow of the Cutty Sark in 63:57.

His clubmate and namesake Dewi Griffiths continued on his road to recovery with a solid 17th place in a time of 65.53.

Rotherham Harrier Rosie Edwards, who is based in the USA but competes for Wales, also finished 17th in the women’s race in 76:14, while Melanie Wilkins followed up her Welsh Cross Country Championship win last weekend by finishing 18th in 76:52.