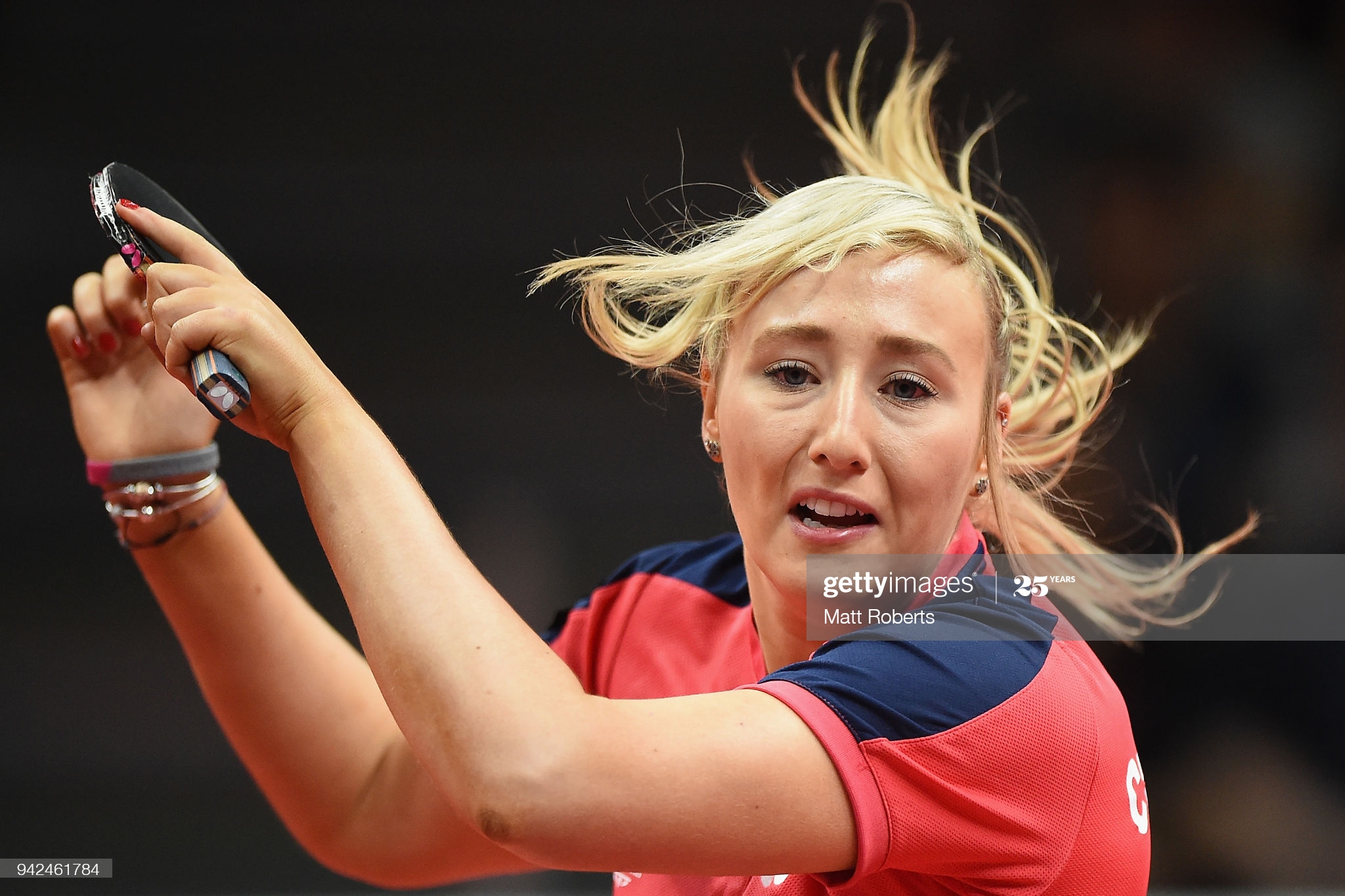 Charlotte Carey will head to Portugal next month in bid to qualify for Tokyo Olympics. Pic: Matt Roberts/Getty Images

Charlotte Carey’s table tennis exploits have seen her travel the globe for  Wales as well as basing herself in Europe playing against the best.

Since leaving her Ebbw Vale home aged 16 to pursue her career, Carey has lived in Hungary and Germany and for several years in Sweden.

Now she is in Spain – apart from a few months back home in Wales during lockdown – where she made a winning return as the sport slowly emerges from the COVID-19 caused suspension.

“It was really good to be back playing again after so long,” Carey told Dai Sport of her victory at the Vic International Open.

“It had been frustrating. Obviously I was training a lot and working on my fitness but you do miss playing.

“It was a bit strange at first, but the organisers did very well in terms of keeping everyone safe. Everything was properly sanitized.

“Then to win the first tournament back was a bonus. A couple of the girls I beat I’d lost to the last time I played them so I’m more than happy with that.”

Carey’s move from Sweden to Spain will see her living closer to the Spanish team for whom she plays in the Champions League when that gets underway again.

The 24-year-old, who has also joined a team in Portugal, is hoping to also access the Spanish TT’s national centre just outside Barcelona once COVID-19 restrictions are lifted.

“You have to be living there to be able to use it at the moment, but I am hoping that will change soon,” added the six-time Welsh champ.

“I’d had four years in Sweden, but felt I needed a fresh start and a new challenge.

“I spent quite a while in Ebbw Vale during lockdown, probably the longest I’d been at home for years.

“Not being able to play was frustrating, but the lockdown also gave me the chance to work on my Sports Psychology course.

“But with the quarantine restrictions changing I thought it best to come out to Spain.”

Carey hopes to be competing in a tournament in Madrid this month but admits there are no real signs yet of international tournaments taking place.

She added: “We’ve not heard anything really from the ITTF. The problem is you need a lot of players taking part to make them economical to stage.

“I’ve not written off this year as I’m working really hard on my training and fitness, but I’m not sure yet what international competitons there will be..”

What is coming fast on the horizon, though, are the 2022 Commonwealth Games in Birmingham – what will be her fourth appearance at the event for her country after Delhi (2010), Glasgow (2014) and the Gold Coast (2018).

And that will give her another chance to compete in front of friends and family – including grandfather, Malcolm, who introduced her to the sport that has taken her around the world.

“My grandad doesn’t like to fly so he can’t get to watch me play often,” added Carey. “It’s exciting he will have another chance.

“I competed in Glasgow and it was great to have family and friends watching me there. Birmingham will be the same.”