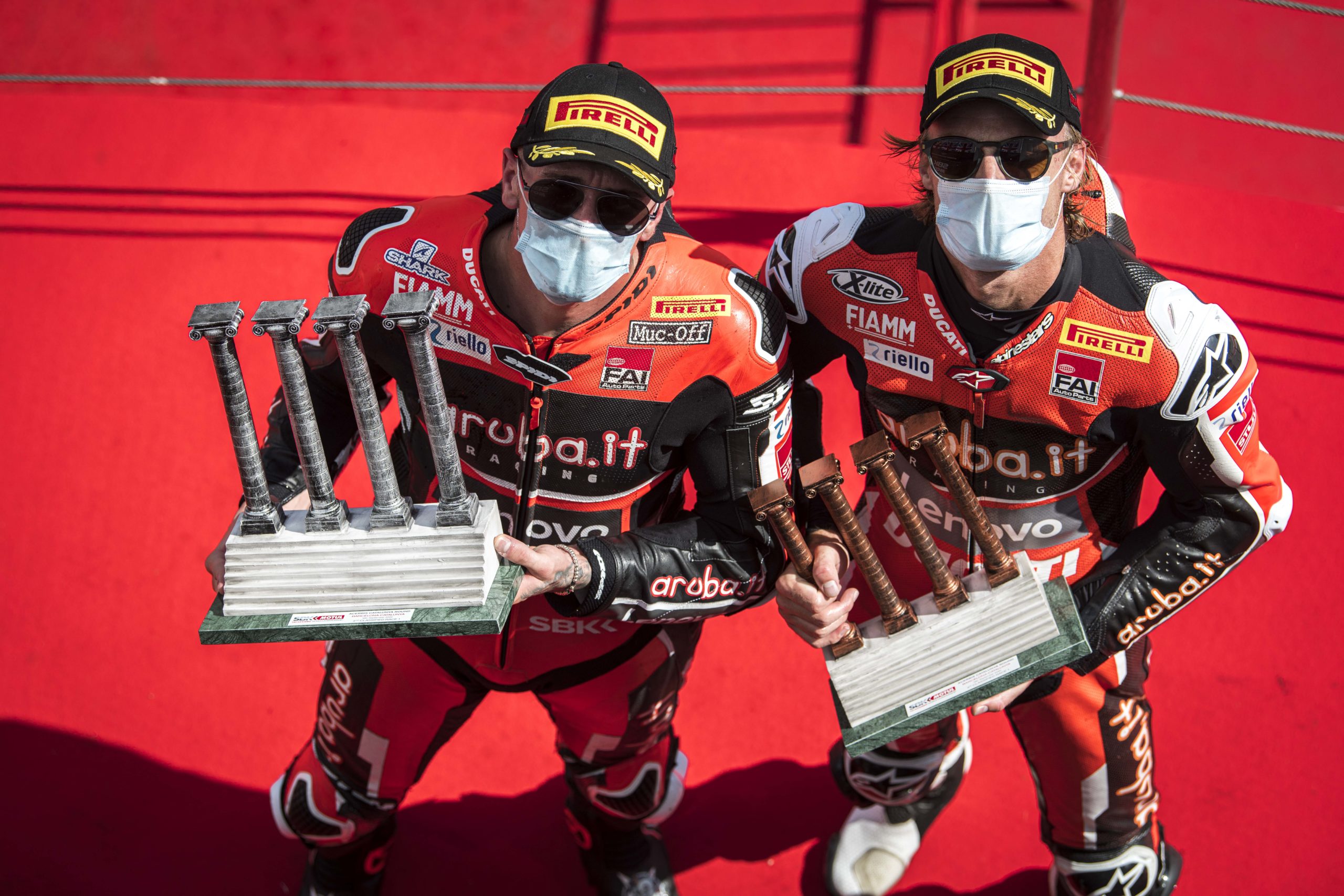 Chaz Davies produced another charging display to claim third place in the opening race on the Catalunya Round in World Superbikes.

The Knighton-born rider powered his way through the field after qualifying 11th to finish behind Aruba.it Racing team-mate Scott Redding.

Kawasaki’s Jonathan Race won the first Superbikes race to take place on the Montmelo circuit outside Barcelona to extend his lead in the standings.

Now Davies is hoping a good performance in Sunday’s Superpole race will set him up for a better grid position for the second race later.

“Unfortunately the grip problems I had in qualifying forced me to start far behind on the grid but the first two laps were very good,” said the Welsh bikes star.

“I managed to make a good comeback. In the first part of the race, however, the race pace was not enough to try to reduce the gap with the leading group.

“I hope I can make another good start in SuperPole Race to get a good result and start later in Race 2”.

But he will be hopeful a better grid slot could lead to that elusive first win of the campaign on Sunday.

Davies is equal third in the riders’ standings with 157 points alongside Toprak Razgatioglu of Yamaha.