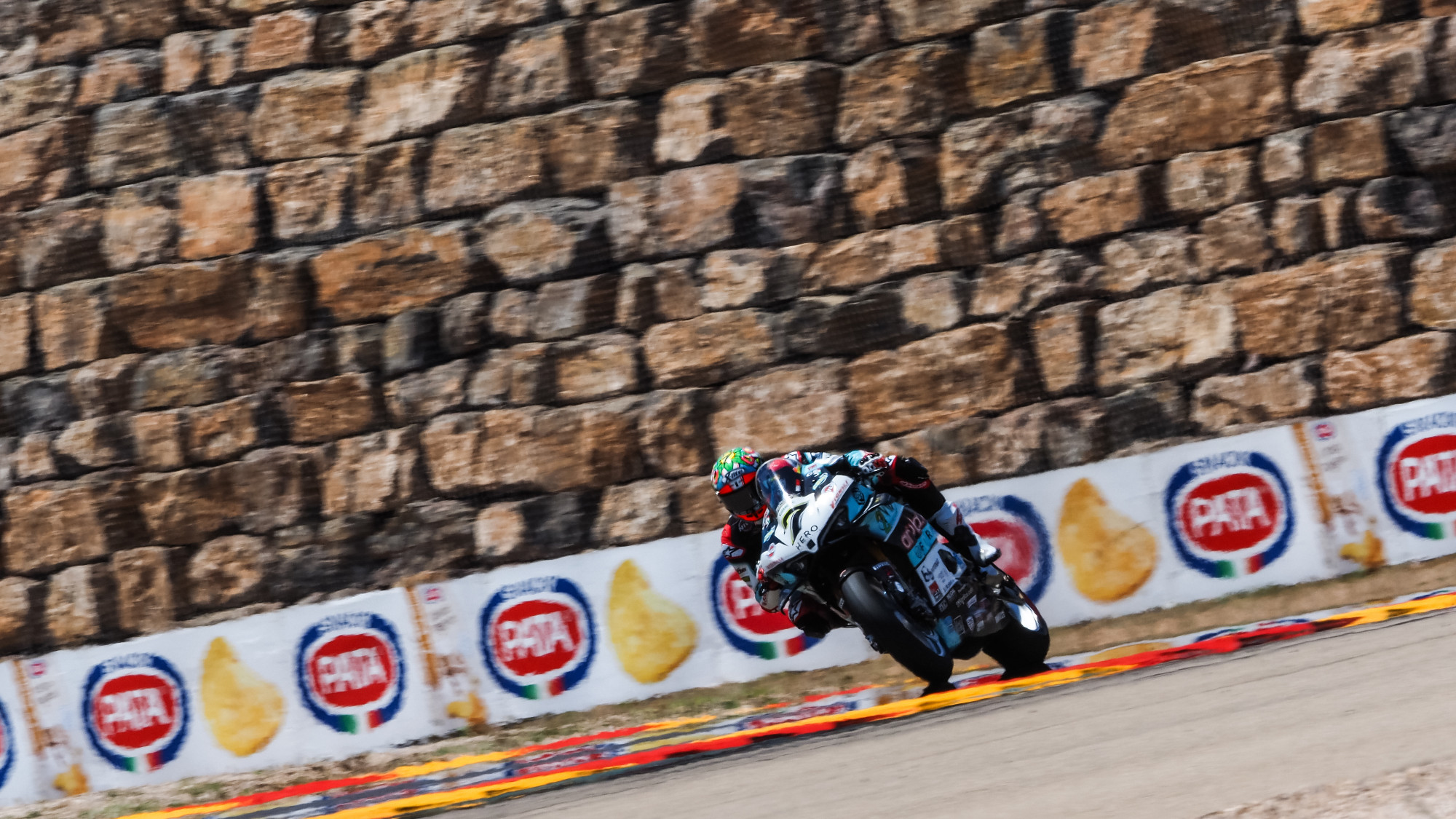 Chaz Davies made a promising start to the new World Superbikes season with his new team in Spain on Friday.

The Knighton-born rider clocked the second fastest time of the day – and was also quickest in the afternoon session on an Aragon track where he has enjoyed huge success in the past.

Davies was making his debut for the satellite outfit Team Go Eleven having lost his factory ride with Aruba.it Racing at the end of last season.

The 34-year-old, starting his 10th season in the premier series in Superbikes, was only edged off the top of the overall leaderboard by Toprak Razgatlioglu of Turkey on his Yamaha.

Davies was the top Ducati rider with Italy’s Michael Ruben Rinaldi, who inherited his seat on the factory machine, sixth fastest.

Former World SuperSport champ Davies has insisted he has no issues with Rinadli but was upset at the way his seven successful years with the Italian outfit came to an end.

“It’s hard to be the guy that loses the seat but at the same time you can’t begrudge a young rider for doing his work and getting recognised,” Davies told BBC Sport Wales.

“I just wish they would have handled it a little different.

“If you work for a company (it doesn’t matter what you’re doing) for seven years and you do the job to the best of your abilities, at the end you would hope that somebody might be at the door to say ‘thanks for what you’ve done and all the best’.

“That was missing which is kind of disappointing, but it’s a cut throat world sometimes and niceties don’t always come into it.”