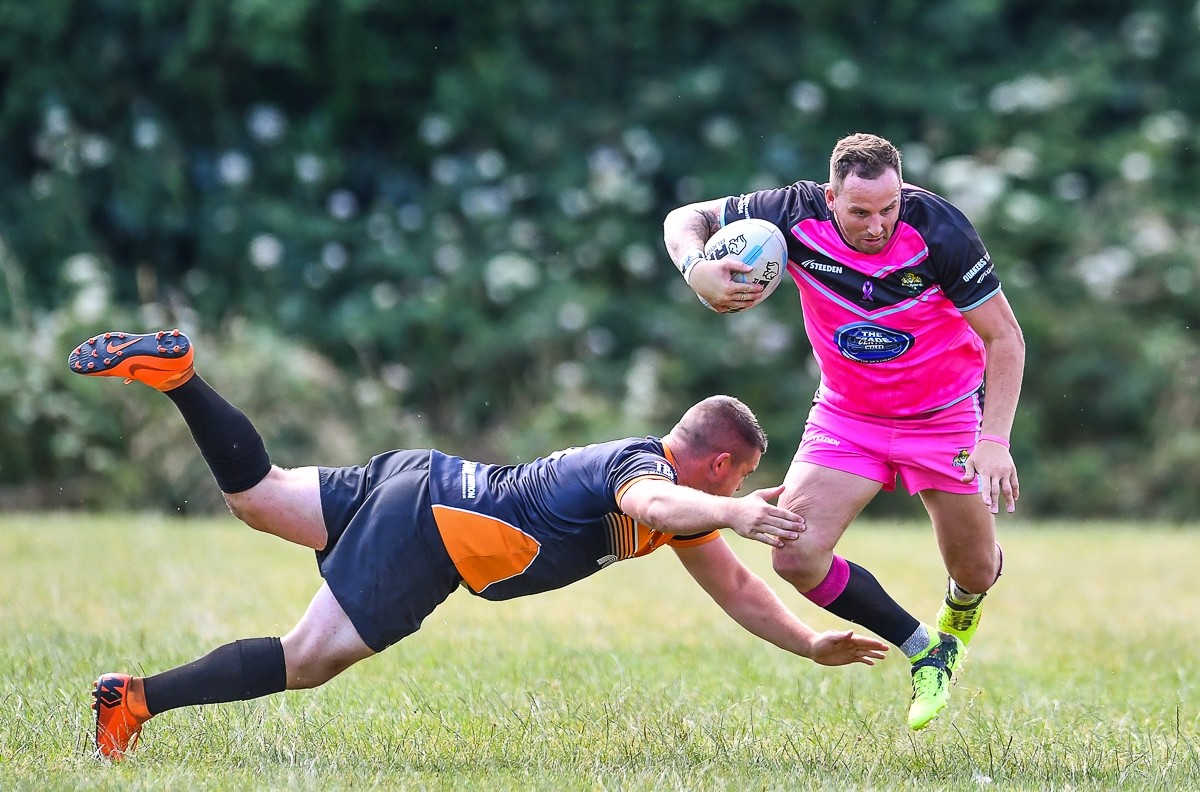 By Ian Golden at Cwmbran RFC

Valley Cougars extended their lead at the top of the Welsh Premier League table after a remarkable comeback at Torfaen Tigers.

Torfaen pressured Cougars from the off and were rewarded with a try in the sixth minute, Brett Thomas touching down in the corner.

Cougars levelled straight away when Yousif Suliman reached over to score before Mike Hurley’s conversion gave them the lead.

Tigers regained the advantage three minutes later with a Jared Hinnem try that again went unconverted to make it 8-6.

Lewys Willacott touched down in the corner to regain Cougars’ lead, before Geoff Hick replied for Torfaen. Both tries were unconverted.

Willacott scored his second making it 14-12 to Cougars, but Tigers regained the lead before half time with a Dai Thomas try that he converted himself.

Josh Symonds looked like he’d extended their lead in the second half, only for referee Ian Curzon to judge that he was short of the line. However from their next attack, Hinnem got his second, under the sticks, with Thomas converting.

But Cougars were back in the game straight away through an unconverted Ryan Jones try. That was before a Dean Higgs and Hurley conversion made it 24-all.

Then with 15 minutes to go, Cougars took the lead with their third try in succession, Craig Lewis running over and Hurley converting again before adding a penalty to increase the lead to 32-24.

The win was cemented with two minutes to go when Higgs ran through and Hurley converted again.

Valley Cougars were wearing their new shirts supporting testicular cancer. Their player-coach Dafydd Hellard is currently receiving treatment for this and as a result was unable to attend the match. He will also play no part in Wales Students’ Home Nations campaign in a week and a half and everyone at Wales Rugby League hopes he gains a full recovery.

Cardiff Blue Dragons’ young players did well in the sun as they put in a good performance to beat Rhondda Outlaws.

Outlaws were the own worst enemies, knocking on over 20 times in just the first half, including twice when diving for the line.

Cardiff had a dream start. From kick off, their hooker Duane Iles caught the ball under their own posts and charged forward. One broken tackle in centre-field and he’d ran a 100 metre try, scored in under 30 seconds, which was swiftly converted by 17-year old Matthew Morgan, the first of six goals for him.

There were physical rivalries in the centre of the field which boosted each teams efforts. The Outlaws spent the first 15-20 minutes in the Dragons own half but couldn’t find a way to penetrate the defence.

Rhondda Outlaws then found a second wind in the heat and a fast paced Neil Sloan try just to the left of the posts but the conversion was missed.

Mark Jones added a second Outlaws try, again unconverted to put the score on 18-8 to Cardiff at half-time.

The second half was a battle with both sides making silly errors to give away the advantages that they were working hard to gain.

Dragons were given penalties due to some slips of discipline from the Outlaws which led to yellow cards for both teams.

Some long Cardiff passes to the center and wing partnerships led to two Ryan Hall tries, one converted.

Both teams were working well in their defence with the heat of the day and the force of the tackles could be felt from the touch line.

With the Dragons using their interchanges well, the Outlaws were limited with their squad and this was begging to take its toll.

A few bad Outlaws decisions on fifth tackle gave Cardiff the ball and they capitalised on it with Duane Iles scoring again.

In the last minutes of the game, the Outlaws were on the attack, only for pride though as the points difference put them too far from reach.

Metres from the Dragons line and almost certain to score, the Outlaws made another mistake and an interception pass was caught and a length of the field try was scored by Iles for his hat-trick. The Outlaws looked confused by what had just happened and deflation was obvious.

The successful conversion was the last kick of the game which left the final score 40-8.