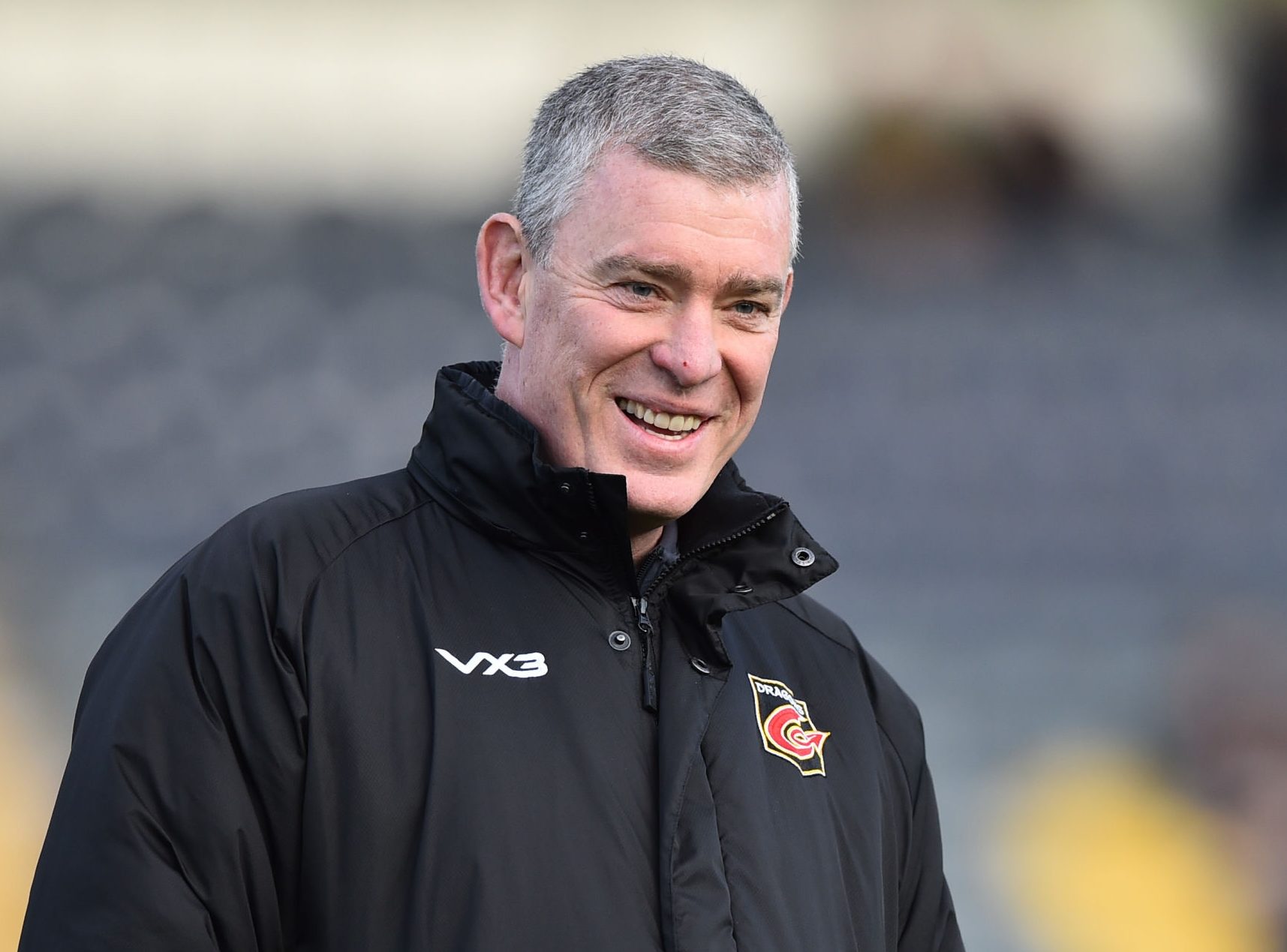 Dean Ryan believes the Dragons are making timely progress ahead of their European Challenge Cup last-16 tie at home to Northampton Saints.

The Dragons completed their Guinness Pro14 campaign with a 24-17 victory over Edinburgh at the Principality Stadium at the weekend.

It was not enough to give them qualification for next season’s Heineken Champions Cup – a 45-point winning margin always looked a stretch – but it means they have finished the league with six victories in 16 games.

That total represents the Dragons’ best league return since 2015 when the won eight matches in the old league format that enabled them to play 22 games.

Now, they must try and hold the form that has brought them two victories in three games at their temporary home in Cardiff, when they return to a rested and repaired Rodney Parade surface to face the Saints on Saturday.

“Somebody just told me that it is three wins in four, but I’m not really worried about that. What I’m concerned about is that is four of five good performances now,” said director of rugby, Ryan.

“We’ve had to dig deep at times, we’ve lost some close battles with Ulster and Leinster. But we’re starting to get a better measure of what our good is and we’ve got to keep building on that.

“Given our season, I’m pretty pleased with where we are. Six wins is slightly different to the normal league season or six wins when we didn’t lose people to Coronavirus, injuries and everything else.

“It’s also six wins when our internationals have been non-existent across the whole year.

“What that says to me is we got a young group that is developing and becoming more competitive at this level – we’ve got to keep building on that.

“When our internationals come in we’ve got to get better, but we are happy with the group travelling week-to-week. They are becoming more competitive and therefore results are more consistent.

“What is important is that we’re building something really tangible.”

The win made it back-to-back home triumphs over the Scottish sides, but wasn’t good enough to take the Dragons past last week’s victims, Glasgow Warriors, in Conference A. It means they finish fifth overall.

Having got off to a flying start, with two tries in the opening 15 minutes from lock Matthew Screech both of which were converted by Sam Davies, the Dragons were forced to hang on at the end as Edinburgh tried to hit back.

It took some brave defending to hold them at bay, but the victory means Ryan’s side will go into their European clash on the back of three wins in their last four matches.

A penalty from Davies’ boot made it 17-0 before Edinburgh hit back with the first of their three tries from No 8 Mesu Kunavula after 22 hectic minutes. Undaunted, the Dragons worked Wales wing Jonah Holmes for a great corner try which Davies improved to make it 24-5.

The home side could have built an even bigger interval lead had Ashton Hewitt’s sterling effort to bag the bonus point before the break not been ruled out by the TMO for a toe in touch.

With some choice words from head coach Richard Cockerill no doubt ringing in their ears, Edinburgh were a different side in the second half as they fought back to try to avert back-to-back wins in the Welsh capital after their loos to the Blues the previous weekend.

Further tries from Charlie Shiel and Blair Kinghorn, the second converted by the scorer, brought them racing back into the contest, but it wasn’t enough to stave off back-to-back losses in the Welsh Capital after their defeat to the Blues the previous weekend.

“The first half hour was probably a glimpse of some of our best stuff,” added Ryan.

“We were very direct, very physical and had good movement on the ball. But it is another game where people start doing the maths before we get anywhere near the end.

“You have to carry on doing the simple things; the great thing about this game is it can be beautiful simple or really complicated. Sometimes we add to how complicated it can be.

“At the end and I think full credit goes to the team because we had to rescue a win.”