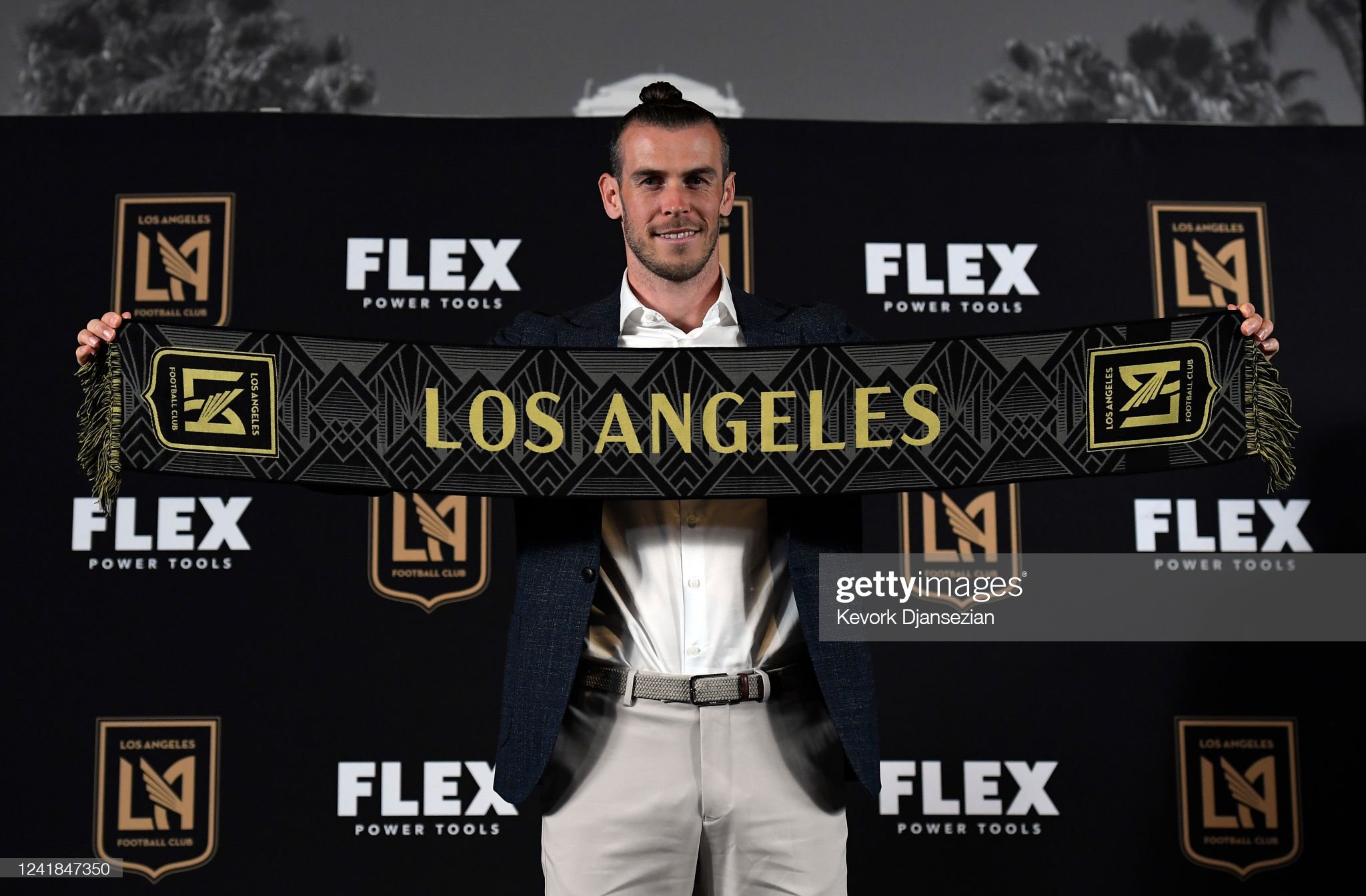 Gareth Bale has revealed he is aiming to continue to represent Wales beyond this winter’s World Cup, with Euro 2024 a goal and even the 2026 World Cup a possibility.

There had been suggestions Bale could retire after Qatar 2022 and that his 12-month contract at Los Angeles FC could be his last after a difficult final few seasons at Real Madrid.

However, speaking at his first press conference as a player for the MLS side, Bale made it clear he intends to play on beyond this season, with the European Championships in Germany and World Cup four years away in North America both targets.

“I’m still 32 – 33 at the end of the week – and I still have many years to come,” the five-time Champions League winner said.

“I haven’t come here to be here for six months, 12 months, I’ve come here to try to be here as long as possible. I want to do as well as I can, make my mark on this league, this team. I’m looking forward to the future, it’s not a short thing.

Gareth Bale at his first LA press conference: “I still have many years to come. I haven’t come here just to be here for six or 12 months. I’ve come here to try and be here as long as possible. It gives me the best opportunity to go to the next Euros, maybe further.” 🏴󠁧󠁢󠁷󠁬󠁳󠁿

“It also gives me the best opportunity to keep going to the next Euros, maybe further, so my plan is to really work hard.

“There’s a great physical team [at the club], medical staff, performance staff at the training ground and we’ve got a great plan going forward to get me up to speed and hopefully last as long as possible.

“By being here gives me the best possible chance to make it to the Euros and you never know, maybe one more, that’s my goal. I feel I’m here to play a big part.”

Bale joins a LAFC team who are only in their fifth full season but who are top of the Western Conference. The Californian side have also recruited Italy and Juventus legend Giorgio Chiellini this summer and the Welshman is targeting silverware with his new club.

Bale says he is also hoping to play his part in growing the game in the USA and helping young players at the club step up.

“Speaking to Larry [Berg, lead managing owner] and John [Thorrington, co-president and general manager] on Zoom, straight away it felt like the right destination to be at,” said Bale.

“The exciting project, the club that’s growing, they’re doing well at the moment and the city’s not bad as well!

“For players who have experienced a lot in their careers I think we have a responsibility to grow the game all around the world as well.

“This is a league that’s really growing. It’s come a long way in the last 10 years and everyone is striving to improve this league. The players that come over see that as well.

“I don’t think anyone now sees it as a retirement league. It’s physical, it’s demanding, the weather changes are difficult, the travel is difficult but it’s exciting to play in front of fans like the ‘3252’. It’s what you play football for. The atmosphere is incredible in these stadiums and it will be great to witness it.”