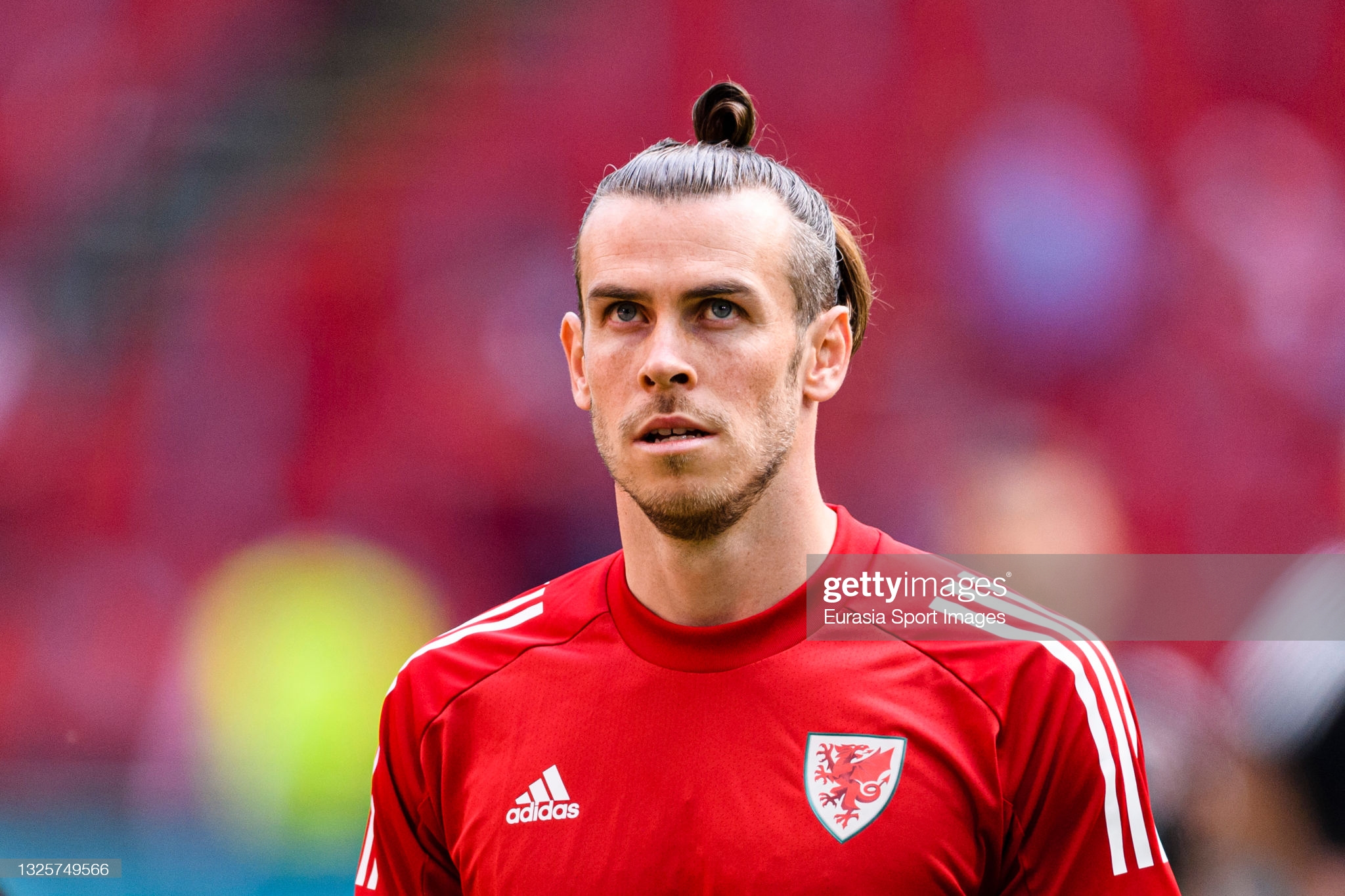 Gareth Bale insists he will play for Wales and Real Madrid until next summer – and that any further in the future is not worth discussing.

Bale spent the end of last season and Wales’ Euro 2020 campaign refusing to go into detail on both his club future and suggestions he was poised to quit international football.

But on the eve of a crucial World Cup qualifier with Belarus, the 32-year-old put his cards on the table.

The captain revealed he never had any plans to retire from Wales duty and opened up on his return to the fold at Madrid under their new manager Carlo Ancelotti who has made him feel loved again.

Only Bale and his advisors will know why he stayed quiet this summer because the decision to do so only resulted in more speculation. After spending last season on loan at Tottenham, Bale said talking about his next domestic destination would only cause “chaos.”

At the end of the Euros, after Wales crashed out to Denmark, Bale walked off a live interview with BBC Wales when he was asked to confirm or deny rumours of Welsh retirement. Finally, Bale felt ready to open up.

“Everyone just seems to make up stories when they want. They make up some wild things. I never planned to finish,’ Bale said. ‘I just wanted to concentrate on the Euros and didn’t want to explain myself. I didn’t feel like I needed to. I still don’t feel like I need to.

“No matter what I said I was going to do, whether I was going to stay, leave, retire or whatever, I think it would have caused a big, annoying and distracting story. For me it was better not to say anything and concentrate on the job in hand.

“Of course I want to play in a World Cup for Wales, not just for myself but for the country as a whole. I think it would be an incredible experience for the nation. We’re fully focused on trying to do that.”

Bale will win his 98th cap when he leads his team out against Belarus and despite his advancing years, he remains manager Robert Page’s most important player.

That is particularly the case in this campaign with fellow Welsh star Aaron Ramsey injured once more and striker Kieffer Moore unavailable after being deemed a Covid-19 close contact.

Bale has played three La Liga games and scored once for Madrid this season. He is back in favour under Ancelotti after Zinedine Zidane snubbed him.

“It probably would have caused chaos if I’d said I was going to stay at Real Madrid. It was better I didn’t,” Bale said.

“‘I’ve always had a great relationship with Carlo, but it’s always the same — you have to perform to get in the team.

“I had a good pre-season and start to the season. It’s one of those things in football. You have to play well and perceptions change quickly.

“It is always good to be in a good environment. I think the biggest reason why I went to Tottenham was because I knew it would be a better environment for me and a break that maybe I needed at the time. I had a great time there.

“It definitely helped me mentally to be back in a happier place. I think that showed again coming back with Wales in the Euros. I have brought that into Real Madrid this season where obviously there is a better environment, for myself anyway.

“Inside the club I’ve always got along with everyone, had a great relationship with all the players; never had a single day’s problem.

“Nothing has changed back there. I’m playing more, a bit happier, and a bit more comfortable with the playing style. I think every player will tell you if they’re in a happier place mentally, then physically they are going to perform better.”

Madrid can wait for now because Bale’s full focus is on Wales. It is an almost farcical situation their crucial game with Belarus is being played in an empty stadium in Kazan, Russia.

UEFA had to move the qualifier to a neutral venue what with teams from the UK and EU unable to enter Belarus due to air sanctions imposed upon the Minsk government.

Wales are without 13 players for the game in Russia due to injury, Covid-19, and some of their squad being unable to get visas.

Bale quipped: “I’m surprised the neutral venue wasn’t Wembley! Everything else seems to be there.

“We know it is not the ideal situation but we have to get on with it. Russia wasn’t the best neutral venue but we need to go out there and get the three points with no excuses.”

A happier Bale is good news for Wales, but they will need him at their best against Belarus and Estonia in Cardiff on Wednesday.

They are must-win games if Bale is to achieve his World Cup dream.