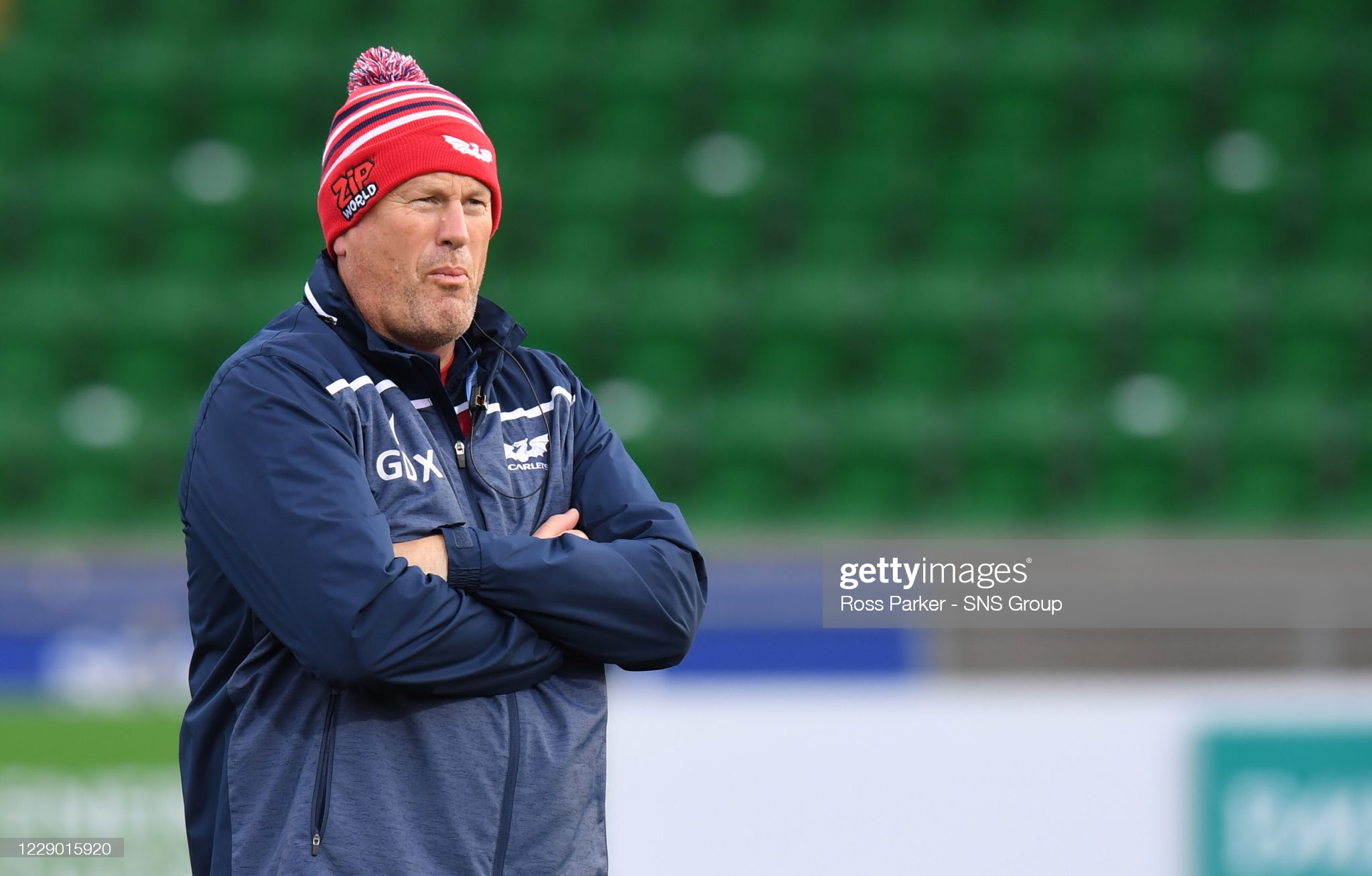 Glenn Delaney spent years trying to snatch players away from the Scarlets but is now reaping the rewards from one of the best rugby academies in the UK.

One of the graduates of the Scarlets school – Dan Jones – kicked 11 of their 16 points on Boxing Day as they beat neighbours the Ospreys in the festive derby which was switched to Llanelli.

While coaching at London Irish, Delaney openly admits how the Exiles used to target the Scarlets academy for potential new recruits.

Now head coach at the Scarlets, Delaney is amazed at the quality of the young players who are on the verge of breaking into the senior squad, and the former Canterbury and Highlanders coach believes there are some serious players coming through.

“The one thing we used to do in England was take players from the Scarlets because they were so good,” he said.

“We were constantly grabbing guys and the guys out west have always had wonderful talent. They are a little bit similar to Kiwi kids in that they grow up with a ball in their hands with football not as prevalent here.

“The further east you go there’s more football, so there’s kids kicking the ball around rather than passing one.

“The skillset here of the players have always been really good. When you’ve got players, who have got talent and skill, who want to play for the club, represent the region and put the shirt on that’s a pretty powerful combination.”

One of those who is already making a name for himself is Wales Under 20 second-row Morgan Jones, whose last gasp tackle on Ben Spencer in their recent Champions Cup victory at Bath won the Scarlets the game.

With the great Alun Wyn Jones coming towards the end of his career, Wales are in need of powerful second rows and Delaney believes the future is bright for the former Leicester Tigers academy member.

“We are really proud of what he’s done to date, but we know there’s a long way to go so we hope he keeps improving,” said Delaney when asked about Jones’ potential.

“He’s got a pretty good mentor in Richard Kelly who is working with him on line-outs and Ben Franks on the defensive stuff and the scrummaging aspect.

“I would say people are more aware of him now, so it gets tougher. You come out of that cloak of anonymity and announce yourself to the game which makes people go, who is that?

“I remember the great English lock Martin Johnson talking about the day he had against Dave Baldwin up at Sale and it wasn’t someone he thought would give it to him, but it was the hardest game of his career up until that point.

“Those lessons are going to come along for Morgan all the time. I’m really delighted with how he’s performing and coming on to run the line-out for 70 odd minutes against some seasoned England players against Bath like Charlie Ewels was a massive step forward.”

And Delaney is also getting ready to unleash 19-stones forward Carwyn Tuipulotu into professional rugby.

“Athletically, Carwyn is phenomenal and we feel a real responsibility to him and his compatriots in that age bracket that they all have the best opportunity to progress,” he said.

“He’s not far off. One of the plans we had with Sione Kalamafoni coming to the club was to provide a bit of mentorship from a man who understands how to train and how to be an ultimate pro.

“Carwyn is a young man in a big man’s body. It’s about making sure we do the right thing by him so he can become the player that we all hope he will be.

“We don’t want that element of potential to be the enemy of his development. There’s a huge amount of optimism surrounding these players.”