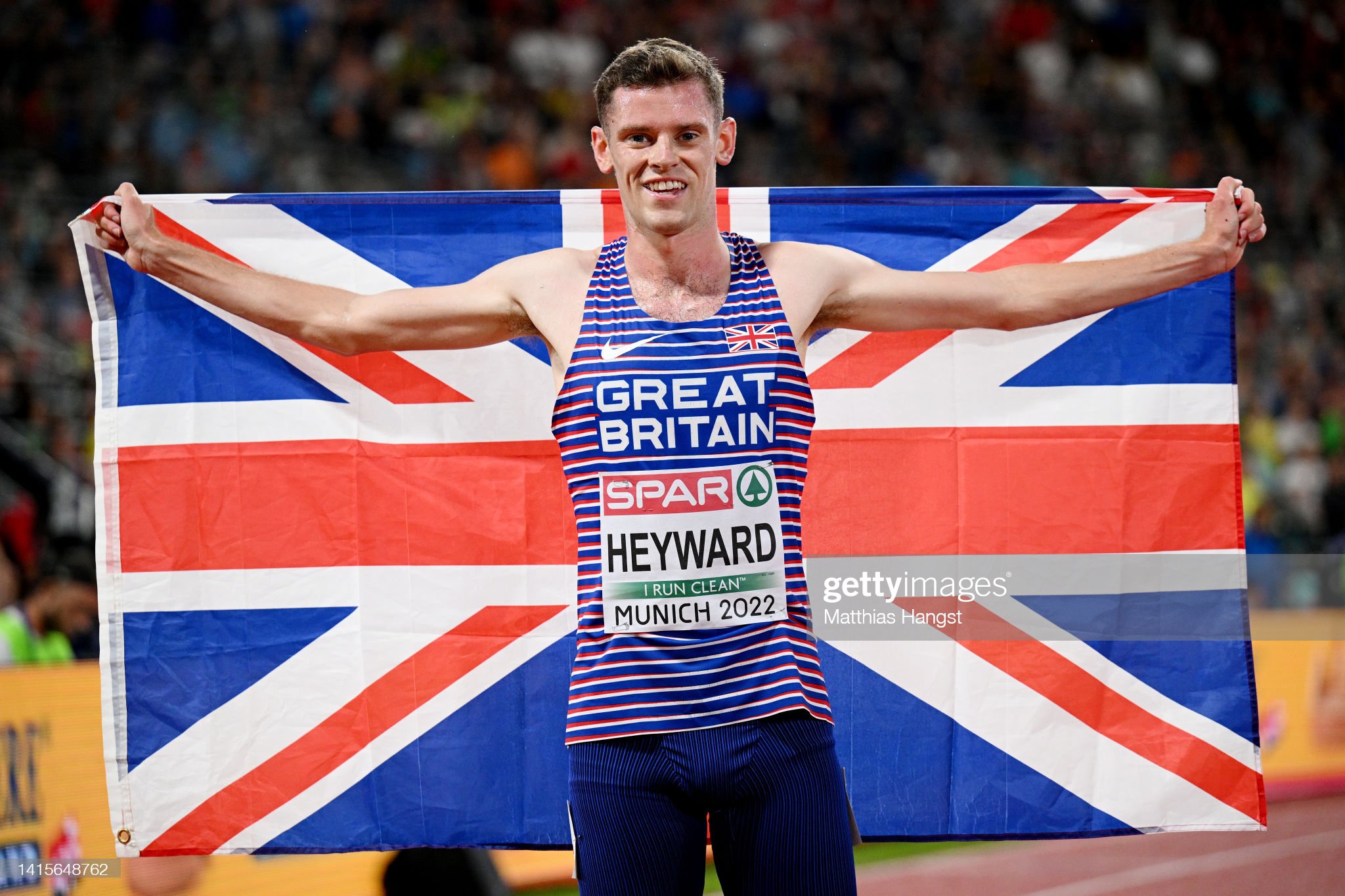 Jake Heyward revealed he believed he would have challenged Norwegian superstar Jakob Ingebrigtsen for gold at the European Championships had illness not taken the edge off his running.

Heyward overcame illness earlier in the week to claim a superb silver medal for Great Britain in the 1500m in Munich on Thursday night.

The Welsh record holder had edged through to the final as one of the fastest losers after finishing fifth in Monday’s semi-final.

After that race Heyward explained he had been feeling unwell when he woke up on the morning of the qualifying heats.

But the Cardiff athlete bounced back in style in the final as he finished second to 5,000m world and European champion Ingebrigtsen, who won gold in a new championship record of 3:32.76.

Commenting on his medal-winning performance, Heyward said: “On Monday I was ill, and I’ve got better in the last 72 hours but I still wasn’t right today.

“You just know as an athlete where your body is at. It’s disappointing because I genuinely think I’m at the level to push Jakob.”

The 23-year-old added: “Obviously, I wanted to win, but considering how I felt on Monday when I woke up, I’ll take silver today.

“I’m disappointed I couldn’t push Jakob further because I feel like I was in the shape to probably cling on to him, but the way I felt, I just had to run for the medal today.”

Heyward, who lowered his own Welsh record when he finished 5th in an epic 1500m at the recent Commonwealth Games in Birmingham, said: “I felt pretty controlled through most of the way, but you just know as an athlete I probably didn’t have the pop I had last week in Birmingham.

“My chest wasn’t good, I was pretty sick to be honest, so I’m pretty pleased that I’ve even come away with a medal today.”

Asked how he had prepared for the final considering how he had felt on Monday, Heyward said: “It’s not easy, but physically I was in a better place today, mentally I’m pretty tough, and either way I was going to give it everything I had. It was just a sense of trying to be smart and patient.

“I think in Birmingham I was a bit aggressive in places where I didn’t need to be, so today it was just about staying patient.”

Heyward ran a tactically astute race in the final, tailing Ingebrigtsen – who had retained his 5,000m European title on Tuesday evening – during the early stages.

Having dropped back to fifth after the middle section of the race, Heyward then kicked going into the final bend.

Coming into the home straight, the Welshman cruised into second place and moved away in the final 50 metres to cross the line in 3:34.44. Spain’s Mario Garcia was third in 3:34.88.

Summing up the final, Heyward said: “The race went how I expected it to go, I knew Jakob was probably going to string it out at some point so that is why I tracked him.

“I stayed patient and obviously winning a silver medal is an incredible achievement. But I am disappointed that I couldn’t go with him and push him for the gold. He almost ran a separate race.”

Azu may be back in action on Friday morning as part of GB’s 4x100m squad.