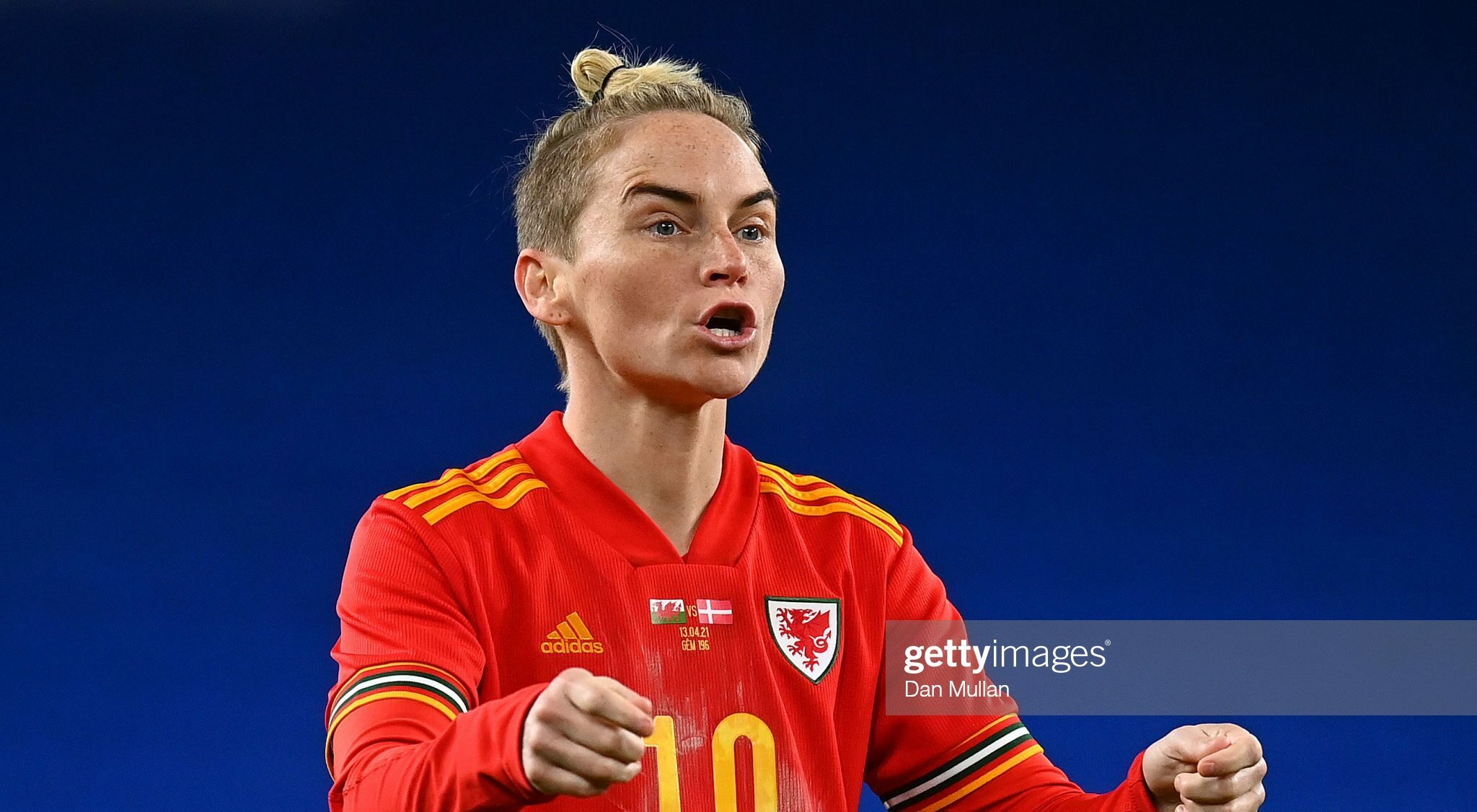 Jess Fishlock has sparked a debate on equal pay for Wales international footballers across the men’s and women’s teams.

Fishlock – the most capped player in Welsh football history with 127 appearances and recently voted the Most Valuable Player (MVP) in the American league – would like to see appearance fees for pulling on the red shirt the same for both sexes.

The Wales midfielder makes the suggestion in a special one-off S4C documentary, being screened on Wednesday night.

At present, the Football Association of Wales are only committed to paying equal appearance fees by 2026. England have been paying their men and women the same appearance fees since 2020.

The OL Reign player – who saw of challenges from some of the world’s leading women players to be named MVP of the National Women’s Soccer League – says it’s “unacceptable” that the FAW pays men more than women when it comes to representing their country.

In the programme, Laura McAllister: Gêm Gyfartal (Laura McAllister: Equal Game), Fishlock acknowledges that the men’s team are going to earn more from prize money, sponsorship and TV and gate receipts because the revenues they bring in are currently much greater than for the women’s game.

“I’m not going to go into figures because I have a lot of respect for the FAW. I’m not saying that if we go into a major tournament and the men go to a major tournament, that we should have what they have from their pot of money that they get from UEFA or FIFA. I don’t think that has anything to do with the FAW.

“UEFA, for example, will give the women £10 million of prize money, and they’ll give the men £250 million, so I don’t think we deserve money from the men’s pot.

“But if you take that out of it, the prize money and UEFA and major tournaments, when you just come to the FAW and Wales, and the men’s side and the women’s side, we do the exact same thing for our country.

“The difference in pay for that is just unacceptable.”

Fronted by former Wales captain McAllister, a staunch advocate of further development of the women’s game, the programme examines the future of women’s football in Wales and asks whether there is a level playing field.

McAllister, a professor of politics who stood unsuccessfully for a seat on FIFA’s council earlier this year, also hears from fellow ex-players about their experiences in the game.

Former full-back Kathryn Morgan, who made 51 appearances for Wales during the nineties and noughties, recalls a different era for the national team.

“I remember being very excited to go to a tournament in the Algarve,” says Morgan.

“We all got an envelope on the first day with everyone’s names on them and we all thought, ‘what’s this?’

“I was teaching at the time and I had to take two weeks’ unpaid leave. So I opened the envelope, and inside was £10, to last us the 10 days of the tournament, which meant one pound for each day. I was furious, to be honest and just burning up inside!

“My first shirt was a triple XL; Mark Delaney was the right-back at the time so I had to wear a shirt the same size as his, and of course he is quite tall! It’s like we’re still fighting for things that the men get naturally.”

The game has moved on significantly since McAllister and her teammates convinced the FAW to take control of the national women’s team in the 1990s. Last month, a record crowd of 5,455 turned out to watch Wales’ match against Estonia at the Cardiff City Stadium.

Angharad James is another senior member of the current Welsh squad who are unbeaten so far in their 2023 World Cup qualifying campaign, with two big games coming up later this month, at home against Greece and away versus France.

The North Carolina Courage midfielder tells the programme, “The game in Wales has moved forward so much, but there’s still a lot for us to do to make sure that the girls are coming through in Wales because we want to keep the talent here.

“There are so many girls who are playing at the moment with a second job; that needs to change because how do you expect to get the best out of players when they have to work until 10pm and then be back in training at 8am?

“What needs to happen now is for everyone to be professional and not just in name, but in everything that comes with it, like the men.”

In a statement, FAW chief executive Noel Mooney said: “The FAW are taking positive steps forward towards equality, including a substantial and far reaching agreement following discussions with the Women’s National Team players.

“As acknowledged by UEFA, we now invest more as a percentage of our turnover into our Women’s National Team programme than any other nation in Europe and are committed to achieving equal pay within this strategic cycle.

“The current priority for the team is the upcoming matches against Greece and France with the aim of reaching a major tournament for the first time.”

Laura McAllister: Gêm Gyfartal at 9.00pm on S4C on Wednesday 24 November, or on demand on S4C Clic or iPlayer. English Subtitles available.