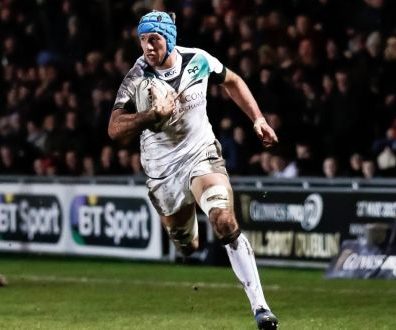 Ospreys captain Justin Tipuric has revealed his pride in his team for their “dominant” display in comfortably beating rivals Cardiff Blues.

Tipuric’s side won 17-3 at the Cardiff City Stadium on New Year’s Day, while the Scarlets were also clear winners – 20-3 – at home to the Dragons in their derby – results which suggest the old familiar order is now being restored in Welsh regional rugby, with the Scarlets and Ospreys leading and the Blues and Dragons trailing behind.

The Ospreys lay third in Conference A of the Guinness Pro 14, with the Dragons fourth. In Conference B, the Scarlets are second with the Blues back in 4th.

“We know we’ve been dominant, set piece wise, in the Challenge Cup so far; but to do it in the league tonight against such a good side as Cardiff Blues, fair play to the boys, was outstanding,” said Topuric.

The Ospreys took full advantage of the indiscipline in the home ranks as they powered to a one-sided victory.

Having been pipped 16-14 against the Scarlets in the first of their three Welsh regional derbies last weekend, the visitors used their scrum and driving line out to devastating effect to pick up only their second away win of the season in the league.

It ended up being a very unhappy return to Cardiff City Stadium for the Blues, who had to play with 14 men for 30 minutes as referee Ben Whitehouse hit them with three yellow cards. The Ospreys also picked up one for themselves, but had a second half penalty try to thank for seeing them over the line.

Ospreys head coach Toby Booth said: “It was good reward for the effort we put in during the game and I am delighted with that.

“You build a lot of your performances on set-piece and we were dominant in that area tonight which is fantastic.

“It makes the game a lot easier to play on the front foot than the back foot and you make yourselves harder to beat.

“The exciting thing for me is this group were disappointed afterwards they were not further ahead on the scoreboard.”

“We can’t give away 19 penalties and three yellow cards and come out the right side. I was really disappointed with our discipline.

“We need to clean that up. The intensity was not here for us tonight for a lot of periods and the Ospreys did have that.

“The venue was fantastic. It did not get the spectacle of rugby but it’s an awesome venue to play in.”

The Blues were seeking to make it three wins in a row for the first time against the Ospreys since the regions were formed in 2003 and drew first blood at the end of a cagey first quarter which saw both sides kicking for position and mistakes.

The breakthrough came in the 21st minute when Hallam Amos bucked the kicking trend and led a breakout from his own half that saw Aled Summerhill and Tomas Williams carry into the Ospreys 22.

The forwards piled in and the visitors had to concede a penalty at a ruck to hold their line. Up stepped Jason Tovey and over went the first points of the game.

In the build up to the move, Ospreys’ Welsh international centre Scott Williams picked up a left shoulder injury when he was cleaned out by Josh Adams and he had to leave the field. Tiann Thomas-Wheeler came on to replace him.

Back to back penalties by the home side then allowed Stephen Myler to kick the Ospreys into the right corner and a well set driving line-out maul ended up with hooker Ifan Phillips bagging the first try of the night. Myler added the extras to give his side the lead in the 32nd minute.

Dan Lydiate then had a terrible few minutes as he first conceded a penalty for taking out a player without the ball from the re-start. Tovey kicked to the corner and the Blues had two close range line-outs to try to reply in similar style.

A crooked throw ruined their plans and then a scrum penalty conceded by former Osprey tight head Dmitri Arhip allowed the visitors to clear their lines. The Blues had one last attack before the break after Lydiate had been given a yellow card for leading with his forearm in a ball-carrying charge into Tovey.

Once again the Ospreys defence held out and they were good value for their slender interval lead. Myler was just wide with a kick from 45 metres five minutes into the second half and then it was the turn of the Blues to play with 14 men.

As Lydiate came back onto the field after his 10 minutes in the sin-bin, home lock Seb Davies trudged off after pulling down a line-out. Myler extended the lead with a simple penalty in the 56th minute and the Ospreys were dictating the pace of the game.

The extra man paid off at a line-out 10 metre from the Blues line and when the driving maul was pulled down illegally, Arhip got another yellow card and Ben Whitehouse awarded a penalty try.

Arhip’s replacement, Scott Andrews, then saw yellow in the 68th minute at a buckled scrum to briefly reduce the home side to 13 men.