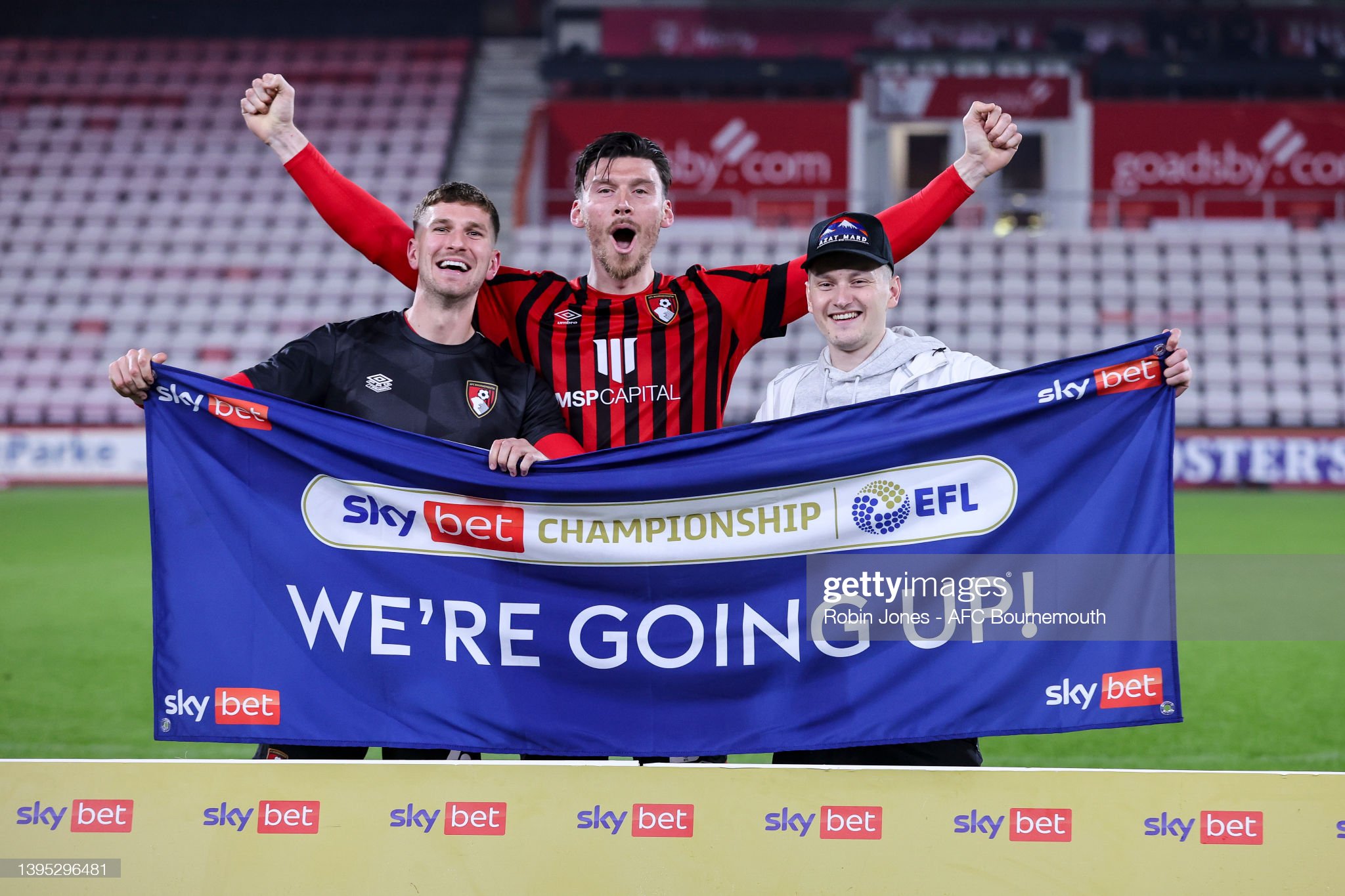 Kieffer Moore has been hailed as “amazing” by his manager Scott Parker after the Wales striker’s dramatic goal sent Bournemouth back to the Premier League on a night of double Welsh celebration for the club.

Moore fired home a decisive late winner against Nottingham Forest as The Cherries claimed the second automatic promotion sport behind champions Fulham with a 1-0 victory.

It was Moore’s third goal in two substitute appearances for Bournemouth who went into the match in upbeat mood after the news that Moore’s Welsh clubmate David Brooks has been given the all-clear after cancer treatment.

The 24-year-old announced in October that he had been diagnosed with stage-two Hodgkin lymphoma and was due to start treatment immediately.

Moore has also been sidelined in recent weeks, following his £3.5m move from Cardiff City in January.

The 29-year-old suffered a broken foot just three minutes into his debut for his new club and was out injured for the next 10 weeks.

He only returned last Tuesday night when he came off the bench to score twice against Swansea City and inspire an astonishing comeback from 3-0 down to snatch a point with a 3-3 draw.

Last night, he was at it again when he calmly slotted home an opportunity in the 83rd minute to leave Nottingham Forest unable to overtake Bournemouth on the final day of the season.

The promotion-sealing goal will also mean a £1m bonus for Cardiff, whose deal with Bournemouth included add-ons if the buying club achieved promotion after Moore’s move from the Bluebirds.

Wales fans will be hoping Moore retains his hot streak next month when he is likely to figure for Wales in their World Cup play-off final against either Scotland or Ukraine at the Cardiff City Stadium.

“If I was to show you what Kieffer has done in training, you will be gobsmacked,” said Parker.

“Kieffer, at Swansea, had trained one day. He had a setback with his foot and because of the needs, he put himself available on the bench.

“I said to myself, 10 minutes max at Swansea if we can get him on.

“Desperate measures, we’re 3-0 down and need to bring him on. He scores two goals, massive.

“And then tonight again he gets a winner to put us into the Premier League. So, an amazing story.

“A real shame we’ve not had him for when we brought him in, because I think we’ve seen over the last two games what he’s brought to this team.

“But he deserves this moment, I’m pleased for him.”

Moore told Sky Sports, “I’m speechless. When I came here, I had one goal. To have a setback like I did wasn’t ideal.

The celebrations followed the uplifting new about Brooks’ health with the winger confirming: “It has been a few months since my last update and in that time I have thankfully completed my cancer treatment.

“I would like to say a huge thank you to all of the incredible medical staff for their amazing work and support throughout the process.

“Last week I met with my specialist having reviewed my final test results. I am delighted to say the treatment was successful and I can now say that I have been given the all-clear and am now cancer free.

“Those words feel incredible to say and I am so thankful for all your messages and good wishes, these really helped me through the tough times. I am so excited to start the journey back to full fitness and continuing my football career.

“The lads at Bournemouth have had an excellent season so far and I am looking forward to being back at The Vitality to cheer the team on as we head into the most important fixtures of the season.

“I am determined to work my hardest over the months ahead and I can’t wait to be back out there playing in front of you on the pitch in the not so distant future. Thank you again. Best wishes, David.”

Brooks had played nine times for Bournemouth this season before his diagnosis.