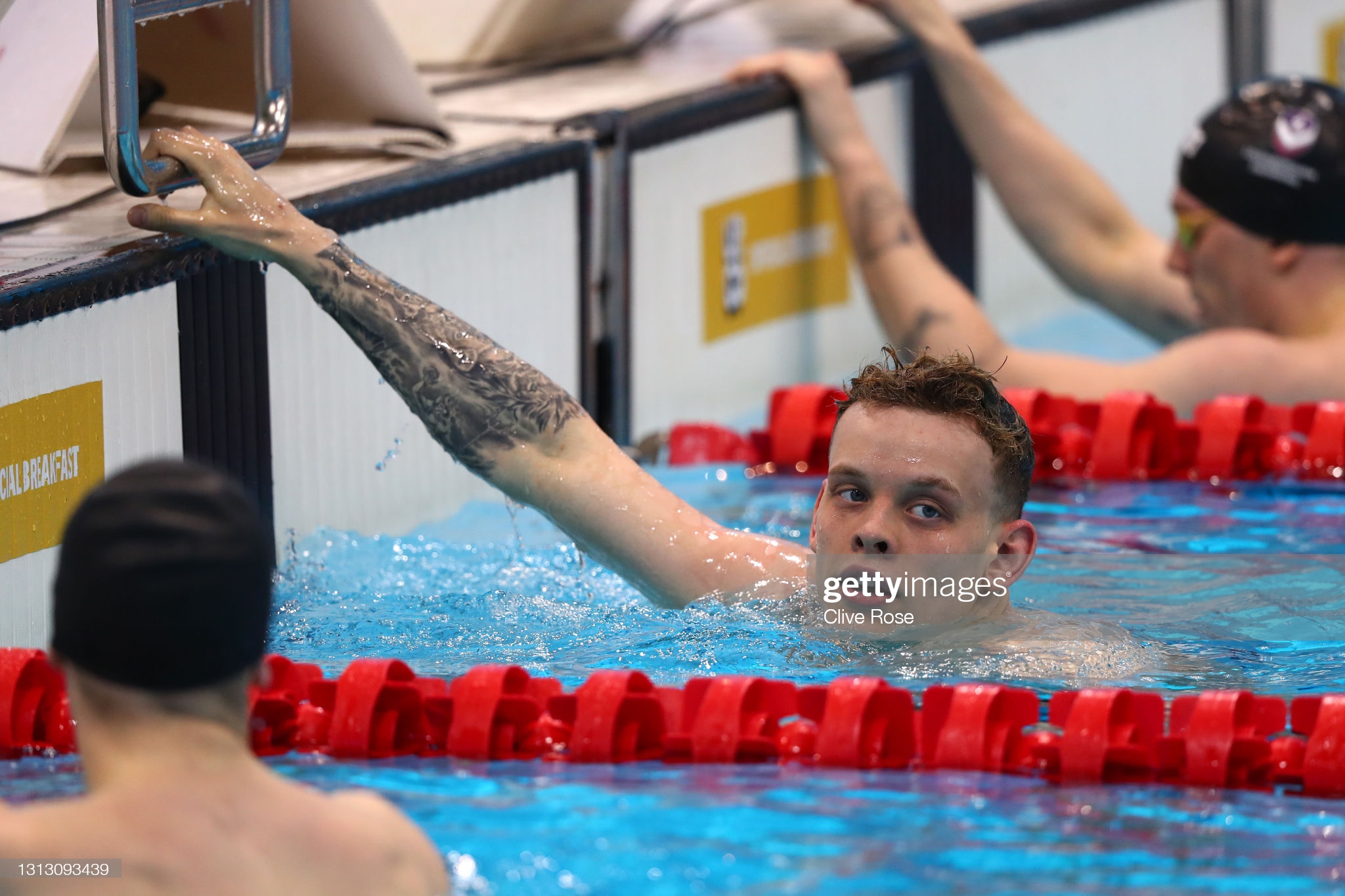 The 18-year-old – who broke two Welsh records at the selection trials in April – helped GB to finish second in a British record 4x100m relay time of 3:11.56.

Richards, who had swum the lead off leg in the morning heats with a time of 49.12 secs, went even faster on the second leg in the final.

The Bath-based swimmer clocked 48.13 as the quarter of Thomas Dean, Richards, James Guy and Duncan Scott finished second to the Russians (3:10.41).

“It’s a great experience for me, this being my first senior international, to be in a team like this,” said Richards. “It’s a great dynamic, a brilliant experience, and hopefully the first of many.”

Richards, who is also Tokyo-bound in July as one of six Welsh swimmers in the GB team, has amazingly not competed for Wales at senior level either.

Though born in England , he has opted to compete for Wales where his father was born.

Harriet Jones bowed out in the semi-finals of the 100m butterfly, clocking 59.05 to finish eighth in her race in the Hungarian capital

In the heats 200m specialist Alys Thomas just missed out, her eighth place in of 59.46 seeing her denied a spot in the semis by one place and 0.07 of-a-second.