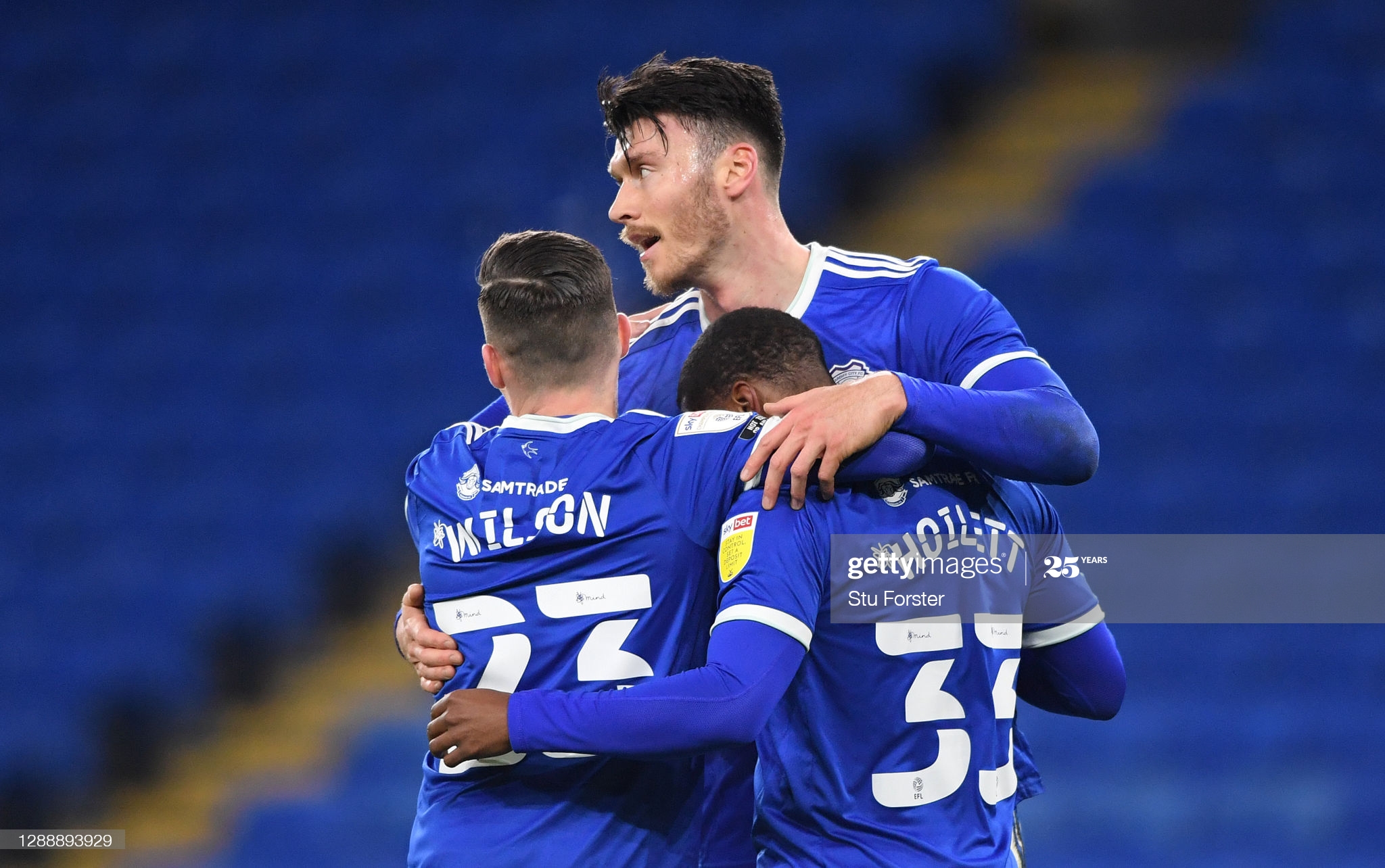 Cardiff City manager Neil Harris insists you cannot stop players from celebrating goals – and will be hoping there are plenty to get excited about against Norwich City.

The Bluebirds boss says the only way FA chiefs can stop players hugging each other to meet COVID-19 stipulations is to stop playing altogether.

“I can tell my players to adhere to the law, being sensible around the training ground,” said Harris, ahead of Saturday’s visit of the Championship pacesetters.

“We can follow protocol every day and on matchday as well. But the raw emotion of scoring a goal in the heat of the moment, you can’t control that.

Our sport is once again being used as a political football & a distraction. The game will no doubt adhere to rules not to celebrate goals. This is easily done, everyone will do what they can to keep playing, give us some enjoyment & something to watch during this dreadful time.

“What is a goal celebration compared to man marking when you have 14 people in the six-yard box. There has to be a realism to it.”

With the announcement of centre-back Sol Bamba being diagnosed with Non-Hodgkin Lymphoma, Harris described this week as his toughest of his managerial career so far.

“My toughest in football, certainly as a manager,” added Harris, who fought his own cancer battle. “Purely because of the mental side of things, physical aspect, making sure players and Sol are ok.

“But he is a great guy and I spoke honestly about his personality and his presence.

“Sol himself, his family, released a statement on Monday, so there were questions the players needed to know about Sol.

“I took a lot of questions from the group, but they responded in the manner fitting the group we have got. Some upsetting scenes on Monday, some boys were hit hard by it.

“But they know Sol is dealing with it, fighting it, but he wants our support. He wants to be in the changing room and on the pitch, but he can’t. He wants to see the players there for him. The players have responded brilliantly.

“It has to be that mentality for everyone connected with the football club.”

Bamba, who has been diagnosed with non-Hodgkin lymphoma, has been at the club since 2016 and played 111 games scoring 10 goals.

Harris added: “If Sol can be at the game then he will be, depending on how he is feeling.

I find it hard to believe the complaints about soccer players celebrating goals, because of covid. I could understand it if Rugby Union wasn’t allowed to play, the amount of body contact in rugby to soccer is vast.I can’t see a little cuddle by the soccer boys matters that much.

“He has been given nothing in his career, he has fought for everything and that’s what he wants to see. It’s not about team performance, it’s about individual characteristics at times.

“It hit everyone hard on Monday and that ripples away from the training ground as well. Sol has been great, and it has enabled us to focus on Norwich today.”

Harris – battling to save his job after a run of five defeats in six games – knows his side face a tough task against the Canaries, just a month after being outplayed in a 2-0 defeat at Carrow Road.

“Best team in the league,” said Harris of their opponents.  “Without losing anyone in the summer it made them pre-season favourites to go back up and they have stuck to that tag.

“We got undone by two super finishes, but we shot ourselves in the foot in the middle of the park.

“This weekend is going to be tough but it’s a game we can win. Then we have a run of games where we can build performances and results.”

Cardiff have been riddled with injuries the last month with the injury list getting bigger each game.

But some positive injury news as Wales striker Kieffer Moore is due back to feature on Saturday and other players slowing returning in the following week.

“Kieffer is back on the training pitch which is good news,” added Harris. We are hopeful he will be available for some part of the game.

“Greg Cunningham has been back in the training ground, but maybe not in the group at the moment.

“Jordi Osei-Tutu played 40 minutes for the under 23s and didn’t quite get to the half-time we aimed for. We have got to see how he goes, an initial precaution on the back of that hamstring injury, in the next 48 hours.”

City hope to have skipper Sean Morrison also back soon – but Norwich is too soon for the centre-back.

“Sean Morrison, getting closer at the time, and we have been really lucky with him, but Saturday is probably too soon for him.”

As we hit the halfway point in the January transfer window there has not been any new faces being added to the Bluebirds squad, but Harris hopes that they can get a player over the line in the next 48 hours.

“I am hoping we will have someone in by Saturday evening. We have been very close to another player, a defensive player, but it fell through at the last minute.

“in the FA Cup, he played well and will probably stay in the team. Good for them, gutting for us, but we need bodies in, nothing has changed for me.”

With one potential player coming in there is also likely that one player will leave the squad. Potentially on loan and is speculated that the player is out of favour Gavin Whyte who’s only played seven times for the Bluebirds this season.

“I said I certainly didn’t want anyone to leave the club unless we were bringing someone in.

“There’s every chance that someone might be leaving within the next 24 hours on a loan move because we’re getting somebody in, and I certainly wouldn’t want to lose somebody without bringing somebody in.

“We’re waiting to see at the moment. I won’t say too much more on that because I don’t want to talk unfairly about other people’s players.