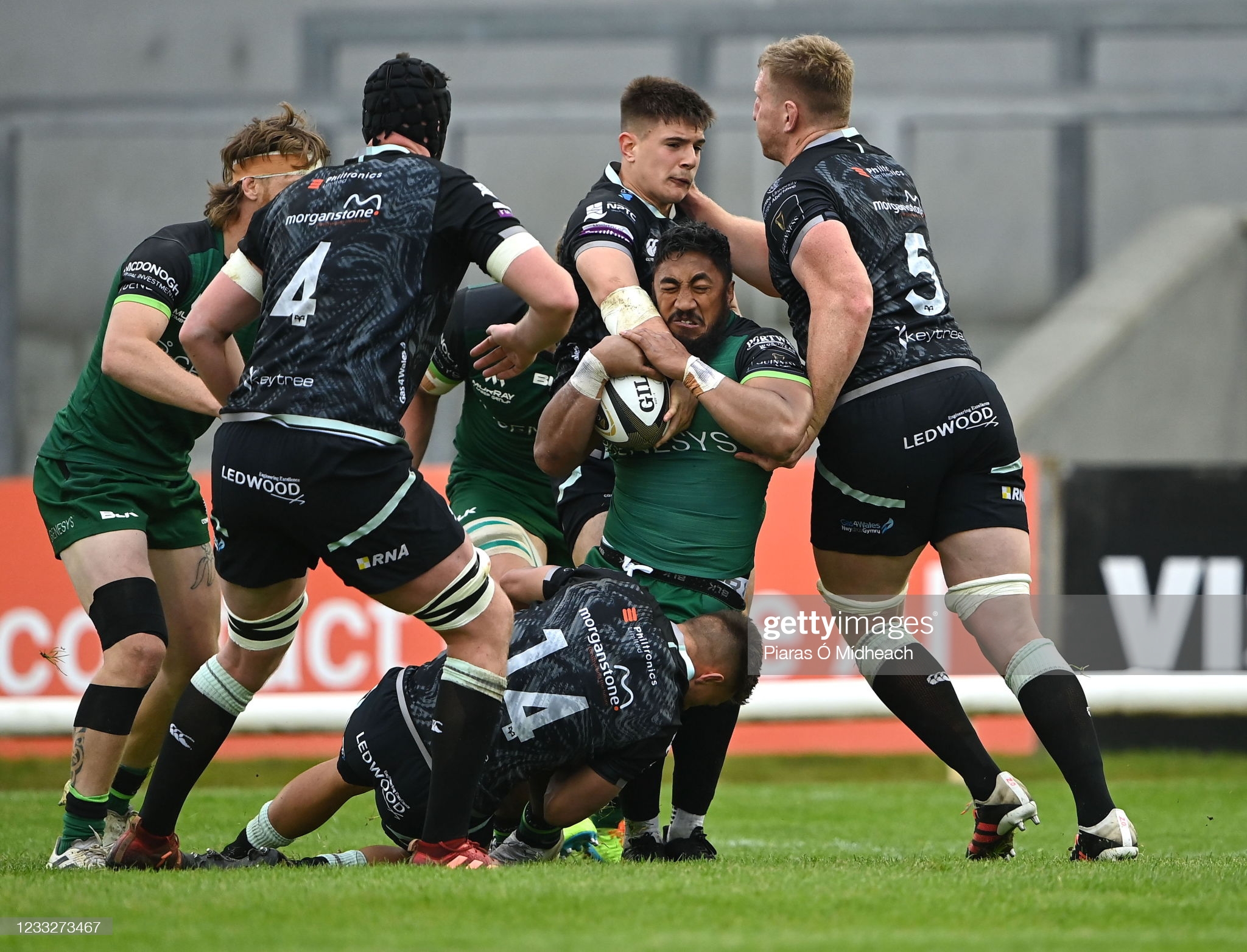 The top end of the Swansea Valley has been a hotbed breeding ground for sporting talent for years. Bleddyn Bowen, Robert Jones, Greg Thomas, Justin Tipuric and Ben Davies are just some of the stars the local schools have honed in various sports. The current crop isn’t bad, either – Wales and Cardiff City footballer Rubin Colwill and Ospreys centre Joe Hawkins, who plays against Munster on Saturday night, and who spoke to Graham Thomas.

Joe Hawkins is keen to follow his old football rival Rubin Colwill onto the full international stage, but is happy to bide his time.

Ospreys centre Hawkins and fellow 19-year-old Colwill – already a senior Wales football international after a breakthrough year at Cardiff City – used to play football against each other as 15-year-olds, until Hawkins gave his sole attention to rugby.

The pair were contemporaries making their mark in the Swansea Valley, although Hawkins went to Cwmtawe Comprehensive School just down the road, rather than Colwill’s Ysgol Gymraeg Ystalyfera.

On Saturday, Colwill will be trying to snap Cardiff City’s seven-match losing streak at home to Middlesbrough, while Hawkins will be dealing with the formidable challenge of Munster as the Ospreys welcome then Irish province in a match that is live on S4C.

“I played football against Rubin a couple of times for the school when we had some good battles between Cwmtawe and Ystalyfera,” says Hawkins, who caught the eye for Wales U20s in the summer.

“He’s doing really well with Cardiff City and Wales. When I came to year 11, I stopped playing football because the rugby became serious and I concentrated on that.

“But the amount of sports people who have come from the area is impressive. It’s a credit to both schools for the opportunities they provide. They give chances to everyone.”

Hawkins has certainly seized his chance since bursting into the Ospreys team a year ago when he was still only 18 years-old.

How Two Boys Went From A School That Hated Football . . . To Be Part Of Another Euro Adventure With Wales

Strong, powerful, but with subtle skills, Hawkins played 10 times for the Ospreys last season and has already come off the bench against both the Sharks and Benetton in the current campaign.

The son of former Aberavon centre David Hawkins and nephew of former Neath scrum-half Daniel Hawkins, if Joe is a chip off the old blocks then he is a much bigger one than the original blocks themselves.

His potential was spotted early and he was brought into the Wales U20 squad at just 17, but has the foresight to realise this season will be about taking on more experience at the Ospreys and soaking up the wisdom on offer from the likes of Owen Watkin, Gareth Anscombe and Stephen Myler.

“I had a leadership role in the U20s because I had played a few games for the Ospreys last season,” says Hawkins.

“But at the Ospreys, even though the players are older than me, we are all on the same team. We are encouraged to give input and everyone feels able to contribute.

“With Steve, for me it’s so helpful to see the way he previews opposition teams during the week – the way to exploit teams and things I wouldn’t have thought of.

“It might be, say, how the opposition wingers are defending. Maybe I would be looking a little closer in to the ball, he sees things further away that I haven’t seen.

“I want to establish myself a bit more at the Ospreys, get a few more starts and make an impact this season.

Myler with ice in his veins puts @ospreys ahead going into the last three miniutes.

“In the long term, like every player in Wales, I want to play for Wales.”

Like Alun Wyn Jones, the 37-year-old Myler is also an inspiration for Hawkins when it comes to how to look after the body of an athlete so that it’s still functioning after 20 years of professional sport.

Hawkins gets into the Ospreys’ gym for pre-training conditioning at 8.05am every morning. Myler is normally already there.

The Ospreys will certainly need Myler to be in the right shape to deal with the might of Munster, who will arrive at the Swansea.com Stadium having enjoyed an unbeaten start to the season.

Hawkins adds: “Munster’s track record speaks for itself. They are four from four. It’s going to be a big test, but we’re looking forward to it.

“I’m excited. As a young player you just want to play against the best players from around the world and this is an opportunity to do that.

Great to see Jack Regan named in the squad for Ospreys this weekend against Munster.

“Like all Irish sides, they are big and strong and powerful. They are well-drilled and they will keep coming at you.

“But we are three wins from four, so we’ve had a decent start to the season apart from one bump in the road against the Sharks.

“We bounced back from that away in Treviso, which is a tough place to get a win and especially to pick up a bonus point.

“So, overall, we are happy with the way the season has begun.”