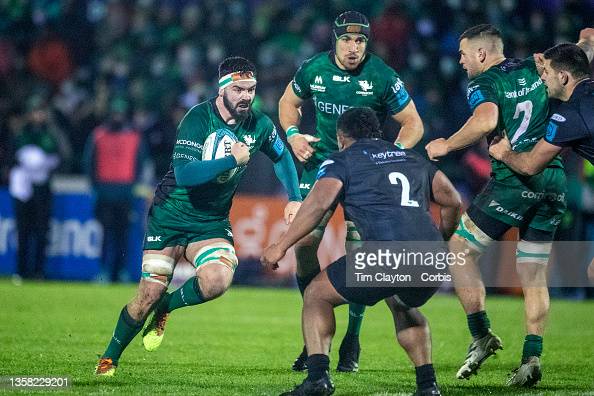 Every time Elvis Taione enters the building at the Ospreys training ground, the greeting is always the same.

“The boys here, they never say ‘Good Morning’ to me,” reveals the Tongan international hooker.

“It’s kind of become the routine. But I don’t mind that. It’s a bit of fun and I’m used to it. If I had a penny for every time over the years someone has said to me, ‘Elvis has left the building’, I’d be a very rich man.”

As Taione is now 38 years old, that would be a lot of pennies.

And it will be the same routine on Saturday evening – which just happens to be what would have been Elvis Presley’s 87th birthday – when the Ospreys go to Glasgow for a match that is live on S4C.

Back in Nukualofa in Tonga in 1983, there was an argument between Mr Taione and his wife, Mrs Taione, won the day.

“My dad wanted to name me something else,” says the man who shares the same Christian name as a few other rugby players such as Frenchman Elvis Vermeulen and Samoa’s Elvis Seveali’i.

“But my mum is a massive Elvis fan. At the end of the day, my mum won and so it was Elvis.

“I had to listen to quite a bit of Elvis growing up, but it wasn’t too bad as I spent most of my time outdoors.”

So, Elvis it was. And little Elvis has avoided overload of The King by staying outdoors pretty much ever since in a career that took him to New Zealand, Western Force in Australia, Jersey Reds and Exeter Chiefs before he landed – presumably, all shook up – at the Ospreys last summer.

Since then, he has become a mainstay of a youthful pack, playing in nine matches so far of this strange stop-start season.

He joined Exeter in 2014 when their gathering momentum was just starting to rumble and propel them towards the top of the English game.

“I think I have settled in here really well,” he says. “The young talent in the Ospreys is impressive. We are a team that is developing and it reminds me of when I first joined Exeter seven years ago.

“We were in the same spot – not yet able to win games week-in and week-out, but there was a bond being built from a tightknit group. It’s the same here.

“It’s a long process, but it’s one where we stick together and make sure we enjoy.

“When I first went to Exeter, there was a lot of raw talent there and it’s the same here at the Ospreys. There is a core of talent which is going to take this club to the next level.”

At the start of the season, one of those young players was Taione’s fellow hooker, Ifan Phillips.

But the motorcycle accident that left Phillips needing career-ending and life-changing surgery, means that particular mentoring relationship has come to an end.

“I worked with him a lot because hookers work closely with each other,” says Taione.

“What has happened to him, I wouldn’t wish on anyone. But sometimes in life, things happen and you have to deal with them.

“We have to make sure we now support him as much as we can. Even though he’s not around, he’s still a big part of the Ospreys.

“We can draw a lot from his energy and positivity. He’s still smiling and singing his songs and he’s a guy you can draw inspiration from.”

The accident, followed by the enforced absence of crowds in Welsh rugby means the start of 2022 has been something of a grim period for rugby in Swansea.

When they did try to put a smile back on faces in the festive derby by overcoming rivals the Scarlets, Taione admits it was an opportunity that got away.

“We made a lot of errors against the Scarlets and we’re better than that. It was one of those games we look at and feel we should have won it. Full credit to the Scarlets, they took their chances.

“At the end of the day, we still came away with a point and when the season ends that point could still be crucial.

“It’s a difficult time, not just for us rugby players but for everyone in Wales. But this is the way we are living at the moment and we just have to get on with it.

“At least I’m used to playing in front of no crowds because we obviously had it in England for a time, too.

“It could be worse. I feel for those teams whose games have all been cancelled. We’ve been lucky enough to play some games.”

At Glasgow, the Ospreys can make amends for their derby defeat, but with the wisdom of experience, the former Chief knows it will not be easy.

“They are always a difficult team to beat. When I was with Exeter, I think we played there three times and we drew one and lost two. So, it’s a tough place to go.

“But we have a game plan and we think we can deliver it.

“I just want to play. I am enjoying it and looking forward to putting my body on the line for the boys.”

Live coverage from Scotstoun of the United Rugby Championship match between Glasgow Warriors and the Ospreys. Kick-off: 5.15pm.