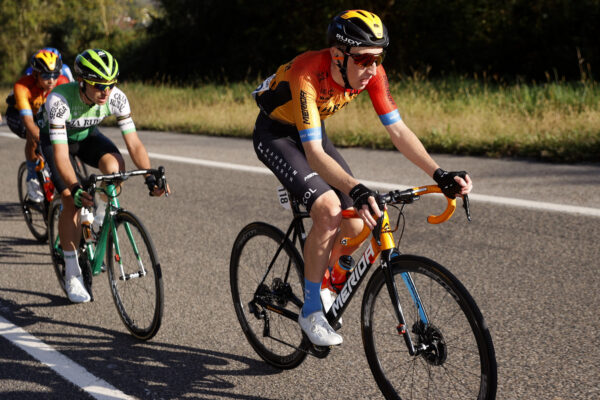 Stevie Williams has been given a huge vote of confidence by Team Bahrain Mclaren after being handed a new contract.

The 24-year-old had been sidelined for around 16-months by a knee problem that needed surgery last November.

Williams, who joined the then Bahrain Merida World Tour outfit in 2019, only returned to racing in March at the Czech Tour.

Delighted to extend my contract by two more years with @BahrainMcLaren. Great to continue my career with this team. Thanks for the trust and patience. Looking forward to 2021 🤝 https://t.co/pwrjPfPd4h

The Aberystwyth-born rider made his Grand Tour debut in the Vuelta a Espana, completing 10 of the 18 stages before withdrawing with a knee issue.

But now Williams will hopefully get a full season of racing next year when he returns from the off-season.

“We’re very excited to see what he will achieve next year,” the team said in a statement when announcing nine riders had been given new contracts.

Team Principal Rod Ellingworth said: “Despite 2020 being such an unsettling year these guys have remained 100 per cent focused, so it’s great to have them part of our journey next year.

“And as we close out this year, I feel there is a real sense of camaraderie in the team, and I think we’ll see that play out even more on the road next year.

“We will always be a rider first team, so the guys who are giving it everything on the bike are supported by staff equally committed to achieving success.”